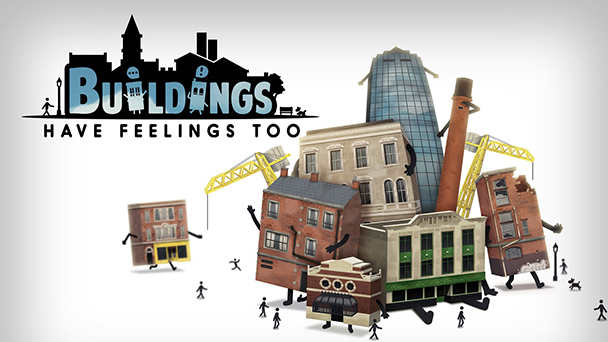 Buildings Have Feelings Too! wants you to have pity on aging structures and help them realize their ambitions. It’s a noble pursuit undermined by an ambiguous teaching, a clunky user interface, and a handful of bugs.

It is consistently stirring to see new adaptions of traditional genres. Blackstaff Games’ Buildings Have Feelings Too! provides more than a close-up, two-dimension perspective on the city management formula. The game also imagines structures as sentient beings, with worries, aspirations, and as moniker infers, even feelings.

Delve into the title and you’ll encounter a peculiar bit of exposition, as Pete an aging ‘Dock Yard’, is lamenting about his imminent razing. What follows is a bit of pensive acceptance among his fellow structures, save for the surly high-rise who feels he’ll never age out. When the wrecking ball arrives, Buildings Have Feelings Too! flirts with promise, suggesting an insightful reflection of the growing feeling of futility as we advance into out twilight years. 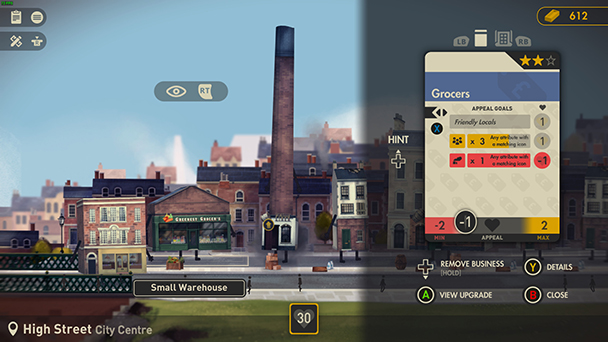 But Buildings doesn’t really deliver much in the way sentiment, with its structures merely speaking little more than requirements to the player. Head into the game’s tutorial and the only emotional response that you might feel is uncertainty. While autonomy is usually a good thing, permitting players to get into unexplained types of trouble makes for an inelegant first impression.

Placing certain types of buildings like factories can spread pollution to their neighbors, causing what Buildings calls ‘desrepair’. But unlike most city simulations, wayward placement can potentially push adjacent structures into permanent ruin. But there is a good chance that you’ll encounter this before learning about it. The instinctive thing would be to repair, but doing so will pushing you into a position where you’ll have to start the whole tutorial over. Instead, you’ll want to put the contaminated building out of its misery. Oddly, you’ll be forced into a quite a few demolitions during Buildings Have Feelings Too!’s playtime. So much for the feelings. 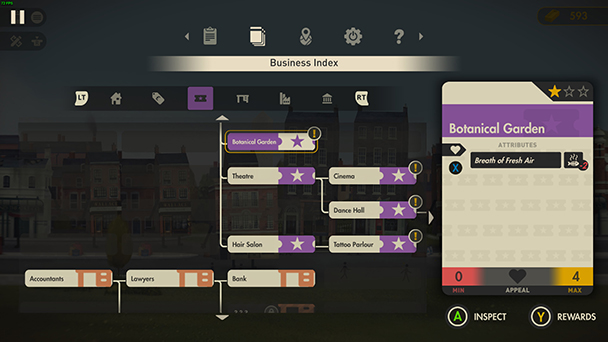 Additional issues stem from ambiguous wording across the game’s instruction and a user interface that isn’t always forthright with information. Although, it’s a rather attractive UI, you’ll have to dig into menus to read information that should be consistently visible. One example is an infrastructure card that might be impeding the appeal of a business. Instead of relying this information to players in a clear cut fashion, you must examine the building and scour through accompanying cards.

Navigational issues present additional problems. Seeing and hearing the protagonist building named, The Halfway Hotel, shuffle around is amusing, with the grumble of bricks and foundations shaking with every step. But he’s a rather clunky surrogate, and you’ll be constantly turning and tweaking building positions. 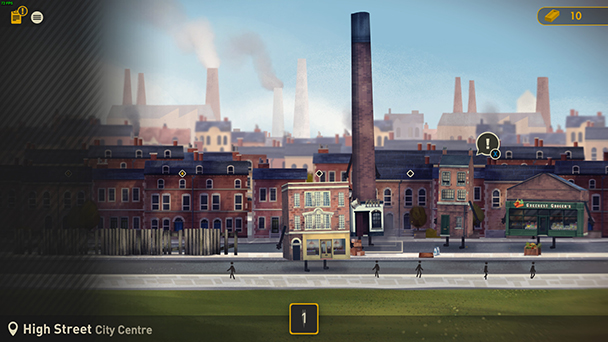 Moving structures requires players to escort the construction around, instead of just picking up and dropping them in place, which feels like a burden. The last kicker is the absence of any key rebinding on PC. It’s obvious the game was designed for console and shoehorned onto PC. But even with a controller, play can be fiddly, and doesn’t feel tuned.

Once you do make it out of the game’s introductory lessons, you’ll be tasked with revitalizing a multitude of districts. While you play as a civil engineer, the title can feel more like a puzzler as you strive to increase efficiency though physical placement and prioritizing duties. In execution, it is a constant balancing act, ensuring there are enough residential building to house workers, a sufficient number of workers to fuel industry, and elements like grocery stores and pubs to feed and entertain the populace. 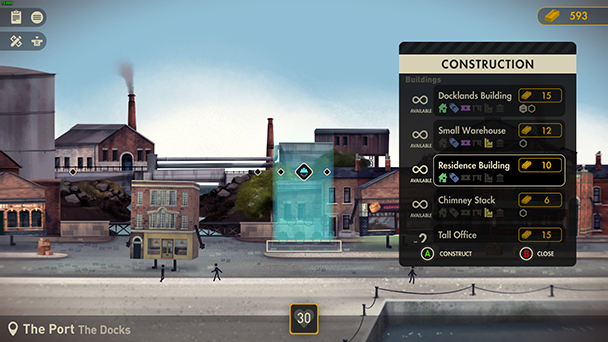 The short-term goal is upgrades, which allow each structure to maximize its resources. Given the persistently scare amount of space and the limited reach of building effects on its neighbors, goading gamers into think several moves ahead. But don’t expect a lot of freedom in your handiwork. All too often, solution sets for the game’s conundrums are narrow, impeding a sense of creativity. While you can place props, changing the backdrops for each block isn’t possible.

Although the game’s first hotfix remedied a number of issues, other persist. While vagueness impairs learning, bugs that prohibit menus from closing and markers that point to errant tasks can exasperate. Sporadically, completing all of the tasks in a neighborhood didn’t open up the next district, which was highlighted in the game’s menu. And whose idea was it to lock progress away in the pause menu anyway? If buildings truly have feelings, this game makes it quite difficulty to get in touch with them. 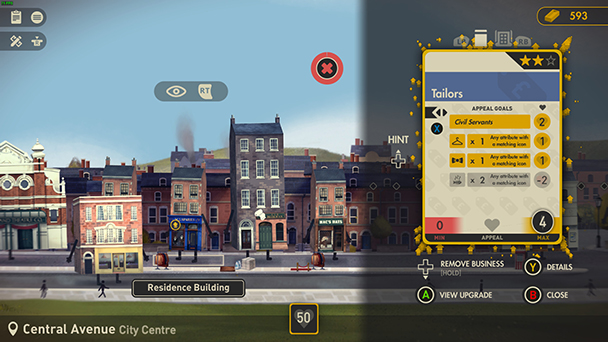 Buildings Have Feelings Too! was played on PC with review code provided by the publisher.

Summary : Buildings Have Feelings Too! is a creative concept undone by an incompetent tutorial as well as a number of trying faults.

Previous: Tasomachi: Behind the Twilight review
Next: Battle Axe review