Hopping Aboard the Bounty Train 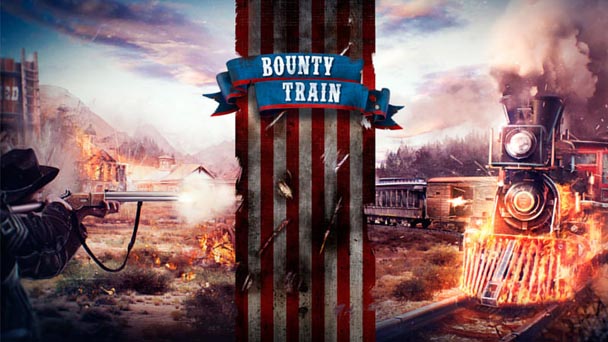 After a workday crammed with a plethora of projects, I obey the schedule of any dedicated PC player. That means within minutes of walking through the front door, I’m habitually neck-deep in a complex simulation that requires the juggling of multiple, tricky tasks. Quite often, these diversions demand more number crunching that an upper-diversion course in statistics, and I adore every last thorny minute of it.

Although Corbie Games’ Bounty Train is still in Steam’s Early Access program and won’t be providing a final build until next year, there’s a district feels that the studio’s effort will be eating away at my evening hours. Like any adept simulation, the game delivers just enough instruction before sending players into the fray, where they’ll gradually learn the rudiments of running a railroad amidst a late nineteenth-century context. 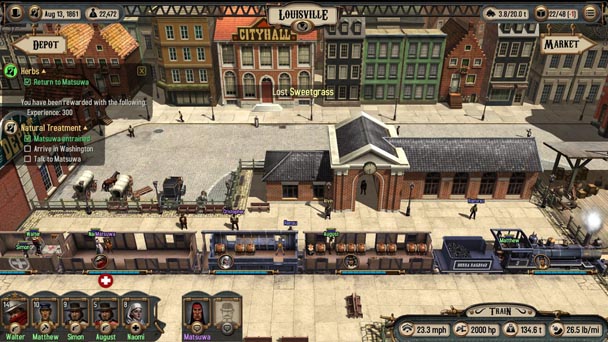 Interaction with the NPCs who gather around each transit hub deliver the bulk of the game’s expositional elements. Soon after starting Bounty Train, a character informs the protagonist of their father’s passing- and of the train that’s bequeathed as inheritance. There’s the insinuation that stress was a factor in your dad’s demise, as he was both struggling to retain control of the rail company and campaigning for a pancontinental route that didn’t infringe on Native American land. Like most simulations, gathering resources is a primary assignment, with locating your scattered siblings to regain majority control of the company representing an overarching goal.

Echoing the commodity trading exploiting of games like Elite and Freelancer, transport is the easiest way to make a bit of coin. Head to the center of town and you’ll be able to haul a variety of freight- with each accepted timetabled assignment showing up on the left side of your screen. Additionally, your train can also carry passengers, who’ll each have a specific destination to remember. Naturally, you won’t be able to carry an unlimited amount of cargo and commuters, making prudent use of space until your make enough money to purchase new container cars. 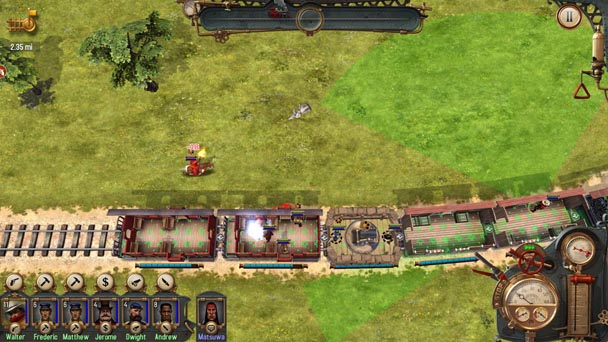 Beyond expanding the capacity your train, there are a number of other augmentations to make. Crew members can be hired, and offensive weapons like cannons and Gatling guns can be mounted, converting your at-risk railroad into a battle-ready bastion. Right now, the offensive weaponry still needs a bit of tuning, as it has the tendency to stop working. Perhaps, Corbie Games’ is reproducing barrel jams, which is a bit of verisimilitude best left for the game’s optional hardcore mode.

Leaving town presents two different, but absorbing duties. Engineering is by far the easier of the two assignments. Beyond positioning your character so that he can feed coal into the engine’s firebox, players also have to regulate the throttle to maintain a good rate of speed, but not proceed so fast- lest they’ll damage the engine. In execution, Bounty Train’s rail operation strikes a keen balance between accessibility and authenticity. Thornier, are the persistent attacks by bandits. While these outlaws are civilized enough to ask for a payoff in lieu of plundering, players won’t want to watch the bulk of their hard-earned wealth go to paying ransoms. 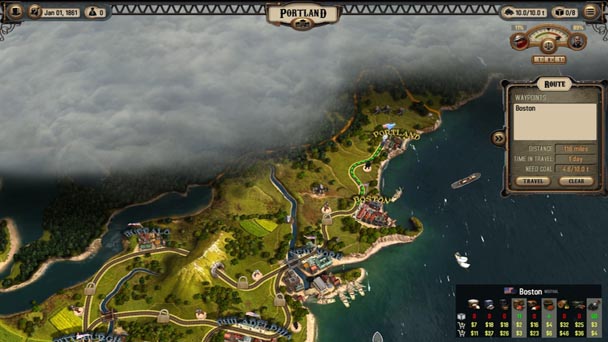 Evoking FTL’s interpretation of conflict, robbers encircle your train, typically fighting their way aboard. To repel the raiders, players can select their character, a hired gun, or a passenger before clicking on a bandit. Typically, each allied gunman while move to an optimal shooting position, empting their revolver at the raider. But these thugs are persistent and like to do thing like toss a stick of dynamite onto a rail car. While a character can be sent to extinguish the ensuing blaze leaves one less gunman to defend the train. While combat yields experience to characters, it take a while before most of your crewmen proficient become marksmen. Realistically, they demonstrate the same pistol prowess as bandits, making ambushes feel like consuming bloodbaths.

As it stands, combat is the component that needs the most tweaking. With scarce dividends for enemy killings, the role of rail security is a thankless task. It’s also a woefully lethal one, with a good chance of killing passengers unless players take steps to shield them from danger.  One simple fix would be to adjust the amount inheritance so players could bring more guards aboard. To a lesser extent, the game could divulge more details. Right now, playing the role of profiteer is difficult when each city’s market prices are buried in submenus. One final area to fix: the dialog box is a bit too small, requiring a superfluous amount of scrolling from players. 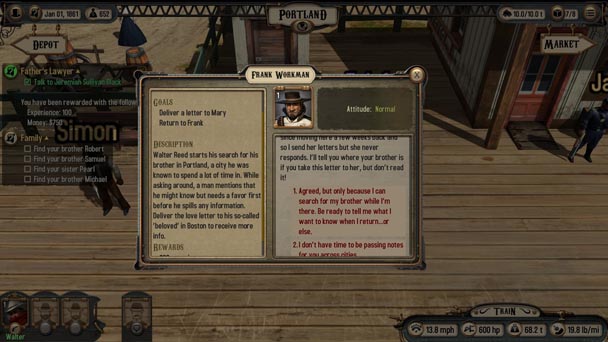 That said, for every drawback, Bounty Train delivers a multitude of great ideas. Wisely, the game makes the most of its historical context. In 1861, when the Civil War breaks out, the event becomes pivotal, allowing the player to capitalize off shortages. If the developers can insert a few more moral quandaries, then the game’s journey might truly be fascinating, allowing players to use ambiguous means to reach ethical ends. One of the more interesting elements is that your performance and decisions have the ability to influence the world around you, endowing Bounty Train with longevity.

As it stands, only combat detracts from the title’s enjoyment. But given Corbie Games’ track record of listening to player feedback, this blemish will likely be remedied. As soon as it is fixed, players are recommended to hop aboard Bounty Train. Likely, they’ll find an open-ended journey that deliciously daunting. Corbie Games’ has crafted a title that likely belongs in the Steam library of evening-hour sadists who thrill bending a staunch simulation into submission- and changing history in the process. 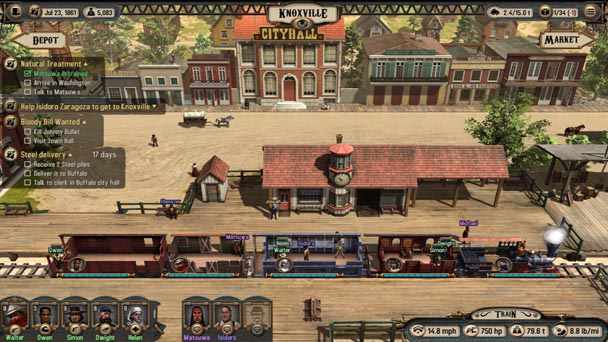 Bounty Train is currently available for $24.99 from Steam. A code was provided by the publisher for preview purposes.