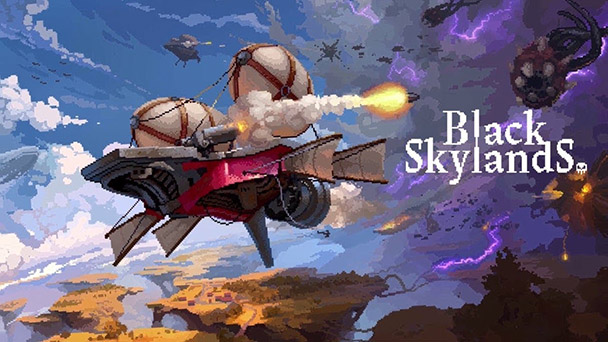 With plenty of gunplay and ship-to-ship conflict, Black Skylands offers plenty of gratifying open world action. But you might want to wait for a bit more progress before heading off to the cloud-based setting. 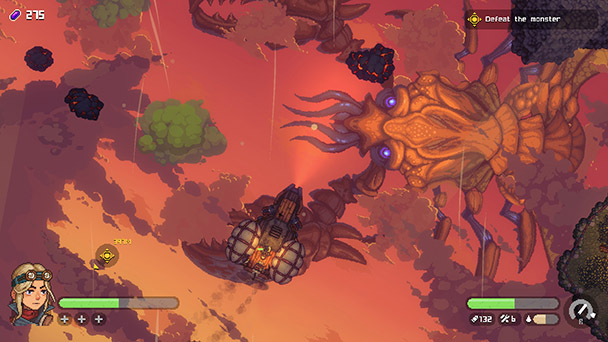 Wide-open, azure skies often signal tranquility. But that’s not the case with Black Skylands. Currently in an Early Access release, the skyborne world of Asypa has been plunged into turmoil, even since a member of the Earner faction returned home with mysterious specimen. Known as The Swarm, the species viciously took over the elevated archipelago. Once a family friend to the Earners, a falconer named Kain has restrained members of the populace, asserting that he’s protecting them from peril.

As the adventurer’s valiant daughter Eva, Black Skylands sends you traveling across lofty islands in everything from small skyrafts to hulking fatherships. The open-world title has a multiple of influences. While combat evokes the frantic twin-stick gunplay of Hotline Miami, there’s also the tranquil crafting of Stardew Valley. Beyond a multitude of pistols, machine guns, and craft-based cannons, Eva also carries a grappling hook. While it’s invaluable for zipping across gaps in floating islands, it can also be used to fling unsuspecting foes to their death. Hopefully, Skylands finds additional ways to use the tool at the game heads toward a mid-year 2022 launch. 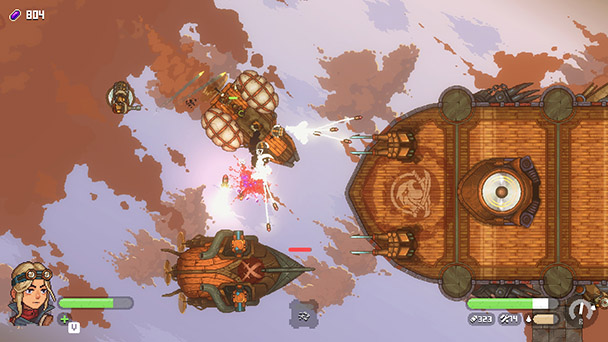 An Inaccurate Gun for a Birthday Present?

Like the early Grand Theft Auto games, Black Skylands’ action is viewed from an overhead perspective. Although the heads and shoulders of NPCs aren’t very distinct, the game uses character portraits to help define cast members. Likewise, interaction with inanimate objects can be confounding, between the point-of-view and the pixelated art style. But soon, Eva is given a gun and with a modest airship, starts making her way around Asypa.

The game’s targeting system displays the direction and approximate precision of Eva’s shooting, with bullets traveling between two a pair of markers. The meager pistol you’ll begin the game with isn’t very accurate and it’s intentionally difficult to hit a target while moving. But over time, you’ll apply different mods to the game’s guns, refining your marksmanship, as well as firing rate, damage output, and magazine size. Hopefully, developer Hungry Couch Games will reduce the size of the reload icon, which is large enough to obscure aiming. 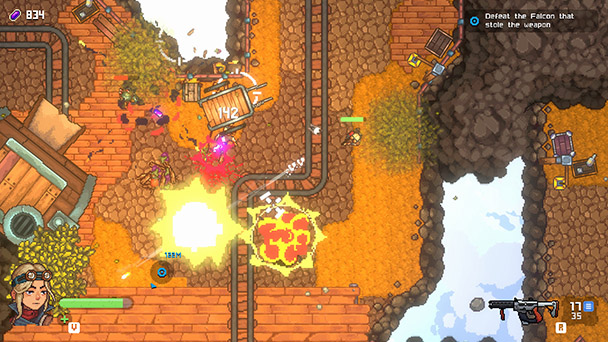 Starting From the Skyland’s Bottom

Similarly, you’ll be gunning your way through the stretches of sky between miles-high islands. Eva can seize the helm of everything from a lithe, but defensively challenged craft to an enormous floating vessel. Similar to her arsenal, your first ship is pretty bares-bones, with a limited capacity for hauling resources. But upgrades can help with maneuverability and lesson the impact when you’re hammered off-course by enemy ballistics. Luckily, you have defenses of your own, and simultaneously steering and firing side-mounted cannons can feel like commandeering a pirate ship. Ideally, the developers will increase the number of weapon systems allowing for some stimulating asymmetrical battles.

Currently, two tasks compete for your attention. The first is rebuilding the devastating Fathership. This involves traveling around the map and collecting resources to construct new buildings. These structures all feed augmentation systems, allowing for the improvement of weapons, equipment, and ships. Simultaneously, you’ll also be conquering islands, eliminating all enemies before declaring Earner control. While this is a staple for open world games, driving the action in everything from Just Cause to Far Cry, it’s not quite a well implemented here. All too often, foes will regain conquered territory, making your hard-won fights seem futile.

Although Black Skylands has many of the fundamentals down, elements like gunplay, ship to ship combat, and island takeovers still need tuning and nuance. Unless you truly appreciate assisting a developer refine their game, you might want to sit out on Skylands until some of its systems receive improvement. What’s here is promising, but in need of a bit more polish.