Berserk and the Band of the Hawk review 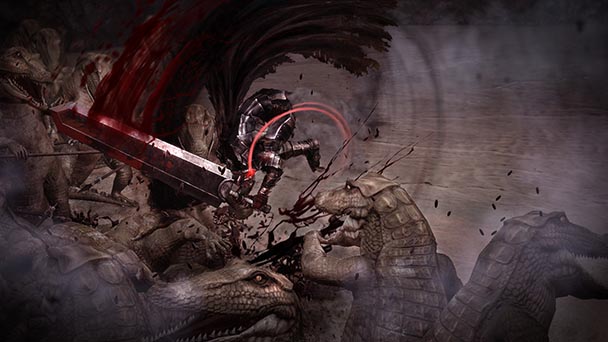 Unless you have an extremely selective gaming diet, there’s a strong possibility of familiarity with Omega Force’s musou games. Originally conceived as an action-oriented take on Romance of the Three Kingdoms, the developer has adapted its mechanics to fit a variety of divergent properties, from the brightly hued pastures of Hyrule Warriors to the heavy-handed Hokuto moves that fueled Fist of the North Star: Ken’s Rage. With the release of Berserk and the Band of the Hawk for the PlayStation 4, PS Vita, and PC, Omega Force tries their luck at adapting Kentaro Miura’s nihilistic manga into interactive form. While engaging at times and extending a wide swath of the Golden Age and Hawk of the Millennium story arcs, Berserk has several noteworthy transgressions that might limit the game’s appeal.

While Band of the Hawk irrefutably uses the musou template, players will detect a number of remarkable distinctions. With his affinity for massive weapons, main protagonist Guts controls quite different than say, Dynasty Warriors’ nimble Zhao Yun or lithe Nobuyuki Sanada from the Samurai Warriors series. When the hundred-man slayer picks up his signature blade, a massive broadsword known as the Dragonslayer, the game signals both the weight of the weapon and Guts’ incredible vigor. Before cleaving through crowds, the character often will often plants his foot or coil his body, communicating an forthcoming display of ferocity and forte, as lower foes are ripped apart. 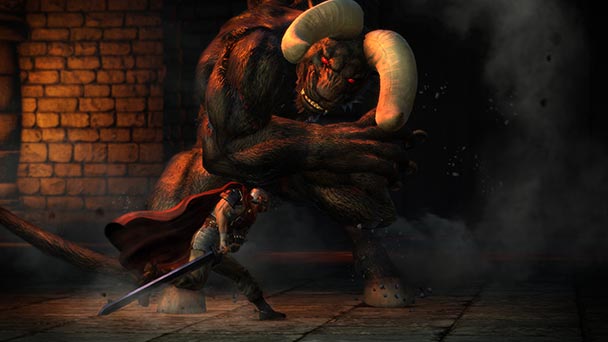 The initiation of each animation might be subtle but they really help to convey the sense of raw viciousness and overwhelming power that Berserk is known for. Similar, the combination of heavy and light attacks produce a number of over-the-top ways to thin the horde of interlopers. One combo impales an opponent on the end of your sword, before swinging the human shish kebab around to knock back any foolish enough to step into Guts’ territory. To further augment the sensation of raw aggression, Band of the Hawk sporadically allow players to damage the environment, with charges capable of crumbling stone monuments. It’s thoroughly invigorating and really makes you feel like a bad-ass.

Pleasingly, players aren’t limited to just using the Dragonslayer. Berserk’s forty-six story missions extend seven additional characters, with several showcasing different looks depending on where you are at in the overarching timeline. While eight playables might seem disappointing when contrasted with the gigantic rosters of Omega Force’s other titles, some solace can be found in each characters’ divergent moveset. Whether you favor melee, ranged, or area of effect assaults, you’re likely to enjoy taking control of at least a few of Band of the Hawk’s secondaries. One potential downside is their limited role in the game’s story campaign; you’ll probably spend more time leveling up each character and augmenting their abilities in either Omega Force’s time-honored Free Mode or the Endless Eclipse, then during their intermittent appearances during the main story. 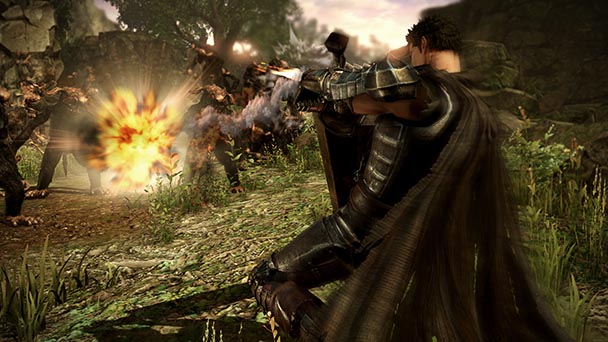 Boss battles play out differently that most musou showdowns thanks to the inclusion of a dash. Like most Omega Force titles, the only real reason to push the peons and level up your Frenzy Meter. Recalling the customary gauge of the Warriors games, you’ll power-up your ability by slaughter subordinates. But with Berserk, the meter has five discrete levels, goading gamers to delay the unleashing of pure power until a moment of life-threatening desperation. Once you do pull the trigger, the reward is getting to witness the kind of wanton violence that earned Band of the Hawk an “M” rating, with players becoming markedly bloodsoaked.

But confrontations with some of Berserk’s signature baddies also reveal some of the game’s more aggravating moments. For one, the game’s camera has the tendency to frame the action too tightly, and when near walls or grades the perspective can veer away from the fight. One other issue is that boss battles produce the occasional difficulty spike. Although Band of the Hawk has multiple levels of challenge, there’s a conspicuous gap between the antagonist exerted by lower enemies and Berserk’s notable nemeses. While there’s a thrill with battling some of the heavies from the manga and anime, showdowns were undermined by the battles that might prod players into spamming a succession of the same attacks. 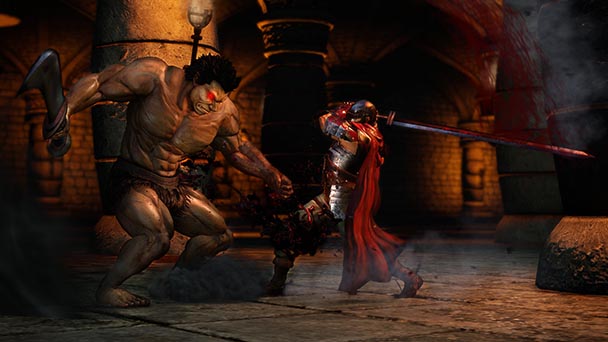 For fans of the manga and anime, Band of the Hawk offers an indulging way to reassess the storyline. For those who aren’t current, there are a few spoilers, so if the plotline is a priority for you, we’d recommend catching up before playing this game. Those who are will likely appreciate the title’s technique, where the action is occasionally interrupted by in-game or animated cinematic, reducing the predictability of play during the twenty-hour campaign. And with two hours of narrative implanted in the title, Guts’ transition from teen mercenary to vengeful adult is rendered adeptly. Wisely, Omega Force didn’t use any footage from the contentious new anime.

Years ago, interactive interpretations of anime were routinely middling, seemingly designed to extract money from eager fans. That began to change with the release of Sword of the Berserk: Guts’ Rage for the Dreamcast, a title which managed to capture the bleak tone and enraged violence of the source material. While it took seventeen long years for stateside gamers to see another adaptation of Berserk, Band of the Hawk is poised to similarly gratify fans. Mechanically, there are enough imperfections to dissuade those just seeking hack and slash indulgence, but those who fervently follow the source material will the jubilant just playing the game. 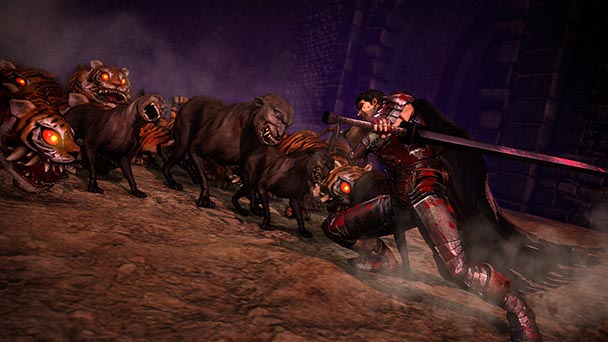 Berserk and the Band of the Hawk was played on the PS4 with review code provided by the publisher.

Berserk and the Band of the Hawk
Platform: PlayStation 4, PS Vita, PC
Developer: Omega Force
Publisher: Koei Tecmo Games
Release date: February 22nd, 2017
Price: $59.99 via PSN (PS4), $39.99 (Vita), $53.99 via Steam
Berserk and the Band of the Hawk review
Unless you have an extremely selective gaming diet, there&rsquo;s a strong possibility of familiarity with Omega Force&rsquo;s musou games. Originally conceived as an action-oriented take on Romance of the Three Kingdoms, the developer has adapted its mechanics to fit a variety of divergent properties, from the brightly hued pastures of Hyrule Warriors to the heavy-handed Hokuto moves that fueled Fist of the North Star: Ken's Rage. With the release of Berserk and the Band of the Hawk for the PlayStation 4, PS Vita, and PC, Omega Force tries their luck at adapting Kentaro Miura&rsquo;s nihilistic manga into interactive form. While&hellip;

Summary : Berserk and the Band of the Hawk isn’t as strong as Omega Force’s more evolved franchises. But even decent musou is going to please Miura-maniacs.