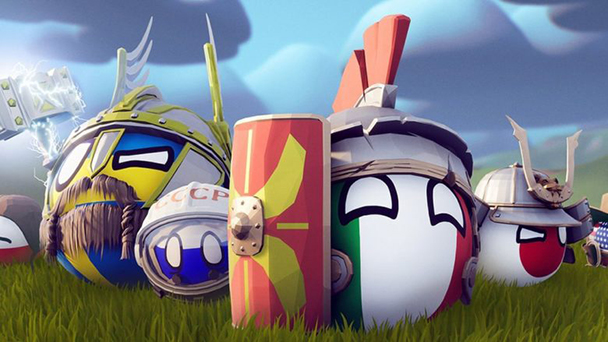 If Bang-On Balls: Chronicles continues to build upon its prodigious foundations, this could becomes one of the most auspicious debuts for an indie developer.

Despite being in an Early Access state, Bang-On Balls: Chronicles flaunts the kind of creativity and refinement often associated with premium priced games crafted by large studios.

Seemingly, this proficiency stems from the experience of its nine developers. Although Warsaw-based Exit Plan Games might be an upstart, its individual members have worked on famed franchises like Motorstorm, The Witcher, and Gears of War, before seeking the autonomy associated with a smaller developer. 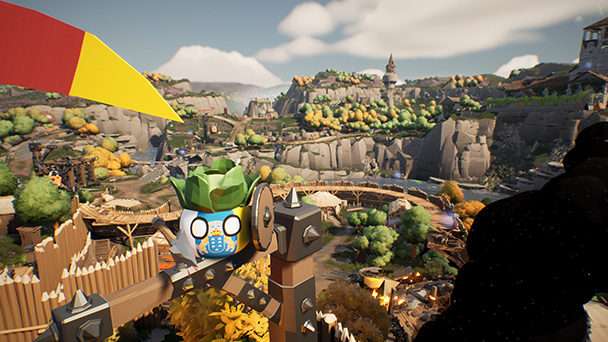 What’s remarkable is that Bang-On Balls isn’t like any of these aforementioned titles. The game certainly has subtle influences, and you’ll feel the thrill of open-world exploration perfected by Rare’s Banjo-Kazooie series. Combat centers on spheroids bumping into each other, channeling the accessibility of the LEGO games.

But oft-understated elements like artificial intelligence that can be seem uncannily lifelike or the thrill of mischievous destruction make the game immensely absorbing. Several times, the intention of an hour-long play session extended into an all-nighter. Chronicles is peculiarly proficient at hooking you in with stages crammed with things that seize your attention.

Belle of the Ball

You’ll start out with the game’s interactive tutorial. Here, you’ll learn the abilities of your orb. This include rolling around, double jumping, ground pounds, shielding, smashes, and ability to pull in adjacent collectables. They’re common abilities for three-dimensional explorational platformers, but when combined with taking control a sphere, can feel a bit like Sega’s Super Monkey Ball series.

Soon Bang-On Balls: Chronicles sets you free in an enormous Viking-themed stage. Your task is knocking down the masts from ships. Unlike most games that lets players pause the action and peer at a map, Chronicles chooses not to interrupt the action. With a button press, you’ll see your goal highlighted in yellow. Even if your objective in hidden behind an object, an outline is visible. Distance can be gleaned from the size of the highlighted object. 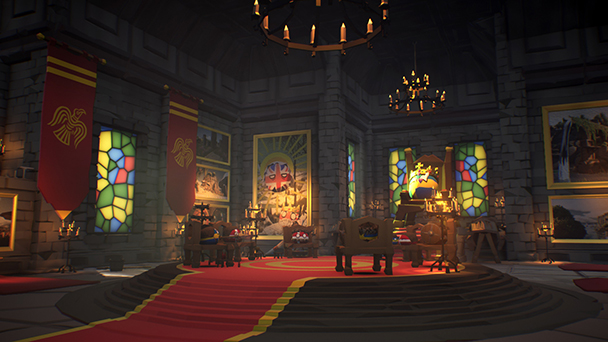 The Ball is In Your Court

As you make you way toward the goal, you’ll likely face a multitude of delightful distractions. Rival balls dislike anyone invading their territory and will try to bump into you, reducing your health level. While you can try to avoid them, it’s far more fun to smash into them. Each hit removes a pip from their visible health meter. Deplete it fully, and they’ll turn into skulls which can be shattered for further humiliation.

You’ll sporadically find balls that seem to be guarding elevated platforms. It’s great fun to sneak up and bump them into the water below. Often, they’ll recover, making their way to shore and climb back up to exact their revenge. Perhaps you’ll get a bit of sadistic joy in knocking them back down again. 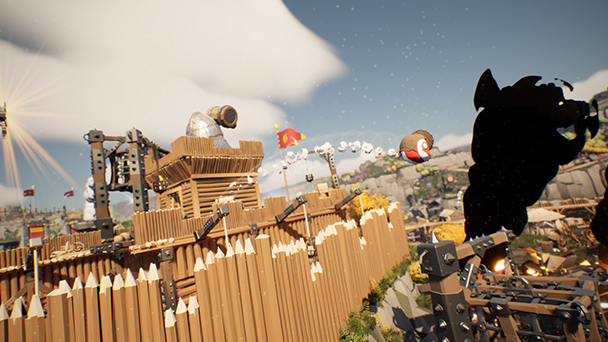 Balls of (and in) Steel

Other times, you’ll stumble on areas where a boss battle awaits. While I was making my way through one area (being ambiguous to not spoil the surprise) I stumbled across a room, was noticed by a horde of other balls and a spirited battle ensued. One other large sphere was standing defiantly in the middle of a colosseum, ready to challenge any orbital gladiators. I took the bait and got surprised when the boss ball spawned smaller subordinates. Pleasing, death wasn’t punitive, and Chronicles regenerated my ball at the last instant camera-like checkpoint I had passed.

Revisit your grave marker and you’ll even be able to gather your accumulated and dropped loot. Chronicles uses brilliant blue and white crystals for currency, which can be seen from distances. Once you obtain a pickaxe, you can even mine the crystals from deposits scattered through the stage. 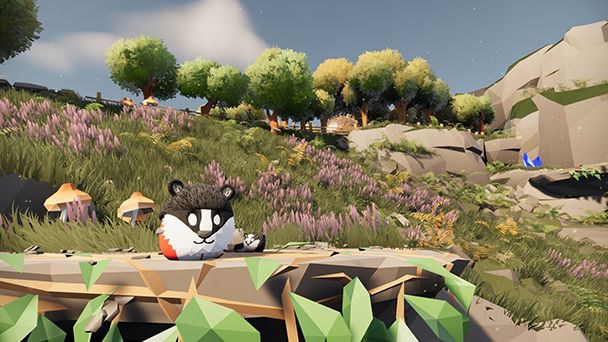 You’ll use these monies when interacting with vendors, who sell various outfits for your sphere. Underneath, you’ll wear a country skin (ala countryballs, an art style popular in online comics), but can put armor or a cloak over your orb. There are plenty of customization options, so if you want a mustached ball, you can change the look of your sphere on the fly.

For those who dislike solitude, Bang-On Balls: Chronicles allows for up to four online cooperative partners. Some boss battles are only triggered with multiple players. While play is enjoyable with multiple balls rolling and bouncing about, turning structures into splinters, some showdowns proved a bit too chaotic with a quartet of balls. Other than this minor misbehavior, Chronicles spirited play was a persistent delight, blending the pleasures of exploration, battles, and vandalism. 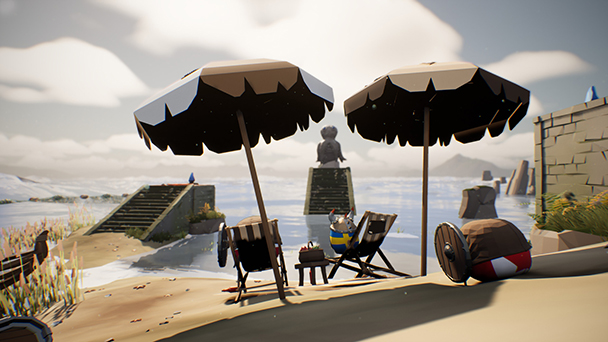 Although play is confined to a single stage at this point, Exit Plan Games pledges at least four additional worlds. If these stages demonstrate the density of hidden areas as well as topography that is thrilling to navigate, Bang-On Balls: Chronicles could easily outshine efforts from larger, well-financed studios, with a title that’s a fraction of the cost.