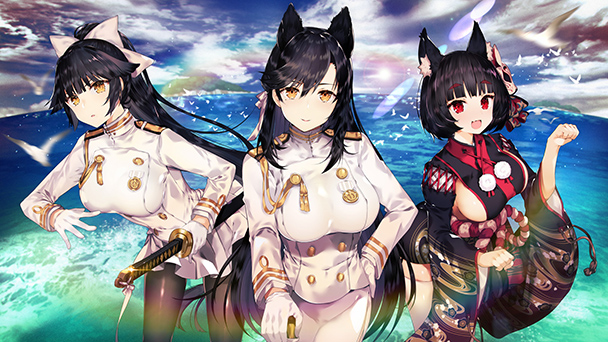 At least two of acclaimed director Quintin Tarantino’s feature films demonstrate the power of the medium. Both Inglourious Basterds and Once Upon a Time… in Hollywood entangle history and fantasy so tightly, it’s nearly impossible to differentiate between fact and fiction. Each also culminates in a dose of wish-fulfillment that’s so seductive, it’s difficult to not become entranced by the auteur’s alternate reality.

While not nearly as skilled in its delivery, the recent PlayStation 4 and PC release of Azur Lane: Crosswave takes a similar approach. The game’s prologue tells of four different naval factions, effectively representing England, Germany, Japan, and the United States amidst a World War II-era setting. But instead of being acrimonious enemies, they’re a coalition of United Nations-like allies who regularly train together. Oh, and it should probably be stated that the countries are represented by girl-ships. 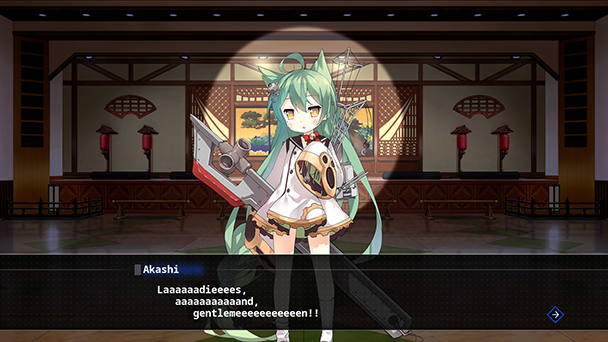 My Waifu is a Destroyer

If you haven’t played the mobile title that Crosswave is based on, that last statement might be a bit confusing. But those familiar with Shanghai Manjuu and Xiamen Yongshi’s 2017 game, know about Kansen, sea vessels like battleships, destroyers, and cruisers that resemble sexy anime women. Yes, there might be a bit of dissonance at first. But between monikers based on historical ships and protruding features like protruding masts and deck guns that give them a cyborg-like appearance, the suspension of disbelief is poised to be overcome.

Like Top Gun, the tranquility of training is quickly broken by the appearance of an outside threat. In Crosswave’s case, adversity arrives in the form of Sirens. Comprised of a massive armada of transport ships and air defenses and carrying enigmatic green cubes, they signal malicious intent. As Shimakaze, a prodigious rookie who is part of the Sakura Empire, you’re tasked with defeating the foe and well as securing the emerald-colored resources before they’re picked up by another ally faction. 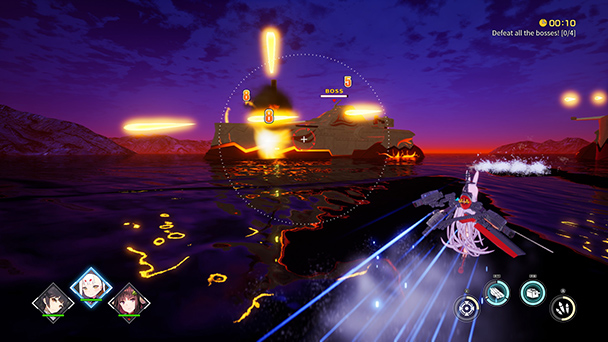 Who Torpedoed the Main Storyline?

With development duties handled by Compile Heart you’re probably expecting these vixen vessels to deliver a steady stream of double entendres about their buxom bulkheads or the curvature of their rudders. But all too frequently, Crosswave’s dialog just seems excessively verbose, offers infrequent punchlines and is woefully unambitious. A shift from free-to-play to premium priced product conveys expectations of enhancement. Sadly, that’s not the case here.

The set-up is rooted in Shimakaze and her comrade Suruga’s difficulty as rookies. Expectedly, there’s some self-doubt and the obligatory resolution found in battlefield triumph or the encouragement of others. Crosswave’s main campaign is spread across seven chapters, offering about six hours of visual novel-like exposition. But it pales in comparison to the game’s episode mode. Gradually unlocked by completing in-game conditions like purchasing new ships or sea battle success, these exchanges tend to be livelier than the main plotline, with Prinz Eugen occasionally stealing the show. 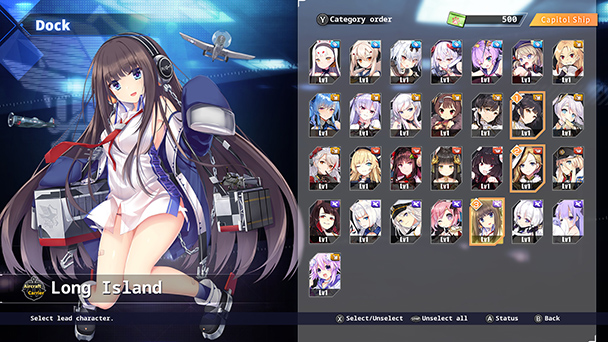 Look past the lackluster dialog and you’ll revel in Azur Lane’s artistry. Like the mobile version, the meticulously drawn character portraits are unfailingly gorgeous. Sure, there’s not a whole lot of animation that accompanies the verbal interactions, but there are a wealth of panties and curvaceous bustlines on display. Like World War II-era pin-up art where the sexuality has been cranked up, the game’s opulent visuals are one of its saving graces.

All Hands on Deck, or at Least the Keyboard

The mobile version of Azur Lane offered up 2D battles which blended the projectile dodging of a shoot ‘em up, with the cool-down weapons systems of a MMORPG. With Crosswave, combat is depicted in 3D. The shift retains most of the key elements, with players able to take up to six Kansen in fight, with a trio doing the fighting, while the rest offers support. Action is initiated through a quartet of buttons that are used for attacks, skills, and dodging. Although the tight third-person perspective means that you won’t always see a torpedo that racing toward you or the glowing warning that signals imminent bombs, Crosswave keeps the difficulty restrained for its first few hours. 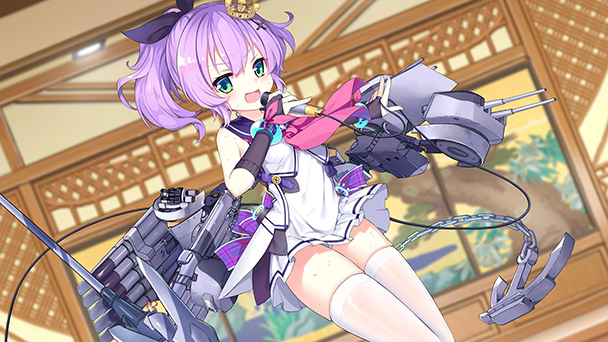 When the challenge level inevitably increases, you’ll use materials procured during battle and through exploring maps to purchase new Kansen, weapons and items. Battles have the tendency to be homogeneous, save for the inclusion of night-based conflicts which offer visual variety. As such, enjoyment stems from trying out new characters, and you adapt to their play style and augment their offensive the passive abilities. For some, the allure of upgrades might not be engaging enough, but Azur Lane fans burned out on bad gacha rolls just might appreciate Crosswave’s approach.

Azur Lane: Crosswave was played on PlayStation 4
and PC with review code provided by the publisher.

Summary : Azur Lane: Crosswave imagines a world where the atrocities of war are replaced with adorability. Be aware that the bulk of playing time is spend in visual novel-like exposition rather than in battle before enlisting.