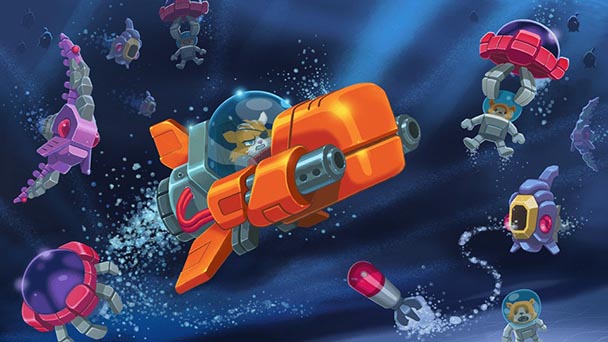 In the grand pantheon of arcade shooters, few are more prestigious than 1981’s Defender. While the William Electronics-developed coin-op wasn’t an immediate success (creator Eugene Jarvis has blamed the groundbreaking five-button control method), the game proved to be immensely popular in the long run- earning over a billion dollars in revenue, one quarter at a time. It’s also the only interactive work ever memorialized on a U.S. postal stamp, with a depiction of two children playing the 2600 port released in the 2000 “Celebrate the Century” series. Beyond spurring a sequel, a board game, and a pinball machine, Defender also inspired a slew of imitators, from early knock-offs like Parsec, Chopper Command and Attack of the Mutant Camels to later works like R-Type, Gradius, and Resogun– titles which all offered their own loose interpretations of the celebrated horizontal shooter.

Players pining for the purity of a proper Defender clone might have stumbled upon Aqua Kitty in the now-defunct PlayStation Mobile Store, or the Milk Mine Defender DX, a sequel that brought the game on PlayStation 4 and PS screens. Recreating the core tenets of the early arcade game, Aqua Kitty tasked players with protecting a pack of subaquatic, diver-suit clad felines from a steady succession of foes who were hell-bent on transporting the cats to the water’s surface. While a few mechanical tweaks prohibited Williams (now owned by lottery terminal manufacturer Scientific Games) from harassing developer Tikipod, make no mistake: Milk Mine Defender captured the style and spirit of the seminal arcade cabinet. 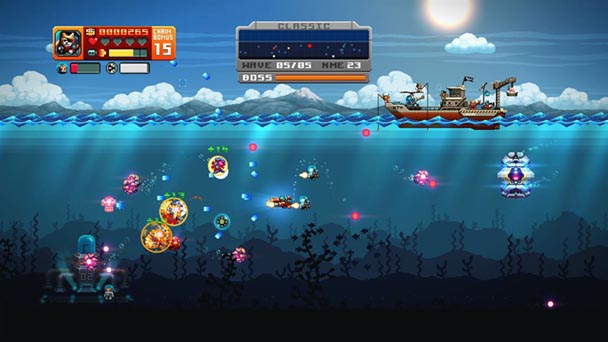 Skepticism might seem natural upon news of Aqua Kitty UDX Xbox One Ultra Edition, the third iteration of Tikipod’s fetching feline-guarding shooter. But beyond uniting the series’ core campaign, a standalone arcade mode outfitted with a Gradius-esque power-up system, and a survival mode called Infinite Expresso, the most remarkable addition is the inclusion of Dreadnaught, which radically changes the way Aqua Kitty is played.

In Dreadnaught, players take on hulking, multiscreen vessels, each teaming with offensive weaponry. Beyond destructible walls, there’s a variety of projectile producing turrets and the relentless release of schools of enemies. As if that wasn’t enough, the big ship will periodically drop a barrage of depth charges, turning the subaquatic area into a labyrinth that’s jammed with lethality. The gradual demolition of all these defense units feels engaging, with players working their way to each Dreadnaught’s newly exposed and glowing core, peppering the port with each fire until the ship is pushed toward implosion. While the mode has the larger-than-life feel of a boss battle, it’s also a time attack, with scoring grounded in just how long it took to topple the colossal craft and bonuses awarded for feline rescue. Perhaps the only transgression is the lack of visual signaling to indicate the state of core damage. 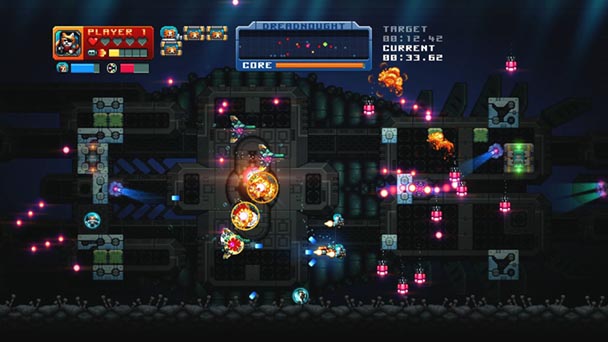 Given the number of on-screen enemies and bullets across all game modes, a responsive control scheme is essential for Aqua Kitty’s success. Fortunately, the game delivers, offering a movement method that echoes the style of Defender, while removing the forward momentum that could have inadvertently propelled players into peril. Forgoing a hyperspace option, the main tool in the player’s arsenal is a rapid-fire laser, which is linked to a cool-down timer. Like any prodigious action game, the desire to use the secondary is strong, but so is the wisdom that players might need to save the power for the next screen of opponents. The capability is especially useful for the game’s boss battles, where predictable patterns allow for diminutive windows of offensive opportunity. Additionally, players can earn tools like Raiden-like cluster bombs or guns which fire in multiple directions.

One element that will undoubtedly captivate gamers is the game’s graphical output. Offering sumptuously drawn pixel art, Aqua Kitty UDX looks like it jumped right out of the 16-bit era, if the SNES and Genesis/Mega Drive were capable of delivering high-resolution output. One of the more subtle charms of Aqua Kitty’s aesthetic arsenal is the game’s backdrops, which change between each cluster of stages, but offer an array of eye-pleasing trimmings. From parallax scrolling, particle-producing  explosions, and even subtleties like an upsurge of water when a detonation happens near the surface demonstrate an adept attention to detail. Socially, Aqua Kitty’s pulsating beats and wailing synth sweeps sound evoke the same era as the visuals. Players could be forgiven for thinking that the sound team is putting the Genesis’ cherished Yamaha YM2612 chip through its paces. 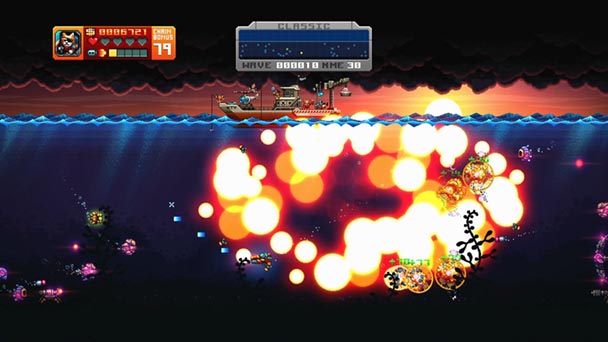 For players who played previous iterations, UDX provides several reasons to double-dip. Beyond the addition of Dreadnaught Mode, the ability to change difficulty during a campaign is welcome, softening the frustration of not being able to pass a specific mission. Tuning has also been applied to Infinite Expresso, with action coming to a rolling boil after a five minutes a play, creating engaging but concise play sessions. For those who played the Vita version, the inclusion of force-feedback to indicate damage to your ship and local co-op are two gratifying inclusions.

In the last few years, the number of Defender derivatives have decidedly shrunk, with many developers focusing on mechanically complex, narrative-based titles. For players who miss the appeal of these arcade-born amusements, Aqua Kitty UDX is a mandatory purchase. While the title may not offer an ocean of innovation, its subaquatic action is irrefutably competent shooter that’s as captivating as catnip. 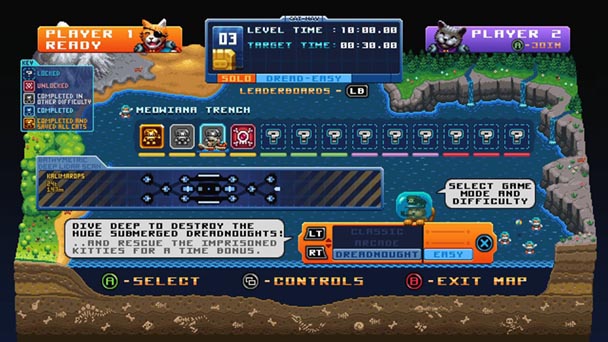 Aqua Kitty UDX Xbox One Ultra Edition was played on the Xbox One with review code provided by the developer.

Aqua Kitty UDX Xbox One Ultra Edition
Platform:
Xbox One
Developer: Tikipod
Publisher: Tikipod
Release date: February 2nd, 2017
Price: $8.99 via the Xbox Game Store
Aqua Kitty UDX Xbox One Ultra Edition review
In the grand pantheon of arcade shooters, few are more prestigious than 1981&rsquo;s&nbsp;Defender. While the William Electronics-developed coin-op wasn&rsquo;t an immediate success (creator Eugene Jarvis has blamed the groundbreaking five-button control method), the game proved to be immensely popular in the long run- earning over a billion dollars in revenue, one quarter at a time. It&rsquo;s also the only interactive work ever memorialized on a U.S. postal stamp, with a depiction of two children playing the 2600 port released in the 2000 &ldquo;Celebrate the Century&rdquo; series. Beyond spurring a sequel, a board game, and a pinball machine,&nbsp;Defender&nbsp;also inspired a slew&hellip;

Summary : While Aqua Kitty UDX might be cute as a newborn calico, the compelling and challenging shooter also conceals a treacherous side, aspiring to sink its claws into your unsuspecting skin with this definitive edition. 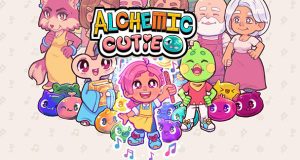