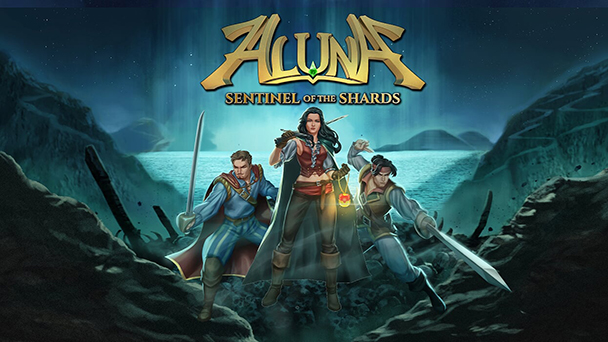 With a promising premise and combat modeled after successful isometric hack-and-slash titles, Aluna: Sentinel of the Shards demonstrations potential. But both plot and play fail to capitalize on the game’s ambitions. 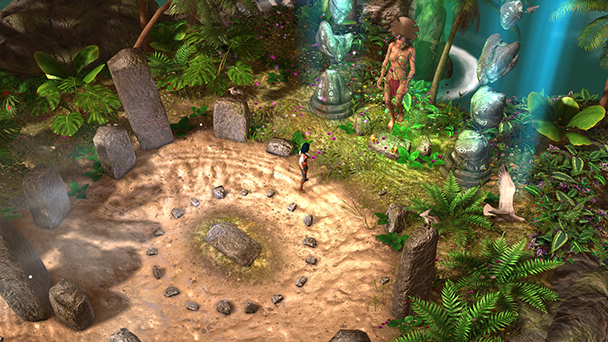 There’s a multitude of fulfilment found in most Diablo-like games. Motivation is often rooted in loot systems, where the possibility of better weapons and armor lingers over the action. Combat is alluringly accessible on the surface. But soon, the real-time management of cool-downs and the regulation of health and mana potions provide sophistication. There’s also the thrill of exploration, with some of the best efforts regularly providing new locations and adversaries to help offset tedium.

But Diablo clones have a rather disheartened downside as well: they are habitually situated in Tolkien-esque settings that revisit well-worn fantasy tropes. As such, the context for Aluna: Sentinel of the Shards feels refreshing, even if the game doesn’t capitalize on its setting. But sadly, the game’s hack-and-slash action is derivative and lacks polish, making the experience feel like a trudge. 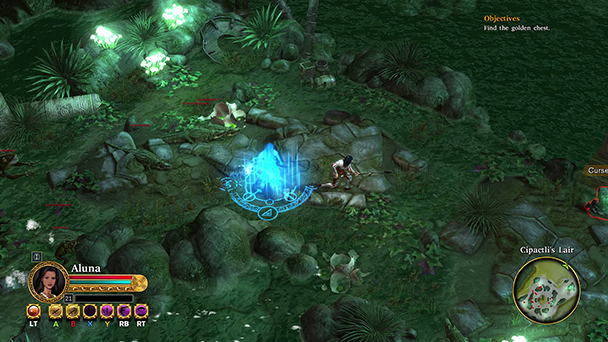 The Dominance of a Demigod

Based on Paula Garces’ and Antonio Hernandez’s The World of Aluna comic, Sentinel of the Shards offers a noteworthy backstory that attempts to sidestep formula. Lead character Aluna is the daughter of conquistador Francisco Cortes and revered Inca Goddess Pachamama. Tragically, her mother perishes when protecting Aluna from a falling meteorite. The sacrifice results in the goddess’ body splintering into a myriad of emerald-colored shards. Revealing the bond between mother and daughter, Aluna’s strength emanates from one shard worn around her neck, at least until a monkey steals the fragment in the game’s prologue and wanders into the jungle.

Undoubtedly, the 16th century setting has a lot of potential, with Aluna being in the middle of two oppositional cultures. Prudently, the game draws on some of its source material, with comic-style cutscenes that divulge more detail and emotion than what the character models can convey. The in-game storytelling isn’t as successful and it’s disappointing that the game couldn’t work more comic panels into its plotline. They might have helped to flesh out many of the motivations and feelings of main characters. 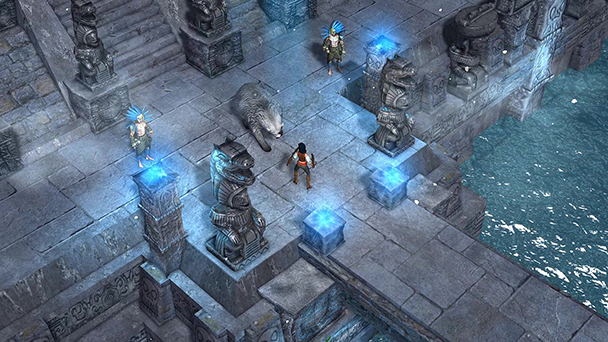 An Adaptation That’s Light on Details

Sentinel of the Shards does little to explain the significance of Pachamama, who is akin to Mother Earth for many Inca descendants. Instead, conflict is mostly a mere consequence of Pachamama’s sacrifice, rather than a blood-stained clash of worldviews. A priest named Nagaric attempts to collect the shards in an effort to subjugate the native Tairona populace. Meanwhile, nature is corrupted in the goddess’ absence, turning against Aluna.

But the fragile relationship between humans, nature, and the land never gets much attention in the script, which was penned by Assassin’s Creed and Batman: Arkham Origins writers. NPCs tend to have a limited amount of dialog and all too often that’s used to advance the plot instead of reflecting on weightier issues. Given the brevity, my guess is the writers were behind the spin-off adaptations of Assassin’s Creed and Batman: Origins rather than the mainline entries. 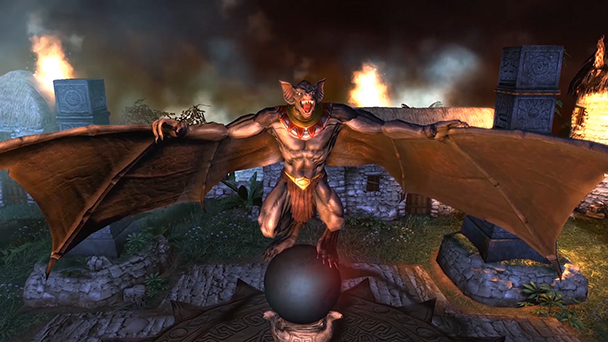 Similarly, Sentinel of the Shards’ gameplay can feel like a second-tier effort as well. Sure, all of the fundamentals are here, with Aluna having access to melee, ranged, and magic abilities mapped across six controller buttons. On the upside, there’s a lot of flexibility and a pleasing demonstration of character growth. Initially, you’ll start the game with single melee attack that requires precise positioning. But as you gain experience, fill out the game’s tech trees, and gain new weapons, you’ll acquire powerful AOE attacks and potent ranged weapons that obliterate opponents before than can touch you.

But lackluster artificial intelligence provides as much benefit as an augmented arsenal. Expectedly, enemies will approach and attack when you draw close. But move away, and they return to their initial position, provoking players to exploit a back-and-forth tactic when attacking. Other times, they’ll get stuck on an environmental object and turn pacifistic, making for an effortless and uninteresting kill. Unlike many of its contemporaries, Sentinel of the Shards rarely mobs its players. All too often, adversaries approach you in restrained numbers, reducing the need to use the endless (but cooldown timer regulated) health potions. Collectively, these small issues ebb away at the enjoyment. While fighting isn’t dreadful, it becomes tedious far too soon.

At least some of the monotony is tied to the overuse of visual assets. Sure, Sentinel of the Shards’ jungles, temples, and caves, are made up of attractively drawn pieces. But there’s not enough variety in each milieu, and you’ll seeing the same features repeatedly. Another issue stems from the game’s mini map that only offers a single, static overhead perspective. While the game gives you waypoints to follow, occasionally navigating there can be troublesome given the game’s linear, labyrinthine pathing. As such, you probably developer the habit of ignoring the map and just hugging the walls of each area.

Aluna: Sentinel of the Shards was undoubtedly a labor of love for the developers, who envisioned an interactive adaption of the bicultural heroine. But Diablo-like games can make for an uneasy conduit. Not only do they not lend themselves to involved plotlines but play can be difficult to balance. Aluna’s attempt is admirable, but she might have fared better in a less popular, but more expository media like a visual novel.

Aluna: Sentinel of the Shards was played on PC
with review code provided by the publisher.

Aluna: Sentinel of the Shards review
With a promising premise and combat modeled after successful isometric hack-and-slash titles, Aluna: Sentinel of the Shards demonstrations potential. But both plot and play fail to capitalize on the game&rsquo;s ambitions. There&rsquo;s a multitude of fulfilment found in most Diablo-like games. Motivation is often rooted in loot systems, where the possibility of better weapons and armor lingers over the action. Combat is alluringly accessible on the&hellip;

Summary : Aluna is a character with a lot of potential. But Sentinel of the Shards makes for a rather mediocre hack and slash. While it’s not downright bad, there are enough issues to dampen the experience.