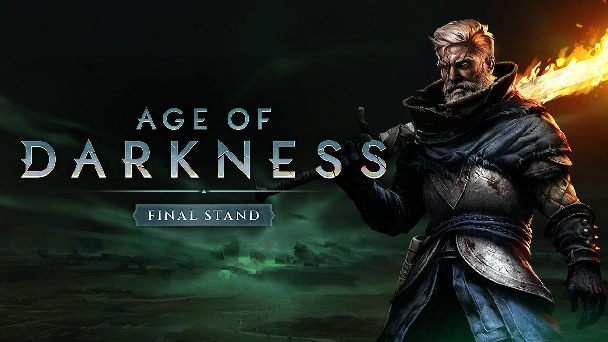 In need of a humiliation? If so, you might want to make Age of Darkness: Final Stand your next masochistic undertaking. Good luck with constructing a fortification that can withstand onslaughts of 70,000 simultaneous attackers. 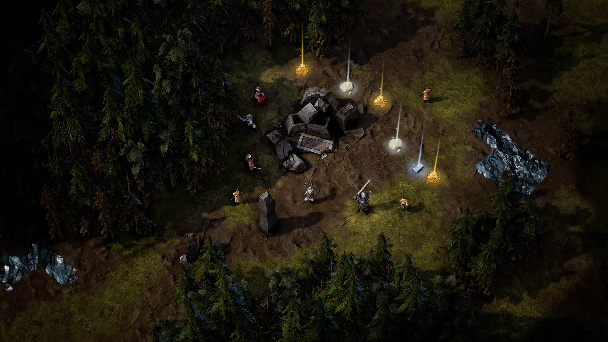 Years of gaming accomplishments can make you too self-assured. If that’s the case, Age of Darkness: Final Stand is the humbling undertaking you just might need. Like a fantasy themed We Are Billions, developer PlaySide pits you against abundant enemies known as Nightmares. During the day, they are cloaked in the darkness that devours unoccupied parts of the map.

But during the game’s Death Nights, they emerge from a poisonous, plum-colored Death Fog. Whereas Billions boasted 20,000 on-screen adversaries, Age of Darkness’ “SwarmTech” allows for the rendering of 70,000 simultaneous creatures. Undoubtedly, another ambitious developer will attempt exceed that figure, but that’s an ego match we don’t need. Final Stand is hard enough already. 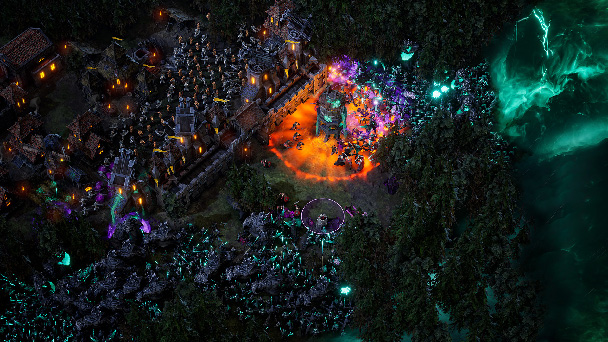 Of course, you might not think so at first. Despite Age of Darkness’ almost complete lack of guidance, the first few minutes of Survival Mode are deceptively tranquil. Like almost entries in the real-time strategy genre, you’re tasked with constructing buildings and gathering resources. Changes you’ll develop a method to get your economy jumpstarted. After each failure, you’ll be able to tweak your approach, favoring housing to avoid a labor bottleneck or a jumpstart on the construction of a fortified perimeter.

The Keep is your central base of operations where you’ll be making decisions. It’s also an essential structure. And when it’s inevitably overrun, the game ends. Protection comes in the form of different upgradeable units, who can take on Nightmares directly with melee or ranged weapons. Or they can garrison inside spires, attacking any enemies who enter their heightened fields of vision. There’s also a single hero unit who takes to the battlefield, respawning if they are defeated in battle. Right now, that’s limited to Edwin—Wielder of the Flame. Carrying a massive broadsword, he’ll gradually live up to his fiery moniker as he levels up, earning new offensive abilities.

Initially, Sir Edwin and a small band of soldiers might reach into the shadowed recesses of the map, finding the occasional treasure and small pockets of feeble opposition. Opponents are easily dispatched and even if reinforcements start pouring in, its easy to high-tail back to the safety of your illuminated town. But when Death Night falls, you’ll be on a relentless defensive stance, as enemy numbers escalate. Nightmares will surround buildings and quickly turn them to rubble if you give them the slightest opportunity.

Survive these tense episodes, and you’ll earn a Blessing that adds a permanent perk. But don’t think the odds are stacked in your favor. The Nightmares also receive a bonus add a hint of variant across multiple playthroughs. And when they can confound something as essential as your healing abilities, its hard to not get discouraged. I swore Final Stand was playing psychological mind games with me, and I did my best to not let frustration show. Well, mostly. Profanities outnumbered my fleets of ballista, by a tenfold measure. 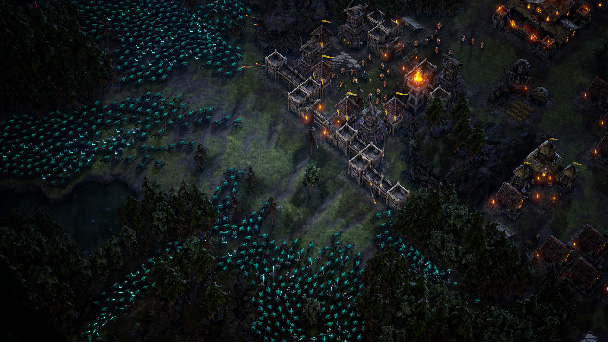 Inevitably, Nightmares grow in number exponentially, testing your planning skills. You’ll learn to exploit the environment, building walls alongside indestructible terrain to save on resources. Later, these fortifications can be upgraded with components like combustible wood wall that can be set afire, igniting enemies pushed against your perimeter. Garrisoned, Ballista, and Fire Towers provide different types of defenses, and likely you’ll need each of them during an onslaught.

Expectedly, there’s a sense of dread as a Death Night approaches, sending your hero and assistances scampering for the safety of your base. When the Nightmares approach in massive multitudes, things become fittingly frantic, with the fear of a breach intensifying to a crescendo. While the entirety of the horde is always visible onscreen, even aging graphic cards like a GTX 1060 had no trouble rendering the monumental mobs while keeping a 60 frame-per-second output. 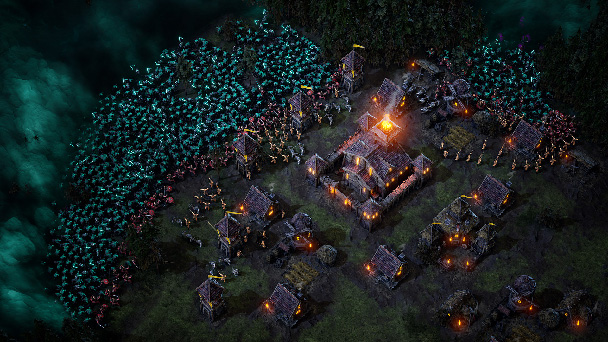 With just a single survival mode and lone hero, Age of Darkness: Final Stand demonstrates a solid real-time strategy foundation. Plans for a year-long stint in Early Access promise a full, storied campaign, multiplayer mode, additional heroes, and new buildings. While the game’s $21.99 price point makes jumping into the fray tempting, you might want to observe how the game progresses before committing to this promising and magnificently masochistic undertaking.