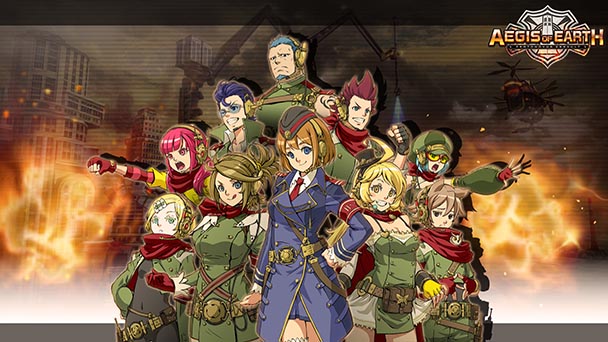 Protecting the planet from marauding monsters is a mainstay of gaming. Ever since Tomohiro Nishikado’s Space Invaders besieged arcades on both sides of the Pacific, gamers have been tasked with the role of protector, across genres ranging from shooters to tower defense games. With the release of Aegis of Earth: Protonovus Assault (called Zettai Geigeki Wars: Metropolis Defenders when it was released in Japan last July), the onus endures. This time out, security involves carefully managing a multitude of interconnected parts- making defense a complicated, but also quite gratifying, duty.

With creatures attacking metropolises, you might think the collective mindset would be unrelentingly dour. But Aegis of Earth provides a pragmatic definition of ganberu. Sure, the game’s motley cast of characters work tirelessly to stop the influx of malevolent invaders. But they also won’t let an assault of hell-bent aggressors dampen their moods, so between invasions they discuss things like speed dating and joke about Allied Command’s lingo can sound like innuendo. It’s a surprisingly insightful angle, revealing the indefatigable nature of the human spirit. But the decision also keeps Aegis of Earth feeling lively- with new stages not only providing elevated levels of antagonism, but also showing the relational bond between an ever-growing team of protectors. 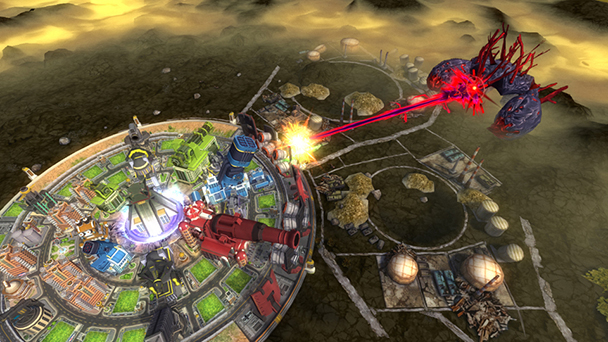 Stepping into the role of the new recruit, you gradually receive instruction detailing how command works. Defensive in split into two stages, with comradery and commandeering taking an unhurried, turn-based approach. Once you’ve adequately prepared for the invasion the action starts, extending a tense sequence that puts you decision-making to the test. Success means development for both city and colleague, with players even able to provide an experience bonus to the teammate who that that thought was most helpful.

Planning mode is centered on each cities’ unconventional architectural decision, where a single construction crane is surrounded by a quartet of revolving, concentric circles. Using a crystalline currency known as illuminite, you’ll invest money into research and development, which regularly produces blueprints for new weapons and defensive structures. Using the city’s humongous hoist, you’ll place buildings in predefined areas, aiming to conceive a defensive formation that’s adept at repelling attackers. It’s here that some of Aegis of Earth’s components converge. Successful defense brings more people to your city, who automatically pay more taxes, which in turn provides a greater discretionary budget for defensive construction. Sure, it’s not SimCity, but there another far more cause and effect going on than your typical tower defense game. 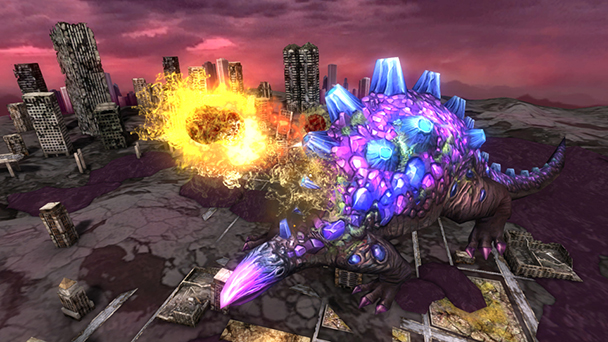 While early stages provide explicit goals (building three missile batteries or a trio of protective walls), gradually Aegis of Earth extends autonomy. And that’s when the title’s action stage begins to really become enjoyable. After being able to select from different types of assaults that vary by monster variety and difficulty, players helm the urban fortress against assault from eight different sectors. By using the directional pad or analog stick, you are able to adjust which ring you want to control- with bumper presses spinning the region in place. It’s up to you if you want to cover the perimeter, or concentrate fire on a specific sector. Since invasions play out in real-time, you can switch styles on the fly, as well as utilize a variety of ability-boosting items.

Pleasingly, Protonovus Assault provides all the necessary visual information for resistance. A white flashing indicator reveals the direction of incoming forces, while a crimson wireframe shows the reach of your defenses. Initially, antagonism arrives in tranquil, predicable patterns- allowing you to get used to the control scheme. Give it time, and foes start amping up the level of ferocity- turning action stages into intense affairs. After successfully met the round’s goals, you’re evaluated, receiving illuminite that you can pump back into research that helps to counteract the escalating efficiency of enemies. 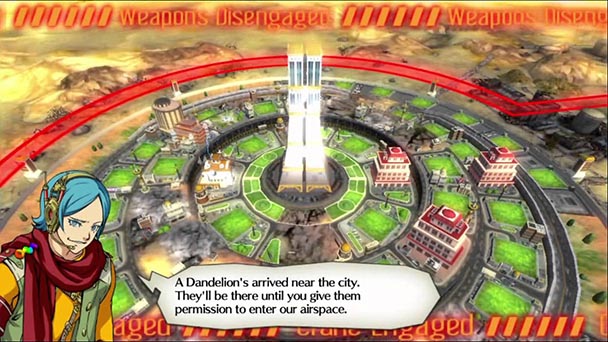 Visually, Aegis of Earth is adept across both contexts. At Allied Command, conversation is delivered via visual novel type dialog bubbles, while managerial information is exhibited on menus made to resemble glowing CRT displays. Pleasing, the transition to battle is handed smoothly, with the UI gradually giving away to a panoramic view of the battlefield. Given the PlayStation 4’s occasional difficulty running Unity-coded titles such as Broforce and Firewatch, it’s comforting to know that there are no instance of slowdown across Aegis– nor should there be, given the game’s modest action. Playing on the PS Vita largely offers the same experience albeit at a thirty frame output. Woefully, there’s no cross-buy option, but gamers can utilize cross-save functionality if they purchase both iterations.

Aegis of Earth: Protonovus Assault’s blend of city management, tower defense, and visual novel-like elements make for a wonderfully distinctive experience. But enjoyment hinges on an appreciation of each component. If you’re not a fan of protracted stretches of playful dialog, then you might find yourself irked when you’re not actively fighting invaders- and conversation is a solid portion of your playtime. But for fans of those kinds of eccentric amalgams that Japan is so great at crafting, an enlistment with Allied Command is fifteen hours well spent. 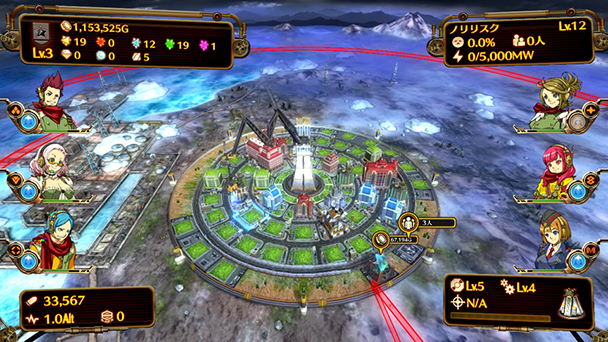 Aegis of Earth: Protonovus Assault was played on the PlayStation 4
and PS Vita with review code provided by the publisher.

Aegis of Earth: Protonovus Assault
Platform: PlayStation 3, PlayStation 4, and PS Vita
Developer: Acquire
Publisher: Aksys Games
Release date: March 15th, 2016
Price: $39.99 (PS4) $29.99 (PS3 and Vita) via retail or via the PlayStation Store
Aegis of Earth: Protonovus Assault review
Protecting the planet from marauding monsters is a mainstay of gaming. Ever since Tomohiro Nishikado&rsquo;s Space Invaders besieged arcades on both sides of the Pacific, gamers have been tasked with the role of protector, across genres ranging from shooters to tower defense games. With the release of Aegis of Earth: Protonovus Assault (called Zettai Geigeki Wars: Metropolis Defenders when it was released in Japan last July), the onus endures. This time out, security involves carefully managing a multitude of interconnected parts- making defense a complicated, but also quite gratifying, duty. With creatures attacking metropolises, you might think the collective mindset&hellip;

Summary : Aegis of Earth: Protonovus Assault is a cult classic in the making. While some will be perplexed by the game’s fusion of genres, others are bound to relish this quirky gem.