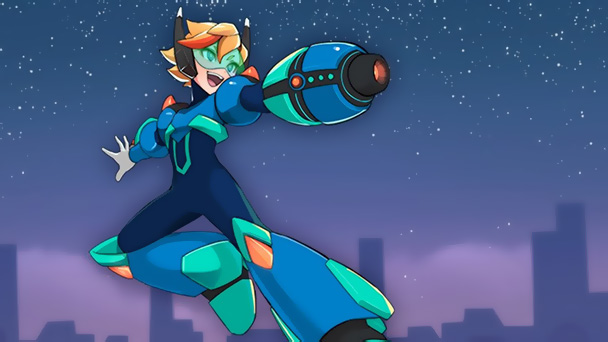 Mixing Mega Man X playability with some roguelike procedurally generated environments, 30XX is delightfully polished, even in its current state. 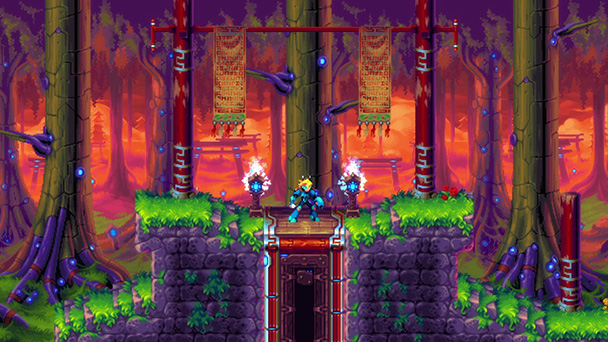 There’s a multitude of ways that a procedurally generated Mega Man clone can go sideways. But nearly four years ago, Batterystaple Games and Fire Hose Games’ 20XX achieved the unlikely. The result was a game that looked a lot like Mega Man 11, where three-dimensional polygonal characters run, jumped, and shot their way through two-dimension stages filled with enemies and environmental hazards.

But 20XX’s integration of roguelike characteristics meant you had a myriad of power-ups that help to balance the burden of working through the game on a single life. Replay was rooted in the gradual acquisition of persistent upgrades that could make the eight-stage journey just a bit easier. Although gaming has no shortage of ambitious concepts, 20XX was one of the intermittent indies that made good on nearly all of its intentions.

As such, it’s not surprisingly that the Early Access release of 30XX is already a rousing success. Control is one of the most important qualities for an action-platformer. Fortunately, the follow-up prospers, demonstrating the kind of exactness that can let players nimbly navigate a succession of thorny jumps. Like 20XX, you have a choice of playables. Ace and Nina are available at the present, and purportedly, Batterystaple has more characters to come.

Clad in red armor and armed with his trusty A-Saber, Ace is the game’s Zero-like character. Nina is 30XX’s other option and with her N-Buster, she’s proficient with ranged attacks, making her an ideal choice for newcomers. Both characters can charge their weapons by holding the fire button down, which is essential technique against bosses and the intermittent section that compels you to move forward at a quick pace. Whichever character you choose, your attacks feel meaty. 30XX doesn’t require pixel-perfect precision. While attacking directions are constrained, the release of a charged weapon is able to eliminate most nearby opponents. Inevitably, you’ll pick up additional abilities and power-ups that provide a palpable benefit. 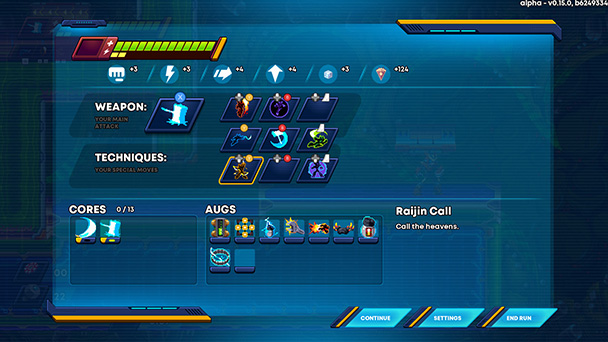 The Power of the Chunk

20XX provided players with two options. The first was a normal run that ended when your health was depleted. Then there was Reverent Mode, which lessened the difficulty by providing players with a trio of lives. For 30XX, Standard Mode delivers the kind of enduring experience punctuated by bouts of permadeath. While you’ll have to re-start the game each time, the drip-feed of augmentations earned after each run incentivizes play. It’s a fittingly demanding experience, filled with botched runs and momentum quickly shut down by tough boss battles. But pleasingly, it’s rarely frustrating, save for the intermittent difficulty spike.

Like it’s predecessor, 30XX should be commended for forming procedurally-created stages that aren’t haphazard jumbles. Smartly, the game avoids the granular-level generation employed my most games, opting to build levels by linking a trio of what the developers refer to as “chunks”. In execution, you’ll gradually grow better at 30XX, as you master navigation through each sub-area. But there’s just enough variety that you won’t feel like the game is goading you into rote memorization. 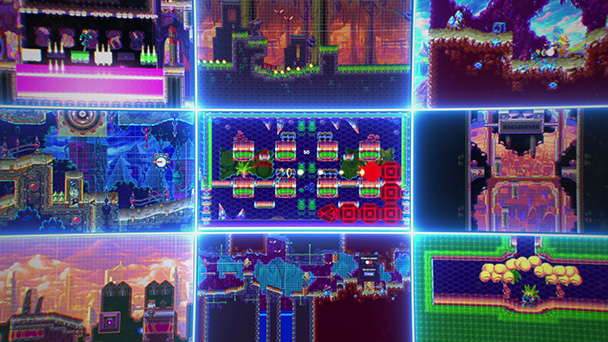 Despite 30XX’s Early Access state (currently version 0.15.8), the game already has a robust level editor. After creating an account, you’ll be directed through an optional tutorial that will walk you through the process of making your own ‘chunks’. Pleasingly, it’s quite user-friendly with the editor automatically selecting titles that help unify sections of your creation. Instead of tediously having to place every piece of the chuck yourself, you’re freed up to devise a broader concept for the stage.

Currently, the component allows you to select from six tile types as well as a trio of three different phases, which offer everything from straight-ahead action platforming to chase sequences. Currently, you’re limited to medium-sized chunks and the editor is confined to a standalone window, but of these minor inconveniences seem likely to change. 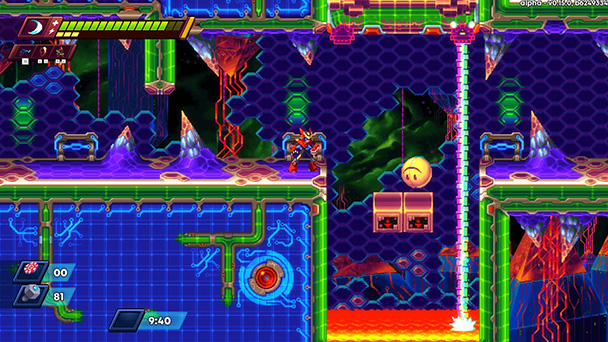 Tackling 30XX as a Team

Yet, the level editor isn’t the only ambitious element. 30XX offers both local and online cooperative play. In the former, the gamed scales the perspective so that both characters are on-screen, which is a cool effect. The latter performed flawlessly, with little indication that my net-based acquaintance was nearly 2500 miles away.

Mega Mode is for players seeking a more relaxed experience. Here, death doesn’t take away all your power-ups, but merely sends you back to the game’s hub, where you can select from game’s six stages.

So, what needs to be worked on? At present, Batterystaple Games are adding additional levels, as well preparing a proper final boss. Right now, the tutorial is a bit bare-bones and lacks button prompts, but inputs are built around a basic control scheme that decades old, so it’s probably intuitive for most players.

A bit too often, the game’s difficulty makes an unexpected upturn, and I’d expect the team reorder some of their chunks to remedy this issue. At present, the game’s visuals, which channel the look of SNES-era Mega Man X titles, is spot-on. Sure, the game might not have the fidelity of its predecessor, but there’s the pixelated spritework feels organic. Lastly, the game soundtrack has some subdued songs, but most of the chiptunes offer the kind of energic anthems you’d expect from a game like this.