Steam is packed with indie-developed, rogue-like, twin stick shooters. Several of these are exemplary efforts with Enter the Gungeon, Nuclear Throne, Neuro Voider and Neon Chrome each extending hours of rousing, adrenaline-generating excitement. But with a number of solid offerings, why should you care about To Hell with Hell, an Early Access contender arriving in already crowded field? Well, there a number of reasons why Lazurite Games’ inaugural title is noteworthy: 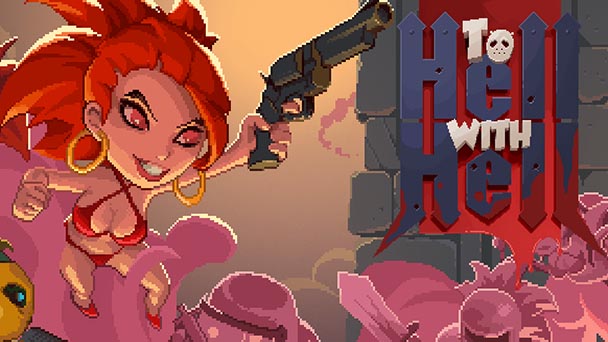 AI That Isn’t Brain Dead
Most twin-stick shooters produce anxiety by tossing a large number of enemies that make a beeline toward players. That’s not the case with To Hell with Hell. Sure, basic spider-like foes will rush you with animalistic hostility. But the game’s more sophisticated, gun-toting demons display a bit more intellect. When taking cover behind an obstacle, I’ve seen two fiends break apart, advancing on me from both sides. Occasionally, they’ll hold even hold their ground, settling down near cover, while letting loose with a volley of fire. Like some of the better genre entries, different enemies follow apparent behavioral patterns, like the shotgun-carrying she-devils. These ladies move like squirrels, scurrying across short distances before stropping to assess their surroundings. 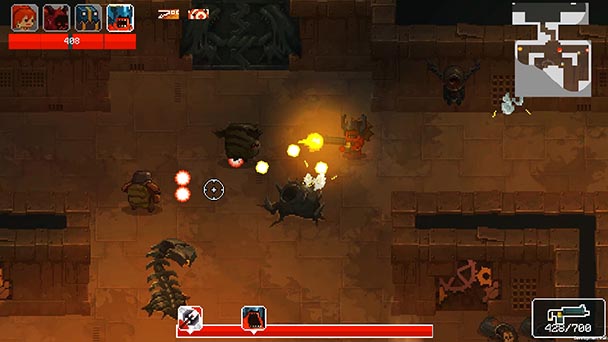 Donning Masks
Advantageously, Hell likes to keep things lively by changing things. Beyond the obligatory weapon pick-ups and temporary perks, you’ll also encounter the occasional mask that alters your abilities. Putting on one of these covers converts you into forms like a knight, ninja, or even a clown, providing new special abilities and even altering your health pool. Occasionally, they’ll even add an invaluable elemental ability, like when a devil disguise added persistent burn damage to my shotgun spray. Like the end of debauched Halloween party, the masks eventually come off, with players losing any newfound abilities when they take too much damage. 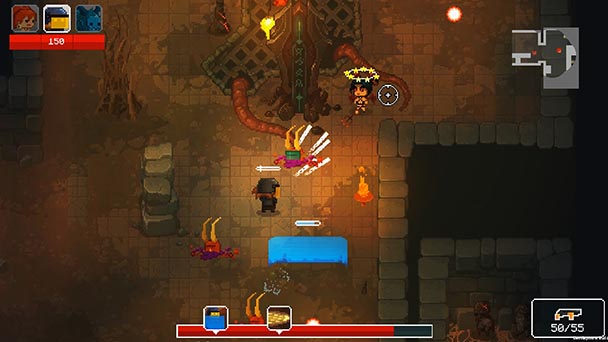 Fewer Useless Weapons
If rogue-likes consistently gave out useful weapons, the top-tier tools wouldn’t feel so damn gratifying. Naturally, To Hell with Hell bestows a few duds. When you want a ranged weapon to complement your melee-based machete, finding another iron pipe won’t produce any ear-to-ear grins. But pleasingly, the game’s weapons offer a bit more balance than most competitors. Those melee weapons are useful against the incessant spider crawlers, saving ammo in the process. Shotguns might lack range, but they deliver a powerful punch and can devastate foes in tight groups. Other weapons like staffs and grenade launchers have their own benefits, with the latter creating explosions that nearly fill the screen. 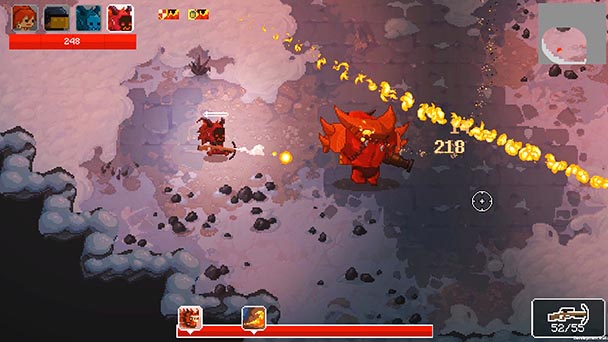 Save Points
Rogue-likes are typically single-session experiences, offering discrete play sessions. Shrewdly, To Hell with Hell tweaks tradition, offering the ability to protect your progress or spread the game across multiple intervals. On the game’s easiest difficulty setting, you’re given six opportunities to save. Reach the end of the stage, and you’ll choose between safeguarding your progress or stockpiling the saves for when you need them across even tougher stages and boss battles.

Although the positives definitely outweigh the negatives, To Hell with Hell still has some contentious elements: 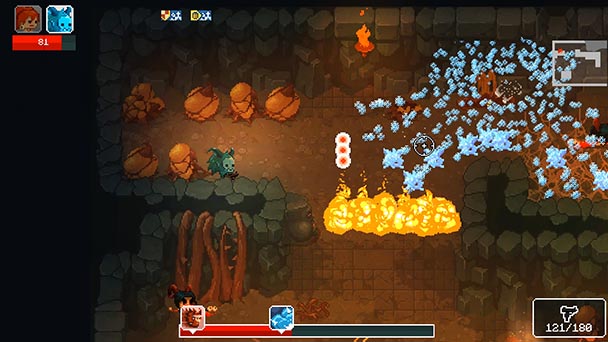 It’s Hard as…Well, Hell
The game’s first stage puts up just enough challenge to keep things from being boring. But things rapidly ramp up from there. By the time players reach the third stage, the game gets hellishly difficult, with environmental traps like flamethrowers potentially siphoning away the majority of your health bar. Later, ammo becomes a very precious commodity, and foes grow stronger and more numerous. To help compensate for the increase in adversity, the end of every stages permits players to choose from a selection of perks. From a skeleton ally, bolstering the speed or power of your shots, or increasing your ammo, these bonuses are appreciated, but they might not be enough to make the game equitable for players without demigod-like bullet dodging skills.