Tackling Fear with Tito and the Birds 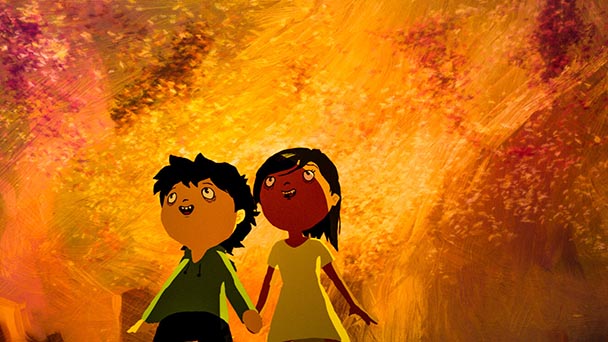 Tito and the Birds’ producer, co-director, and co-screenwriter Gustavo Steinberg thinks most modern children’s films are little more than escapist entertainment. Having witnessed the haunting surrealism and muffled moralizing of Willy Wonka and the Chocolate Factory as well the crushing sense of nihilism that permeates the animated adaptation of Watership Down, I must agree. It’s difficult to find a contemporary counterpart to any of these classics.

When today’s kid-flicks do tackle issues, they tend to focus on the individual. Affirmation of the self and standing up for your beliefs are the recurring motifs. While they are important messages, constant repetition has diluted their impact. Motivated by a shift in the dissemination of news, corporate domination, and the fear-mongering of politicians, Steinberg ambitions differ. As the Fred Rogers-based documentary, Won’t You Be My Neighbor demonstrated, children might not have a detailed understanding of current events, but they are attuned to the zeitgeist. Like adults, they need understanding. 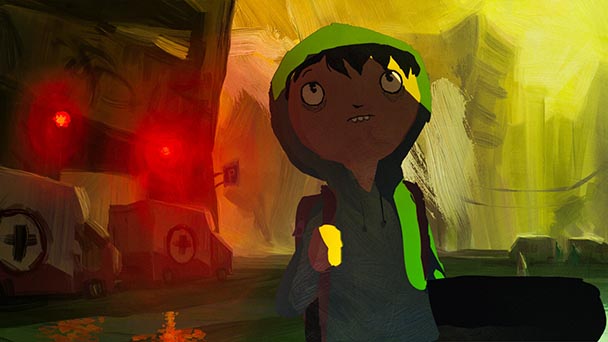 Tito and the Birds escorts viewers through an increasingly dystopian world. Mirroring the themes of a zombie film, Steinberg’s work extracts the political commentary of George R. Romero’s Dead films, while confiscating the blood and gore. We first meet the film’s ten-year-old protagonist, as he becomes filled with a sense of excitement when his father’s invites Tito to the downstairs workshop for the first time.

Here, in the basement, Tito sees a machine that’s an intricate tangle of parts, from whirring gears to flickering lights. It’s designed to allow humans to understand the language of birds. The film infers that as human civilization advanced, pertinent knowledge was not preserved. But observant birds have watched and preserved the wisdom through their language. 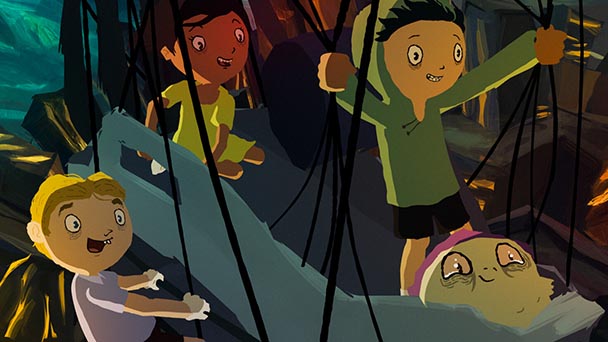 But when the machine explodes in a flash of fire and a screen of smoke, so do the film’s relationships. Incensed about the disregard of safety, Tito’s mother kicks her husband out of the house. Tito internals the mishap, blaming the accident on the sense of fear when he first witnessed the contraption spring to life. Eager to redeem his father, Tito sets out to build his own machine, instigating trepidation in his mother.

In the film’s second act, fear begins fraying the world, and becomes a contagion that spread like the undead. Fear wreaks havoc on the population, causing people’s eye to enlarge and their limbs to shorten. Left unchecked, the fear-stricken descend into paralysis, becoming odd little egg-shaped entities, with eyes that dart around in constant trepidation. 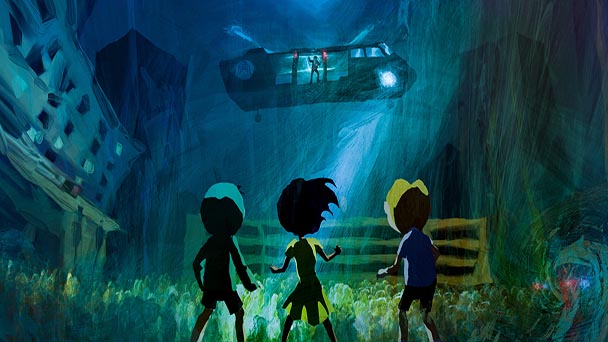 Coupled with a painterly, impressionist visual aesthetic, Tito and the Birds’ grows rather dark. But speaking with Steinberg revealed a number of surprising attributes. Obviously, the producer wanted to ensure the film wasn’t too scary for a younger viewer. To inhibit that, a lot of focus-testing was done with children. Steinberg revealed that a number of kids wanted the film to be more menacing, which implies that the writers and directors have an adept understanding of the audience and seemed to have tapped into a wellspring of worries that parents, siblings, and teachers might not be offering answers for.

Examining the culture and perpetuation of fear in a kid-friendly way is a daunting task. Typically, Tito and the Birds tackles the subject matter adeptly, inviting viewers into the film’s hand-painted looking world, as it brush-stroked characters grapple with an ever-consuming crisis. The film’s denouement doubles down on the allegorical, which might confuse the youngest viewers, but could be converted into matter for an interesting and illuminating discussion. Most importantly, Steinberg seems dedicated to channeling a young audience, even creating a companion app that helps users identify fake news. While most children’s films entertain, the best ones also enlighten. Tito and the Birds balances both and with any luck will inspire more indie filmmakers to do the same. 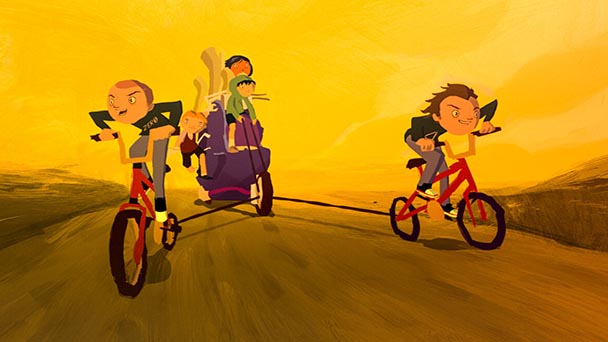