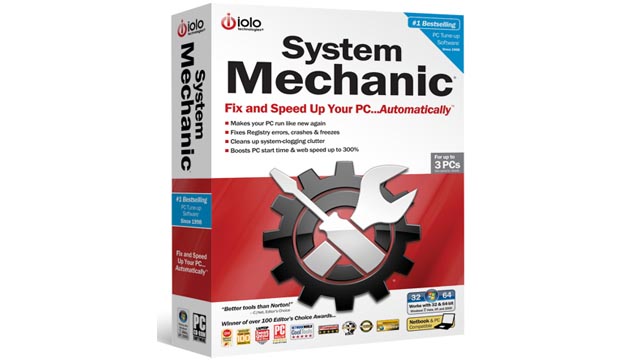 Pity the cash strapped PC gamer. Without the resources for a new bleeding-edge,  polygon pushing graphics card, titles like Crysis 2, Arma 2: Operation Arrowhead, and Metro 2033 can linger just outside the reach of playability. One provisional solution is the optimization program, which often purports to squeeze a bit of performance enhancement from your existing system through cleaning and tweaking.

Which is precisely the marketing effort placed behind the latest version of System Mechanic. The $49.99 program (currently $24.99 on iolo’s website) avows to “get your system in shape for the big games from E3”. But does the program make a perceptible difference in the performance of your PC?  We installed System Mechanic 10.5 on three different systems to analyze the results. 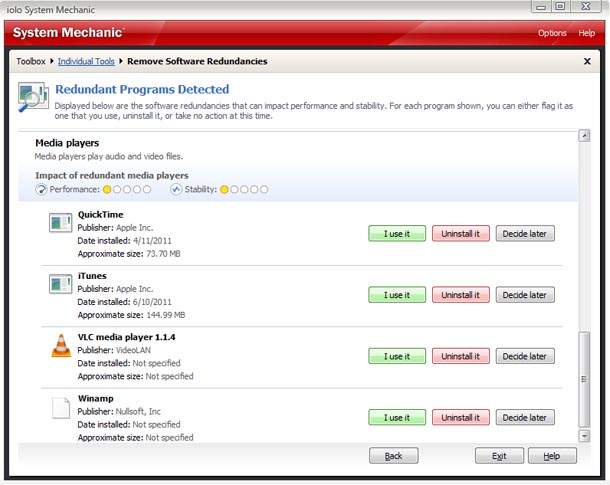 System A was a pristine, out-of-the-box laptop, outfitted with an integrated graphics card. We chose this PC to see if capable System Mechanic was capable of purging any the ad- and bloat-ware from the hard drive. Despite the inclusion of the cleverly named CRUDD (Commonly Redundant or Unnecessary Decelerators and Destabilizers) Remover tool, System Mechanic allowed almost all of the superfluous applications to remain on the machine. Similarly, the program’s Internet Connection Repair component proved to be little more than a placebo, with both download and upload speeds remaining unchanged after optimization. Benchmarking software Fraps showed no discernable improvement in framerate with Torchlight or Civilization V after running System Mechanic, suggesting the program might perform better on systems with bit of use.

Upon installation of System Mechanic on a year-old, quad-core i5 Intel desktop, the program showed its real muscle- instantly clearing 1.5 GB of temp files, Firefox clutter, and rubbish from the system’s hard drive. Unlike other optimizers,  Mechanic was smart enough to not suggest the deletion of .txt documents, music or images, or even automatically empty the Recycle Bin (unlike CCleaner).  While the CRUDD Remover overlooked planted bloatware, the tool alert of the redundancy of multiple compression programs, and music players. The program identified a sizeable number of registry errors, and offering to defragment the registry, which may have contributed to System B’s diminutive improvement in boot-up speed. Smartly, changes to the system registry and driver updates are proceeded with backups and system restore points, allowing users to feel safe with System Mechanic‘s tweaks. There’s even an in-app ‘safety net’ which permits the ability to undo change without having to navigate to Window’s Control Panel. While Fraps indicated no general improvement in  System B’s refresh rate performance, file transfer and boot-times seemed slightly accelerated, likely by the program’s built-in Program Accelerator. Despite the decorative moniker, the component is merely an effective defragger which favors a system most heavily-used files.

Whereas the previous setup was comparatively modern, System C was a three-year old dual-core i3, purposefully packed with clutter. Immediately, System Mechanic recommended we install both a firewall program as well as an anti-malware application to keep the system clean. While the program didn’t examine our start-up list automatically, once we delved into Mechanic‘s options, a convoluted list of programs was found. Strangely, iolo’s application gave a thumbs down to innocuous programs like WordWeb, a pop-up thesaurus and Sun Java updater. Likewise, advantageous background elements like Windows’ print spooler and time synchronization were inexplicably marked for removal. Our third system showed the most improvement boot and file transfer speed noticeably improved. Even jumping into Civ 5 was improved by a few seconds, after a hard drive consolidation from Windows 7’s own Defragmentation tool. 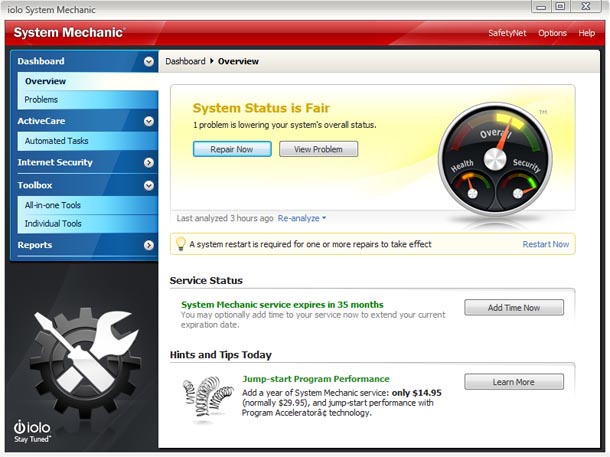 System Mechanic certainly has a few advantages over its competition. A Windows Gadget or in-app gauge is a clear and simple indicator of a PC’s health and security level. With the exception of the start-up program removal tool, the optimization program elegantly balance accessibility with power, making a plethora of performance enhancing adjustments with just a few mouse clicks. For households with multiple PC’s, the programs’ ability to be installed on multiple systems is a convenient perk. iolo assures weekly updates to make sure Mechanic keeps up with both changes to popular programs and Windows updates, and has traditionally offered version upgrades to purchasers.

Although System Mechanic 10.5 won’t convert your old workhorse PC isn’t a Crysis 2-crunching  powerhouse, the program can sharpen performance. While iolo’s campaign touts the tool as an essential utility for gaming rigs, the application’s tweaks helped speed up Premiere and PowerDirector‘s  load times and general operation. System Mechanic can’t beat the boast of a new multi-core CPU or graphics card, but it helps keep offset the inevitable woes of system degradation.

Edit: Previously, the review stated System Mechanic could be installed on three systems, which is incorrect. Following version 10.0, the program does not have a limit on the number of installations in a single household.