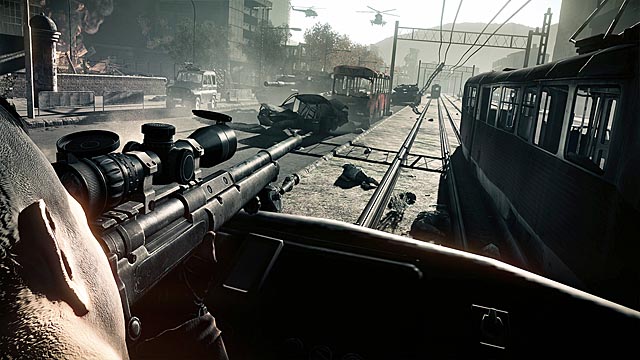 Recently, Tech-Gaming had a chance to speak with City Interactive’s Michal Sroczynski, lead producer for Sniper: Ghost Warrior 2. Beyond engaging players with the nuances of long-range warfare and depictions of viscera- hurtling dismemberment, the upcoming title looks to offers a remarkably improvement of it’s predecessor. Read on for a look into Sniper 2‘s arsenal of  advancements.

Tech-Gaming: Catering to stanch simulation fans as well as casual first-person shooters must be a difficult task. How does Sniper: Ghost Warrior 2‘s difficulty setting allow both audiences to enjoy the title?

Michal Sroczynski: Our main focus when designing the game was to try and hit that perfect balance between realism and authenticity. We thought to ourselves that the only way to do it is by allowing a certain degree of customization and giving the players the power to shape gameplay. One of the key gameplay mechanics are the varying windspeed, bulletdrop etc. Taking long distance shots may be too frustrating for people who just want to relax after work and enjoy the story. On the other hand, there are players who like when the game challenges them – the only way to satisfy both gamer groups was to implement a system that allows to turn things on and off ;-). Don’t like windy scenarios? Just flick the switch and it’s easier to shoot. 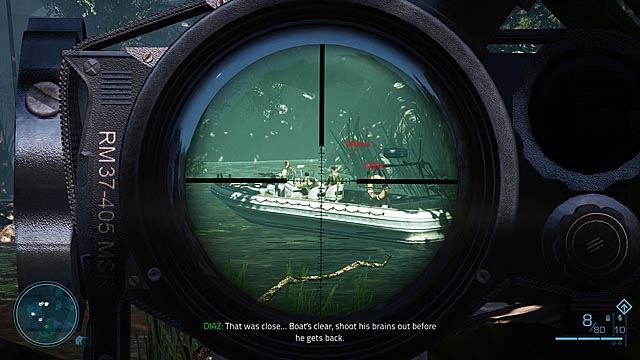 T-G: Ghost Warrior 2 uses CryENGINE 3. What advantages does this offer over the Chrome Engine 4, which was used for the first game?

MS: Chrome Engine 4 is really fine engine and we’re happy with what we have achieved in Sniper 1. But Cry Engine 3 is probably the best tool on market now. Better AI, better in-engine tools, best-in-class support… Think of it like this: it’s the million small things not “two or three advantages” that make a colossal difference. We can work faster and more effective. And make a better game.

T-G: One of the core criticisms we had with the first title was the fluctuating aptitude of the AI, who were alert marksmen one second, then unsuspecting dupes the next. What tweaks were made to Ghost Warrior 2’s artificial intelligence?

MS: Again, CryEngine 3 is a game changer in this department. It allows more flexible AI programming and everything just seems more…natural. Enemies can now flank, throw smoke grenades to provide cover for their teammates  and so on. Varying levels of difficulty should provide a fun experience for almost anyone, who loves sniping. 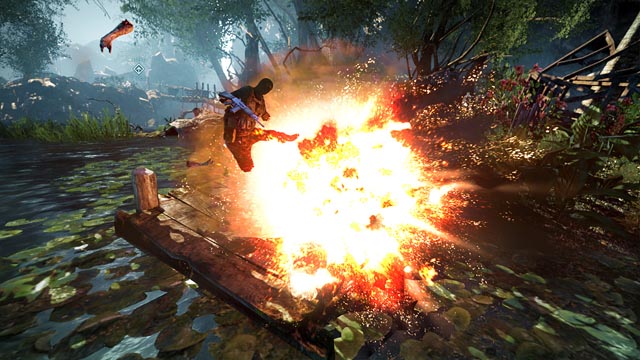 T-G: While the E3 demo offered some impressive landscapes and a nice draw distance, the frame rate occasionally bogged down. How much improvement will the final build show?

MS: While making SGW2 we want to squeeze out all the juice for the current gen consoles. This requires probing and testing – that’s why the occasional hiccup may have occurred from time to time. Taking into consideration though, that optimization is the thing you do at the end of the development process and that we still have some months to the launch date – frame rate will not be an issue.

T-G: The Sarajevo mission shown offered a scout to call out targets and make our job a little easier. Can players expect this kind of assistance through the game?

MS: Yes. Snipers do not work alone but either as part of regular fire teams or smaller elements. We wanted to incorporate this way of perceiving the profession into the game. We wanted the spotter to be a valuable asset to the player throughout the entire experience and not only be “the other dude” that pulls the trigger during synced shots. During the course of the game, your teammate…ok, I won’t spoil the fun. Let’s say that he takes active part in the game plot-wise too. 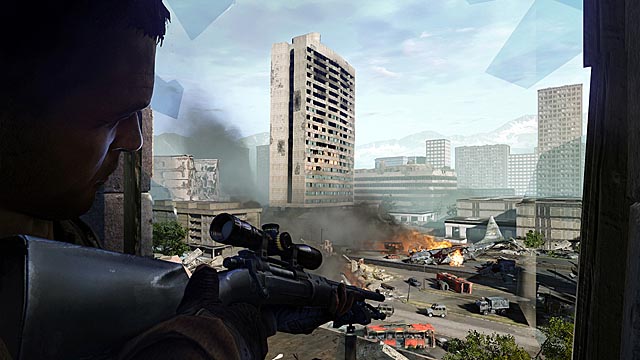 T-G: I always like wrapping my finger around the trigger of a Barrett M107A1. Can we expect licensed rifles in the game? Do the firearms perform similar to their real-world counterparts?

MS: Every single weapon in the game is a model based on an existing weapon. Because you can see the weapon through entire game we treat it like one of the main heroes of the game. These are one of the most detailed graphic elements in the game.

The most important thing for us was to create the best sniping experience on the market. That is why, when you shot, a lot of variables get taken into account. However the in-game world is slightly different from the world around us. Realism versus authenticity – we had to make some compromises (for example air humidity), but believe me when you take a shot in Sniper Ghost Warrior 2 it is so satisfying that you won’t even notice slight differences in how the weapon works. 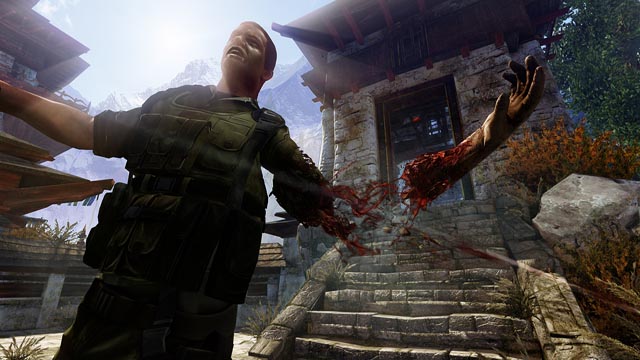 T-G: Beyond the customary overwatch, assassination and escort mission types, what other assignments will sharpshooters be given in the game?

You’ll get to shoot… photographs. I won’t say anything else *laughs*

T-G: One of the main problems with most sniper sims is that they are fairly linear and don’t allow players to survey the environment for a perfect location? Will Ghost Warrior 2 indulge that yearning?

MS: We don’t see linearity as a problem. Books  are linear, movies are linear and we all love a good read and watch, don’t we? We want to tell a story and let players feel like a sniper. In the real world, you also don’t get to approach your target the way you want, engage at your discretion and so on. You get orders to set up, provide support (sometimes for hours you aren’t allowed to discharge your weapon) and leave the area of operations. This, of course, does not mean the player will be thrown into a “press space to win” environment – you WILL have to think your way around certain situations. SGW2, however, is not a sandbox type of game.

Previous: Natsume’s Book of Friends Review
Next: New Releases for the Week of December 9th, 2012