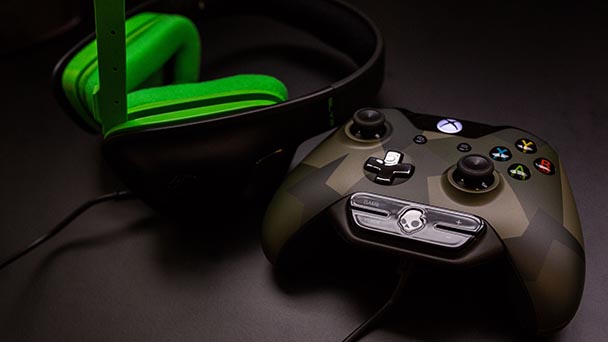 A massive, high-definition television is now a requisite purchase for most gamers. Such as acquisition allows for the appreciation of graphical fidelity created by contemporary consoles. Nearly as essential is the investment in a high-quality sound device. With our now-gen hardware producing soundscapes with an unprecedented level of aural authenticity, stock speakers just don’t cut it.

For those who don’t live in apartments, dorms, or share their space with a significant other or roommate, the solution is simple: invest in a high-end, amplified sound system capable of producing megawatts of ear-indulging output. For the rest of us, a quality gaming headset allows players to enjoy the sonic opulence that sound designers toil over, without initiating an argument prompted by the steady staccato of late night machine-gun fire. 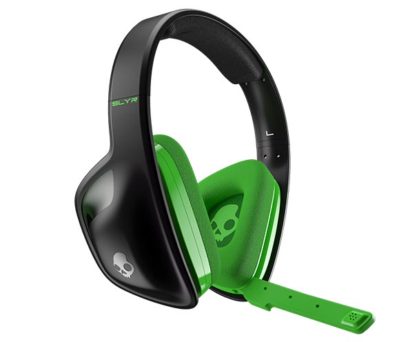 Straddling the precarious balance between quality and affordability is the Skullcandy SLYR, the latest device in the company’s growing arsenal of audio devices for games. While the devices Xbox One exclusivity might rule out a purchase by possessors of multiple consoles, those who do own Microsoft’s machine will undoubtedly welcome the simple set-up, functionality, and build quality.

Once owners remove the SLYR from its housing (where it’s protected in a cradle of recycled fiberboard) they’ll discover the convenience of setup. Unlike most headsets, which may require reaching behind media centers to install an optical cable and well as a wireless transmitter and AC adapter, connecting the SLYR takes about seconds. Installation involves attaching the GMX-1 mixer to the bottom of the standard Xbox One controller (third party devices such as the Power A Wired Controller and HORI Pad One lack the connector). While inserting the mixer required a troubling amount of force the first time, subsequent couplings were much easier. The next step requires plugging in the mixer’s 3.5mm plug into the SLYR headset. Once the physical pairing is made and the Xbox One is turned on, owners are prompted to perform a brief update, requiring a USB cable connection between the console and controller. 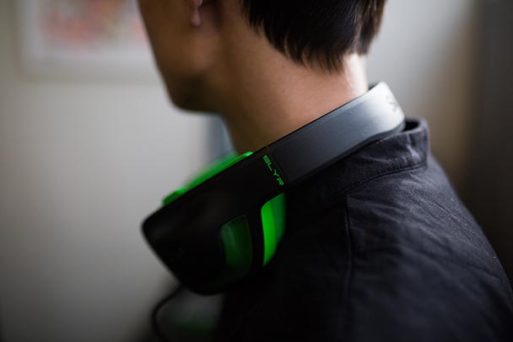 Once the headset is donned, the SLYR’s capable (albeit non-customizable) output is immediately noticed. Whereas the engines in Forza Horizon 2 produced polite purrs through default speakers, the headset transformed these sounds in bassy growls, while not overpowering the in-game announcer. In Call of Duty: Advanced Warfare, the cinematic score grew more pronounced, with gunfire more punchy and explosions exhibiting hard-hitting, resonating blasts. Adeptly, the SLYR offers just as much fidelity in the mid- and high ranges, with jewels in Skylanders: Swap Force producing pleasing sonic confirmations of collection. Although the stereo does have decent spatial separation, the SLYR does not produce Surround Sound, so pinpointing the direction of enemy fire isn’t an aural possibility.

When the SLYR’s microphone is pulled from its docking groove on the left earpiece, the plastic arm juts forward. Fortunately, the mic is malleable, allowing owners to curve the device toward their mouths, where it retains its curvature. Largely, on-line cooperators and competitors preferred the quality of the SLYR mic over the standard one, stating that the SLYR had increased clarity. With a press of the skull icon on the mixer, our voice was instantly muted, with the button glowing red to show that chat had been muffled. For those hoping to adjust the balance of the incoming sound stream, the game and voice buttons permit customization, with the SLYR broadcasting an obliging beep to confirm each selection. 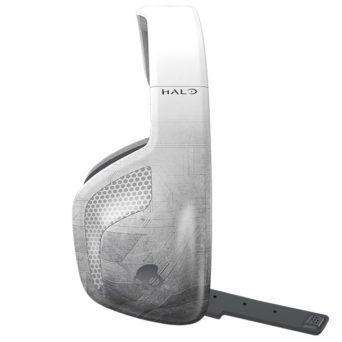 Thanks to a roomy aperture, cranial padding, and adjustable, pliable headband, the SLYR allows for a comfortable fit on nearly any size of noggin. Most remarkable is the memory foam used around the driver, which creates a formfitting ear cup. Three hours play sessions with the SLYR produced little fatigue, although the fabric cover cups did make our ears warm during a balmy Southern California afternoon. One element that was a bit disappointing: the foam didn’t produce any acoustic insolation. We had hoped the earcups would dampen background noise.

Save for the ear pieces, the SLYR is constructed of lightweight plastic. While the peripheral would likely withstand a drop onto a carpeted floor, the headset probably isn’t our top choice for players who frequently transport their headsets around with them. Although much more expensive, Mad Catz’s F.R.E.Q. 5 and 7 headsets appear to be a bit more sturdy, with the devices withstanding several months of daily commutes with no real sign of damage. That’s not to say the SLYRs won’t withstand a similar treatment, we just haven’t had the time to put the peripheral through its long-term paces. 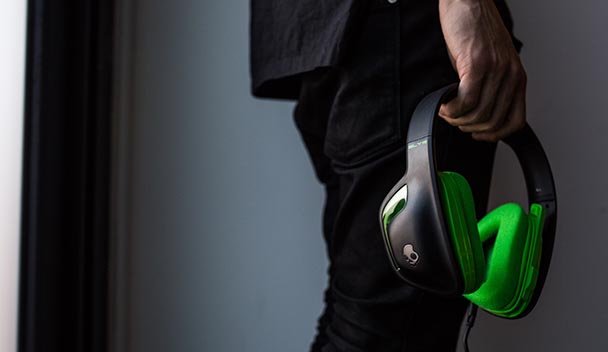 We can report that the wireless broadcasting of the SLYR didn’t have an effect on the battery life of our controller. The typical duration of Duracell Alkaline is about twenty hours on the Xbox One controller, when used for about four to five hours a day. With the SLRY connected, we got about nineteen hours of use, with the hour difference quite possible caused by a change in gaming patterns.

The SLYR comes in two varieties, a grey Halo Edition, and a black and green model. Aesthetics can be subjective, but we’d be surprised if too many people preferred the later color scheme. There’s nothing objectionable with the matte black frame, but the bright green ear cups are downright gaudy, even if they reflect Microsoft’s signature hue. At the upside, it makes misplacing your controller pretty difficult if there’s an obnoxiously emerald-colored headset tethered to it. 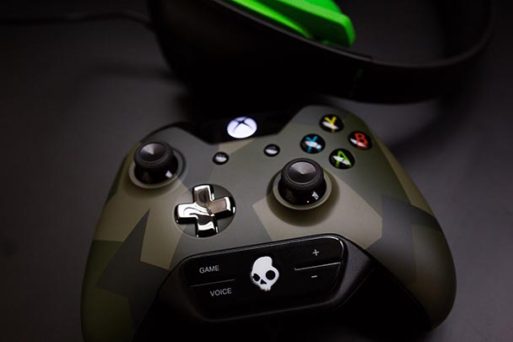 With a street price of around eighty dollars, the Skullcandy SLYR is a capable headset that won’t put a pinch on pocketbooks. While owners don’t get Surround Sound, nor will they be able to effortlessly utilize the device with consoles other than the Xbox One, they’ll get an affordable-priced, entry-level device that will accentuate their gaming audio.

Skullcandy SLYR Gaming Headset review
A massive, high-definition television is now a requisite purchase for most gamers. Such as acquisition allows for the appreciation of graphical fidelity created by contemporary consoles. Nearly as essential is the investment in a high-quality sound device. With our now-gen hardware producing soundscapes with an unprecedented level of aural authenticity, stock speakers just don&rsquo;t cut it. For those who don&rsquo;t live in apartments, dorms, or share their space with a significant other or roommate, the solution is simple: invest in a high-end, amplified sound system capable of producing megawatts of ear-indulging output. For the rest of us, a quality gaming&hellip;

Summary : With an easy set-up, crystal-clear audio, and pleasing output, the Skullcandy SLYR Gaming Headset is a worthwhile investment for Xbox One owners who are still using their default television speakers. 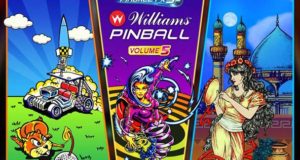 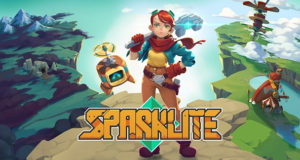