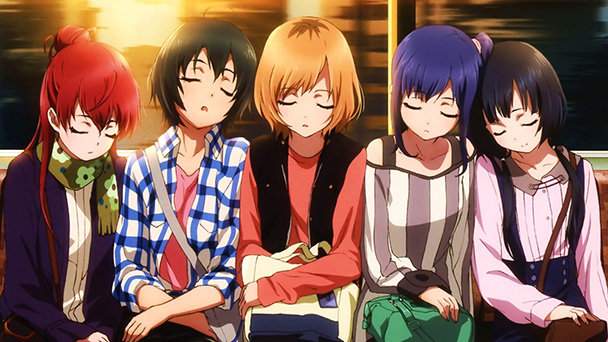 Not only does Shirobako: The Movie depict the tensions of anime production, but several of the film’s creative choices reflect the customary victors of these divergences.

Anime isn’t just entertaining, it’s often a surprisingly insightful and informative. Although Haikyuu!! occasionally embellished elements, like Hinata’s jumping ability, it offered a remarkably accurate representation of volleyball. Similarly, it would be difficult to name a fictionalized story that delved into the nuances of fighting game culture as fastidiously as Hi Score Girl. Even Anohana: The Flower We Saw That Day offered an astute observation on the different ways that people handle grief.

Originally televised in 2014, P.A. Works’ Shirobako provided a rare glimpse into the business of animation. The 24-episode series detailed the journey of five former members of the Kaminoyama High School animation club. Now employed by Musashino Animation, Aoi Miyamori and her four best friends were more than just the charming array of personalities that are customary of most casts. Each played a key role in the creation of anime, serving as story writer, key animator, voice actress, 3D computer graphics modeler, and production manager. Between the drama of artistic disagreement and financial concerns, Shirobako visualized the multitude of undertakings that needed to be completed before animation can air. 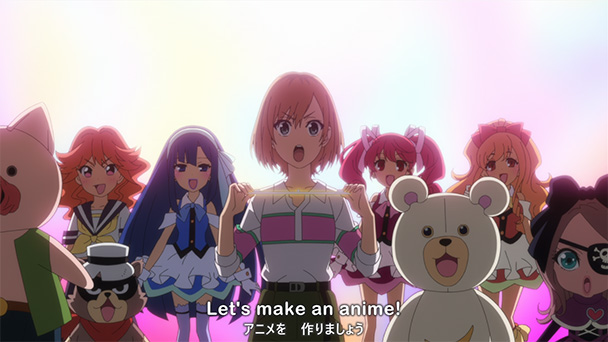 Shirobako = “White Box” (historically, media that was distributed to key production members before the airing an anime. There’s an example in episode twelve)

While much of Shirobako’s enjoyment stemmed from the interplay of the show’s extended cast, witnessing two different anime come to fruition was a sheer delight. Just like longstanding master of the medium, Hayao Miyazaki, Miyamori and her cohort did their layout and key framing on paper. The result was one of the best self-referential works of the last decade. Even for those stubbornly indifferent toward animation, Shirobako chronicled the tireless industrious exhibited by members of the field.

While Shirobako: The Movie is more visually indulgent than the original series, it’s every bit as entertaining and informative. But unfortunately, it follows a story arc that’s exceedingly similar to the original series. As such, the one hour and fifty-nine-minute film feels pampering, like visiting a favorite restaurant for a plate of comfort food after a hectic day at the office. It’s a film full of wholesome fan-service. Even minor Shirobako characters get at least a moment or two of screen time. But given the film picks up four years after the conclusion of the series, it’s a bit frustrating that we don’t witness Aoi, Ema, Shizuka, Misa, and Midori deeper into their respective careers. 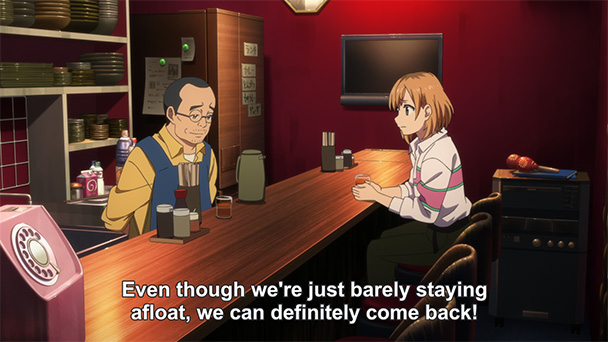 The film’s introduction offers a chibi-fied synopsis of the second half of the series. We are reminded that Musashino Animation was once an audacious upstart in the field. But the studio’s creative edge had dulled over time. Enter Aoi and friends, who inject audaciousness and creativity into MusAni, offering the kind of spirited reinvigoration that recalls the cast of Love Live! trying to rekindle Otonokizaka High’s once-prodigious idol club. That said, knowing Shirobako: The Movie’s trajectory won’t tarnish the joy of witnessing anime being made. Sure, it’s all fictitious but playful references to real world works (Two Piece, In This Center of the World, My Name) ensure that Musashino Animation feels like a part of the industry.

For even causal anime fans, Shirobako’s skewering of industry tendencies is often hilarious. Early on, we join the principles for an on-air viewing party of “3rd Girls’ Fighter Wing: Medusa”. The production staff discusses technical aspects while ignoring a satirical overload of fan-service, as the 3rd Girls’ lead is perpetually losing her clothing. While viewers are rarely shown in Shirobako, the tension between artistic vision and audience pandering is a reoccurring theme. 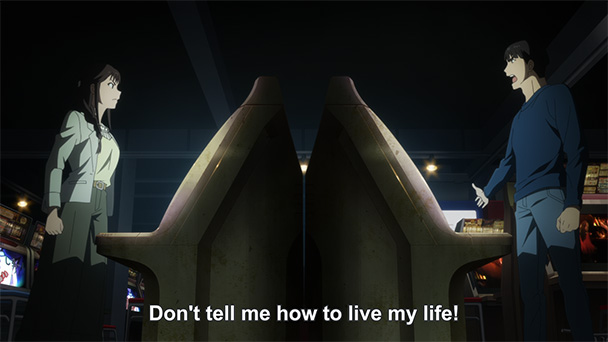 This time out, the main project is a theatrical film, escalating the ante for Aoi and the girls. What’s especially interesting is Shirobako: The Movie’s handling of the conflicts between creative talents. We often hear rumors about the differences that arise between mangaka and animation teams. Here, we’re giving a sideline seat to the disagreement. Given writer Michiko Yokote’s accomplished resume (Ranma ½, .hack//SIGN, Bleach, Cowboy Bebop), there’s a good chance that some of this is rooted in reality. Even if it is dramatized, it adds a gratifying amount of intrigue.

Slightly disappointingly, the authenticity doesn’t carry through the entire film. When Shirobako: The Movie is surveying the whereabouts of the series secondary characters and depicting the hectic details of production, it exudes authenticity. But as the final act grows near and the plot revolves around achieving closure for every character, realism takes a respite. Like the inclusion of fan service, the fairy tale ending is another near-requisite attribute of anime, and one that Shirobako isn’t interested in challenging. 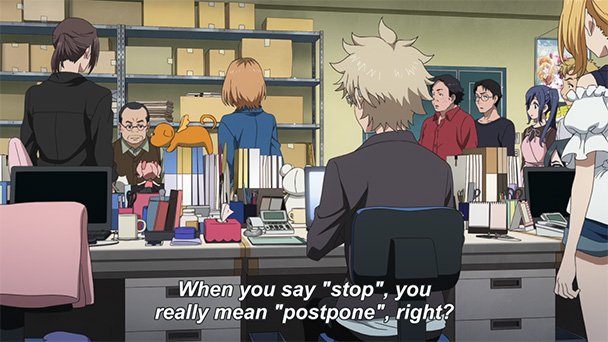 That said, witnessing the transit of freelancer work through Tokyo or the deals that are leveraged during nomikai might be as close as many of us come to witnessing the nuances of the industry. Shirobako: The Movie allows us to observe these details without the heartbreak of dealing with fussy rights holders or the frustrating ordeals that can deadlock adaptations. Maybe happy endings aren’t so bad after all.

Shirobako: The Movie will be available on Blu-ray/DVD on December 7th, 2021