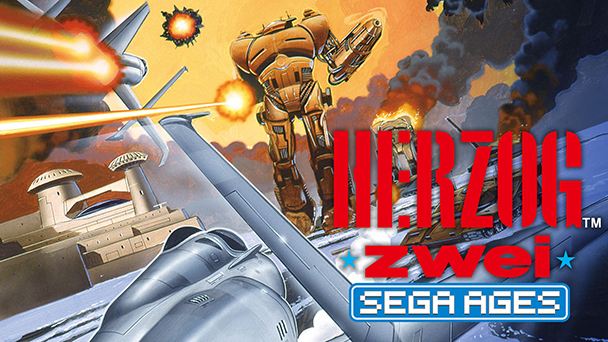 The grandfather of real-time strategy arrives on Switch with the typical M2 treatment. That means a pixel-perfect recreation of the original or if you wish, a number of indispensable modernizations. 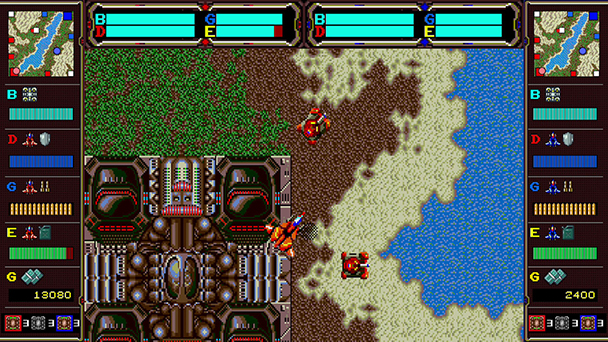 Sporadically, games are ahead of the time. Undoubtedly that was the case for Technosoft’s 1989 Mega Drive/Genesis title, Herzog Zwei (“Duke Two” in German). While the title incorporated some of the same overhead-perspective shooting that Technosoft popularized in Thunder Force and its sequel, the game also presented innovations that would later become popularized in real-time strategy games like Dune II, Command & Conquer, and Warcraft.

But revolutionary games don’t always receive the accolades they deserve. When Herzog Zwei was released in the West, the game received substandard review scores, with critics at Electronic Gaming Monthly notably panning the title. However, when the RTS genre began to flourish, some began reassessing Takashi Iwanaga’s creation. Once deemed perplexing, a number of gameplay elements had become commonplace, making things just a bit more comprehensible.

But that’s not to say that you’ll be able to immediately jump right in Herzog Zwei and have a rollicking good time in your transforming mech. Beyond the divergent nomenclature, the game had more a few idiosyncratic quirks. 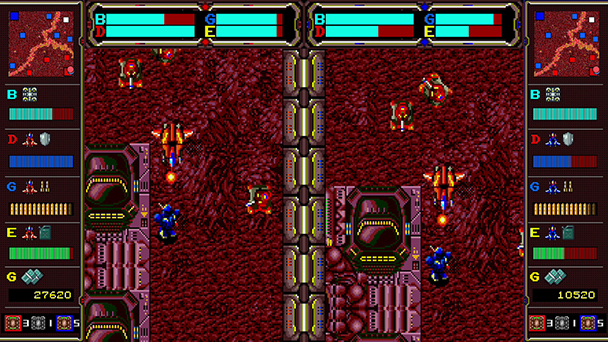 Four Difficulty Settings that Range from Tough to Near Impossible

Thirty years on, SEGA AGES developer M2 is acutely aware of these complications. Instead of jumping right into battle against the CPU or an online opponent, it’s recommended that you head into the game’s training sessions. Don’t worry, these lessons are the type of dull, long-winded lectures found in most titles. Instead, you’ll be greeted by lively, anime-esque instructor as well as a succession of playful SEGA allusions. It’s not often that I feel like playing through a tutorial twice, but here I was tempted by not missing a reference.

Unquestionably, you’ll discover a game that with a multitude of tautly balanced mechanics. The core concept, protecting your base while attempting to besiege your opponents is straightforward. But it’s all too easy to lose track of your main objectives when you’re monitoring the nine outposts that serve as resource production depots. Yes, there are always multiple tasks needing attention in Herzog Zwei and success is often rooted in task management. 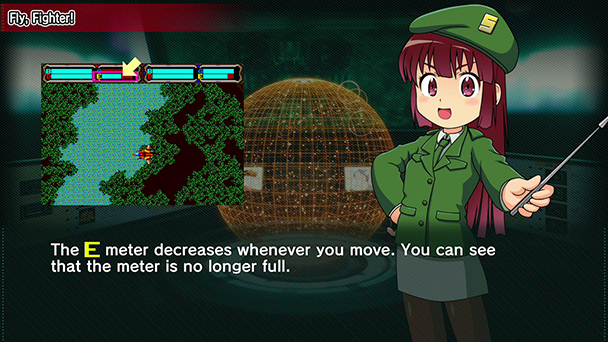 But that’s not the only tension you’ll race. When your mech is in flight mode you’ll have to monitor your energy and munitions gauges. Expend too much and you’ll perish. While you’ll respawn at your headquarters, squandering even a few seconds can prove disastrous. Another sophistication is found in the multitude of ground troops types and commands. You’ll have access to everything from basic infantry, motorcycles, supply trucks and tanks, that can be given commands such to attack the main or minor base, assault on sight, patrol, or remain stationary.

Determining what the best unit and what type of order should be given definitely takes time. But there’s a soothing sense of satisfaction when your strategies can be realized with a few directional pad presses and button taps. While tedium is frequently a factor in these types of games, Herzog Zwei extends a selection of eight maps. Each obliges a different play style, with an aquatic setting requiring more boats or a lava-filled milieu requiring tense navigation, especially when you’re shuttling units about. 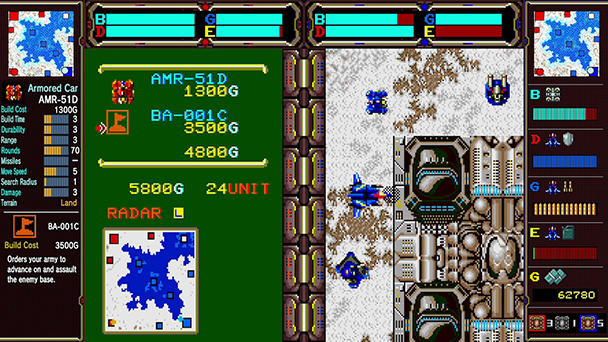 Save at Any time, or Use the Old Passcodes, like “JLJOIGBAOLH”

Smartly, M2’s Switch adaption makes effective use of the Switch’s widescreen format. Instead of the variety of wallpapers found in most of the SEGA AGES titles, useful data like mini-maps and ship status can be found on the border of the screen. In execution, this helps maintain a tense pace, since there’s no need to pause the action. Another perk is the ability to tweak variables such as base and fighter durability, unit cost, and production speed, permitting players to have control a bit more control over Herzog Zwei’s flow. Although you can opt for a pixel-for-pixel recreation of the original, the ability to remove the occasional instance of lag is pleasing. But arguably the biggest selling point is online play, which offered consistently reliable play.

As the final entry in the SEGA AGES anthology, the arrival of Herzog Zwei is a bit bittersweet. By laying the foundation for the real-time strategy genre, the game plays a critical role in game history. As with M2’s previous works, this adaptation is impeccable, extending a meticulous reworking of the original, as well as endowing the title with modern convivences. As such, it’s tragic to see the project come to an end. Still, M2 planner Tsuyoshi Matsuoka and the rest of the team couldn’t have picked a better project to end on. Let’s hope his aspirations of reinvigorating other SEGA title comes to fruition.

SEGA AGES: Herzog Zwei was played on Switch
with review code provided by the publisher

SEGA AGES: Herzog Zwei review
The grandfather of real-time strategy arrives on Switch with the typical M2 treatment. That means a pixel-perfect recreation of the original or if you wish, a number of indispensable modernizations. Sporadically, games are ahead of the time. Undoubtedly that was the case for Technosoft&rsquo;s 1989 Mega Drive/Genesis title, Herzog Zwei (&ldquo;Duke Two&rdquo; in German). While the title incorporated some of the same overhead-perspective shooting that Technosoft popularized in Thunder Force and its sequel, the&hellip;

Summary : Herzog Zwei is the title that should have put the Mega Drive on the map. But it was just too smart for its time. Mercifully, M2’s remake permits players to reflect on the game’s virtues, along with optional enhancements. Three decades later, the game remains engaging and a fitting coda for the SEGA AGES project.