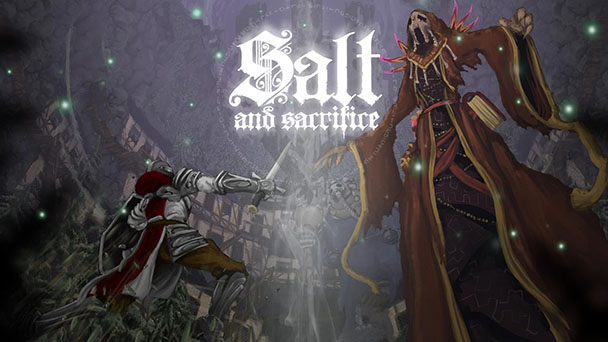 Building on its ambitious predecessor, Salt and Sacrifice draws from titles such as Demon’s Souls and Castlevania. But this time out, there’s a bit of Monster Hunter-style augmentation that’s evident as well, offering rewards which offset high level of challenge. 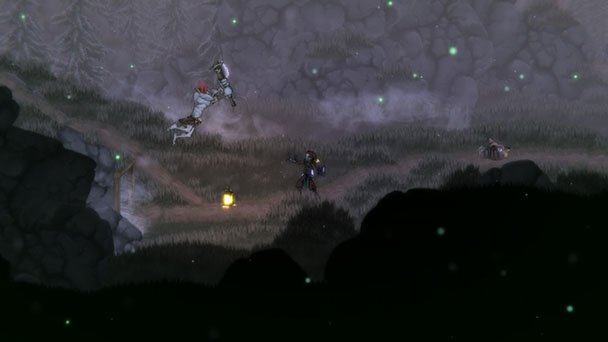 Several design philosophies have been massively influential in gaming. Following years of power fantasy, Soulslikes introduced a sense of fragility with almost any enemy capable of killing you. Traditionally, they impart humility by putting you against an impossible boss at the very start. Meanwhile, the Metrovania genre rewards the careful explorer who can focus on scouting out save points rather than get distracted in stat-building fights.

Six years ago, these approaches merged with the release of Ska Studios’ Salt and Sanctuary. Advancement required a careful approach. Frequent parrying and a vigilant eye on the stamina bar were crucial for survival. An aptitude with the game’s weapons and a tendency for smart item usage were two other invaluable skills. Meanwhile, an elaborate system of footpaths and branching walkways meant a player’s navigation skills were also tested. Especially since the game didn’t provide any cartography. 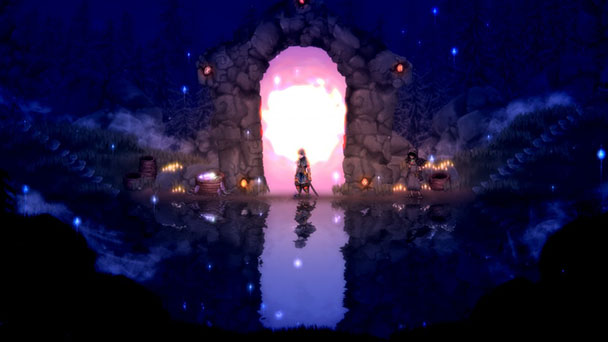 Sequel Salt and Sacrifice doesn’t veer far from the talents of its predecessor. A modest character-builder component allows for the building, naming, class selection of the protagonist. You’ll also be able to choose the reason for your character’s criminal status. My own “marked inquisitor” was busted for alchemy. Like every captured criminal, he ended up in Pardoner’s Vale, and condemned to hunt down an assortment of mages. Corrupted by the elements, these magic users have devastated the landscape, triggering a tide of antagonistic creatures.

If you played the predecessor, you’ll immediately notice some new improvements. Noticeably, the camera is pulled back offered a broader point-of-view on the action. And while Salt and Sacrifice’s art offers enhancement, a pulled-out camera helps hide the amateuristic style. While I didn’t have much of an issue with it, I could see others not liking the game’s perpetually muddy palettes and marionette-like animations. 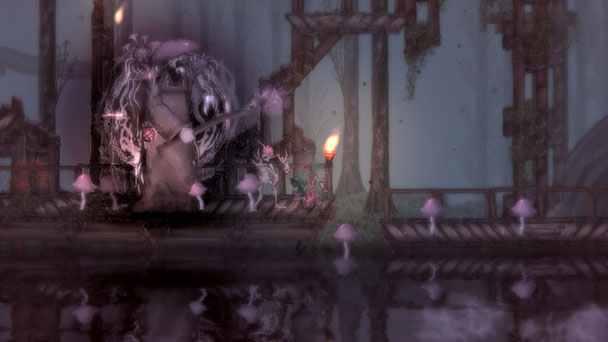 Focusing on the visual is difficult when facing a rigorous challenge- and Salt and Sacrifice is certainly no pushover. Fortunately, your starting loadout is capable. Beyond a main weapon and a shield, you have access to a limited number of ranged projectiles as well as an indispensable dash. In combat, the invincibility frames provided when darting about are certainly advantageous. But Sacrifice forces you to commit with your two types of strikes. The absence of canceling during an attack animation will probably take some time to get accustomed to. Another quirk is the game’s handing of aerial attacks. Striking tends to stop your descent. But landing a blow is a bit harder than it might seem.

But that’s not to say that fighting isn’t fun. It’s satisfying to sneak up on preoccupied foes and let loose with a short combo that catches them off-guard. Or you might opt for a more defensive approach. Given the game’s habit of throwing environmental obstacles at you, having protection readied can help keep you alive. Like many Soulslikes, reflexes are important so is strategy. Nearly everything function takes time to complete, so you’ll need to find a safe space to chug down a health-rejuvenating Hearten Flask. Over and over again, the genre wants to make sure you are persistently prepared. Whoever said games weren’t educational?

Beyond Soulslike and Metroidvania elements, defeating bosses demonstrates an indebtedness to Monster Hunter’s crafting systems. Like Capcom’s beloved franchise, Salt and Sacrifice’s bosses aren’t always confined to a single area. The game’s mage hunts will offer several smaller, scattered skirmishes. Survive each of these and your opponent will shift to a closed area where a more traditional showdown will commence. Since the mages are usually on the move, they’ll randomly spawn in different areas. Sometimes, two mages will end up in the same area. If they start damaging each other you can try to stay out harm’s way. But occasionally, they’ll both turn on you, which often leads to an exasperating death. Just fighting a single mage is tough enough. Occasionally, these baddies will generate their own subordinates which when added to the enemies already in the vicinity, can make victory just as impossible as the game’s initial boss trouncing.

Fortunately, the dividends gained after defeating mages helps offset the sporadic frustration. Like Monster Hunter, you’ll salvage resources to create better weapon and armor sets. Unlike the basic materials that carve from slain creatures, you occasionally earn items with some helpful abilities; these mages weren’t carry around random scrap. I found a blade that could block most incoming damage and could dish out powerful are-of-effect assaults. One staff amplified my dark energy allowing my character to toss out projectiles that could thin out enemy numbers. Refighting mages you’re already vanquished once with an enhanced load out always feels rewarding. Then, there’s a skill system that’s quite massive. Luckily, you’re given a stone every five levels that permits players to unlearn a single skill and respec. 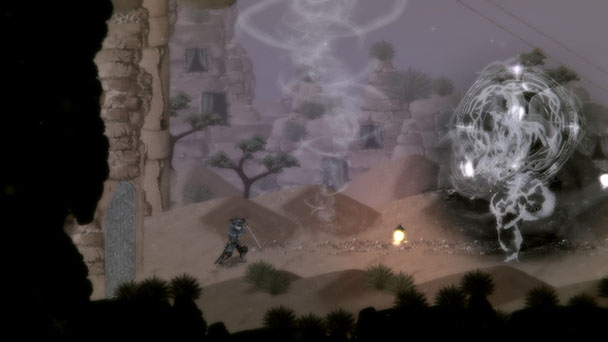 Like any exploration-based adventure, you’ll frequently have to revisit places after obtaining the proper tools for navigation. Mercifully, Salt and Sacrifice telegraphs those requirements quite clearly. But the decision to not supply players with any kind of in-game map will be more contentious. Sure, there’s something wonderfully archaic about directions that turn you to “head east after you see the cat”. But there are moments where you’ll wander around disoriented, and yearn for a fast-travel system. Salt and Sacrifice does split things up across five different biomes that tend to have their own distinct look and enemies. But occasionally, you’ll use all of your restorative items while chasing after an elusive magic user.

Sure, mage hunts suffer from things like from peculiar hitboxes, inconsistent collision handling, and overpowered attacks. But these nuisances aren’t deal breakers thanks to design decisions like frequent checkpointing and leniency when your character is killed. If you (and an optional partner) appreciate the titles that Salt and Sacrifice’s draws from, there’s a strong chance that you’ll enjoy this distinctive, 2D jaunt.

Salt and Sacrifice was played on PC with
review code provided by the publisher.

Salt and Sacrifice review
Building on its ambitious predecessor, Salt and Sacrifice draws from titles such as Demon&rsquo;s Souls and Castlevania. But this time out, there&rsquo;s a bit of Monster Hunter-style augmentation that&rsquo;s evident as well, offering rewards which offset high level of challenge. Several design philosophies have been massively influential in gaming. Following years of power fantasy, Soulslikes introduced a sense of fragility with almost any enemy&hellip;

Summary : A journey through Salt and Sacrifice typically shines, as you tackle a succession of threatening enemies and even more dangerous mages. While the occasional blemish will vex, the incorporation of design philosophies from admired games fits together quite well, making for an engaging, and occasionally, exhausting experience.