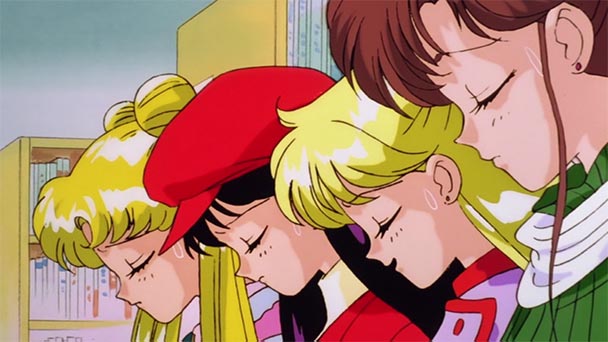 When Pioneer Entertainment Sailor Moon S: The Movie arrived stateside in 1999, it trailed the original theatrical Japanese release by a half decade. While the film showcased the irrefutable charm of the animated television series, it seemed just a bit dated upon arrival. Contrasted against other animated features, production and plot didn’t exhibit the same complexity as more contemporary works. Now, nearly a quarter century after the movie’s debut at the 1994 Toei Anime Fair, Sailor Moon S has arrived on a DVD/Blu-ray combo pack. While a number of elements remain antiquated, current events have serendipitously generated a sense of relevancy for the sixty-one-minute feature.

Adapted from Sailor Moon creator Naoko Takeuchi’s The Lover of Princess Kaguya short story, the film not only draw inspiration from the ancient Japanese folktale but take inspiration from Hans Christen Andersen’s The Snow Queen. Of course, Takeuchi’s isn’t the only one to pay homage to the Danish fairytale, with Disney’s Frozen reproducing key plot points and characters as well. Unsurprisingly, it’s difficulty not to see parallels with the 2013 CG-animated movie, especially with the literal and figurative conflation of frostiness. 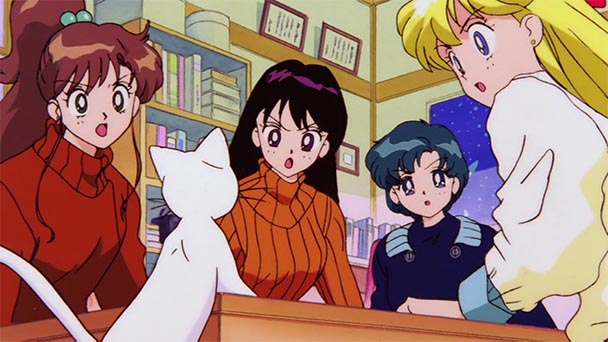 Sailor Moon S: The Movie opens with antagonist Princess Snow Kaguya eying Earth with malicious intent, hoping to blanket the planet with a layer of ice. But when a small fragment of her comet accidently falls onto Earth and is lost, the power of her treacherous plans is diluted. The snowflake-like splinter is found by an astronomer named Kakeru, who doesn’t realize the object is stealing his life energy. But, that’s not the only issue facing Kakeru. The presence of the fragment made him irritable, snapping at his girlfriend Himeko on the eve of her voyage to the moon.

It’s also not the only instance of romantic dysfunction in the film. When Luna catches a cold, she’s rescued and cared for by Kakeru and subsequently develops an asymmetrical attraction to him. When she returns home with Usagi, Artemis notices a difference, and becomes a bit heartbroken. As such, Sailor Moon S: The Movie is able to invert the characteristic role of Luna and Usagi. Typically, the feline-form guardian acts like a parent to the lead, ensuring she doesn’t neglect her middle-schooler responsibilities. But here, Usagi is able to draw on her romantic experiences with Mamoru and provide a bit of advice. 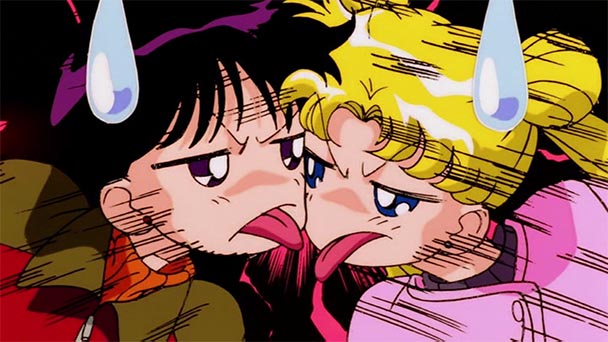 For Sailor Moon fans, it’s an important moment that foreshadows the unselfishness and caring attributes that emerge as she matures. During this part of the timeline, she’s still prone to the comical but childlike outbursts when she doesn’t get her way. But that’s not the only remarkable attribute with Sailor Moon S: The Movie. Years after its original release, the dialectic between science and folklore in the film seems exceptionally germane. Himeko, as an astronaut embodies cold rationality, while Kakeru is driven by the power of legend, with The Tale of the Bamboo Cutter a motivation for his interest in astronomy. The film’s advocation of disciplinary assimilation seems eerily relevant when attempting to understand the dogma of flat-earthers and those resistive to notions of climate change.

That’s not to say that the entire film is timeless. Transformations and kiai (calling out attacks) are an essential element of Sailor Moon. Here, they cultivate a sense of nostalgia when both teams of Scouts (Pluto, Uranus, Neptune, and Saturn and were added late in the Sailor Moon R series) go through their henshin sequences. But when executed back-to-back and adding up to a at least a tenth of the film’s running time, they tend to interrupt the main narrative. That said, it’s difficult to blame director Hiroki Shibata for twenty-four-year-old transgressions. When the film was released in 1994, these were undoubtedly some of the highlights along with two invigorating battle sequences. 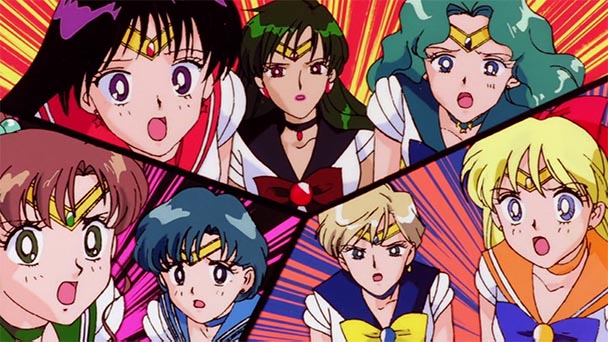 Luckily, Viz Media has done a competent job of remastering the film. Quality is comparable, if not better than most of the series re-releases, with little of the soft image quality that has plagued some Sailor Moon efforts. Pleasingly, the film arrives on dual media, with both the DVD and Blu-ray flaunting Japanese and English language versions, in 1080p, 16:9 output. If you do prefer dubs, a new voice-over with actors such as Stephanie Sheh, Cristina Vee, and Michelle Ruff is a definitive improvement over the original Pioneer Entertainment release. 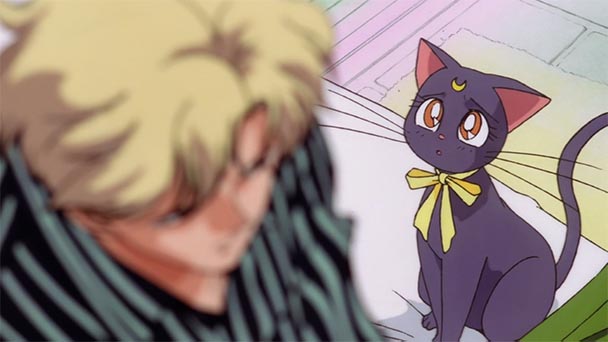