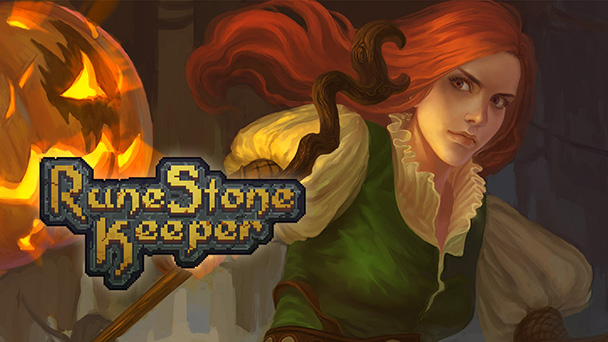 Runestone Keeper is ideal for when you want a dungeon-delving, monster-murdering, experience but don’t have hours to spare. While the board-game like approach doesn’t offer much storytelling, the traditional role-playing dilemmas are here in condensed form.

I absolutely love 80+ hour role-playing games. Given a substantial investment of time, I’ll often feel a connection with party members, making victory blissful and tragedy especially heartfelt. But the burden of affording these experience means that these epic RPGs must be organized around work schedules. As such, I rely on succinct tabletop-style diversions to deliver a dose of adventure. Offering speedy interpretations of exploration, combat, and inventory management, these offer some of the thrills of their bigger brethren, while habitually stealing less than an hour from your day.

The Switch port of Blackfire Games’ Runestone Keeper does a competent job at paring an RPG down to its essential elements. Head into the 170MB download and you’ll be able to play through the game’s interactive tutorial. While useful for conveying some of the title’s interface-related decisions (ZL and RL are used with the combination of a face button to use inventory items or cast spells), don’t expect the sequence of lessons to impart any kind of strategy. For that, Runestone Keeper wants you to develop your approach through play, gleaning proficiency across repeated journeys. 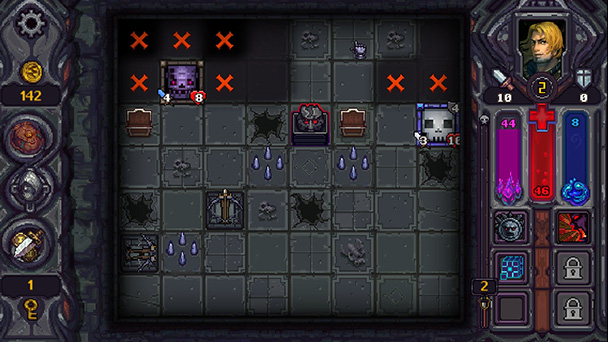 Largely, Runestone Keeper eschews narrative, meaning a character’s backdrop in largely defined by their stats, passive ability, and starting skill. Although you’re only able to select basic blonde adventuring hero “Guy” at first, nine other adventurers will eventually become unlocked at the game’s tavern. Personally, I bonded with Dellamorey, the crazed axe-wielder who resembled Tom Savini. It’s hard not a love a hero who attacks grow stronger for every corpse that litters a room. In keeping with table-table tradition, you do have to use your imagination with characters, since they’re rendered with a single, small portrait.

Play takes play on a 7×8 grid of cards, with one flipped over every turn. Discover a trap and you’ll incur damage, first to your shielding and then a deduction to your life points. Reveal a monster, and you’ll find a trio of stats: attach, health, and shield, helping you determine if you want to attack the foe immediately or potentially disregard the beast. Each creature behaves differently, and you’ll want to weight the benefit of acquiring experience points versus the potential for permadeath. Later, you’ll encounter ranged monsters who aren’t as passive, and will strike you with each passive turn. Another concern are enemies that gradually grow stronger with each passing turn. 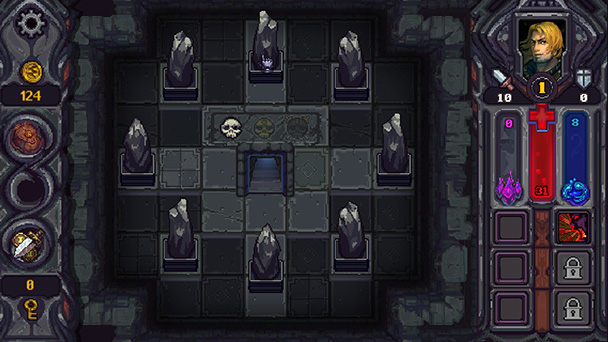 Lured by the Loot

Smartly, decisions have long-term consequences. While you can evade many monsters early on, you’ll be underequipped later, as you sink deeper into Runestore’s floors. While you’ll occasionally uncover new equipment for your character, defeated enemies also provide elevated rewards as well as the occasional key used to access the next floor. With only a trio of slots, inventory management is fittingly tricky. You’ll often be forced into using items prematurely to make room for a new tool.

Similarly, you’ll earn soul points with every new grid block you uncover. While banking this away is always prudent, you’ll sporadically be temped to spend these, at say, fountains that reveal the position of monsters or traps. Like any respectable adventure game, selection always surpass your current savings. All you can do is make the best plan for facing randomness, and hope adversity doesn’t throw everything it has at you. 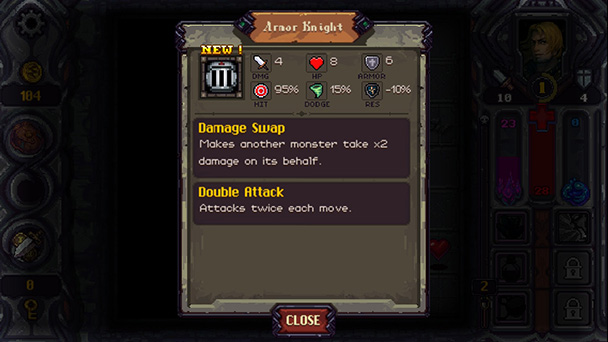 Death Lurks Tirelessly on Every Floor

Heroes are outfitted with two different loadouts. While that might seem like overkill at first, once you encounter foes with ranged attacks, you’ll appreciate have a toolset handy to take care of that crisis.  And you’ll need every option at your disposal, as monsters tend to take control of the areas around them. All too often, you’ll need to kill them to take possession of the what’s under the adjacent cards.

Inevitably, death will take possession of your brave warrior. Like most games with rogue-like influences, Runestone Keeper will habitually make you forfeit most of your possessions. You can retrieve them if you manage to descend to the floor you perished on, but this can be a struggle. Mercifully, you do get to keep any gold you’ve collected, which is used to purchase permanent passive upgrades like an increased chance to avoid traps, additional life points, or a higher chance to find runestones. 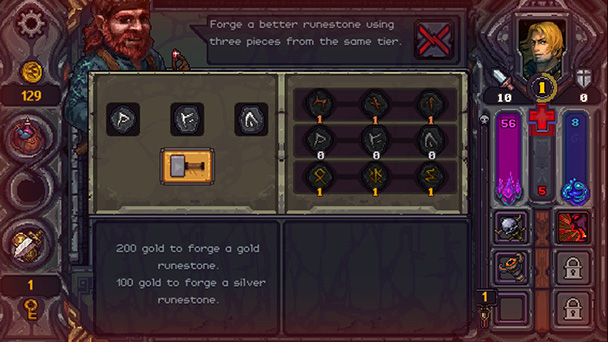 Monster, Haven’t We Met Before

Like most tabletop-inspired titles, familiarity comes all too quickly. Sure, Runestone Keeper offer new monsters and loot as you venture into its deepest recesses. But by that time, you’ve seen 95% of what the game has to offer. While your experience might be different, I felt I had seen most of the game had to offer by the five-hour mark. Yet, I endured for the sake of this review, finding the each new playthrough grow ever more homogenous.

As such, Runestone Keeper might not warrant a full-priced purchase. Super Battle Cards offers a comparable type of condensed gaming experience at a price point that’s habitually less than a dollar. It’s not quite as sophisticated and the font can be a bit too small, but it delivers the same type of short term, card-flipping dungeon crawl. Those craving a just a bit more complexity, could descend on Runestone Keeper’s quests after seeing if abridged adventuring is appealing.

Runestone Keeper was played on Switch with
review code provided by the publisher.

Runestone Keeper review
Runestone Keeper is ideal for when you want a dungeon-delving, monster-murdering, experience but don&rsquo;t have hours to spare. While the board-game like approach doesn&rsquo;t offer much storytelling, the traditional role-playing dilemmas are here in condensed form. &nbsp; I absolutely love 80+ hour role-playing games. Given a substantial investment of time, I&rsquo;ll often feel a connection with party members, making victory blissful and tragedy especially heartfelt. But the burden of&hellip;

Summary : Want the gratification of dungeon grinding but in condensed form? Runestone Keeper prunes adventuring down to its most fundamental elements, offering an accessible adventure that can be undertook in less than an hour.