Rollers of the Realm review 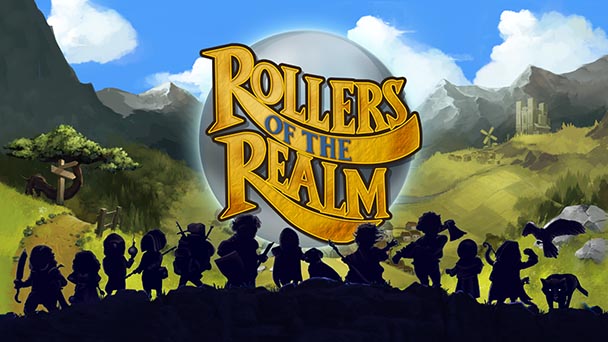 Over the last few years, it seems like role-playing mechanics have seeped into every conceivable genre. From the inclusion of MyGM mode in the NBA 2K series- where players make decisions via branching dialog trees to Puzzle Quest: Challenge of the Warlords’ fusion of match-three puzzling with character cultivation, RPG fundamentals are no longer restrained to the adventure game. The release of Rollers of the Realm for the PlayStation 4, PS Vita, and PC demonstrates these stat-based rudiments merged with the core constituents of pinball, resulting in a largely likeable play experience- albeit with a few minor misgivings.

Sure, Rollers isn’t the first game to move beyond the confines of single-table play. TurboGrafx-16 classics Alien Crush and Devil’s Crush stretched across multiple playfields and bestowed the sporadic boss battle, inspiring succeeding titles like Sonic Spinball and Flipnic: Ultimate Pinball. But save for these deviations, each game doggedly adhered to the principles of the quarter-munching pastime. 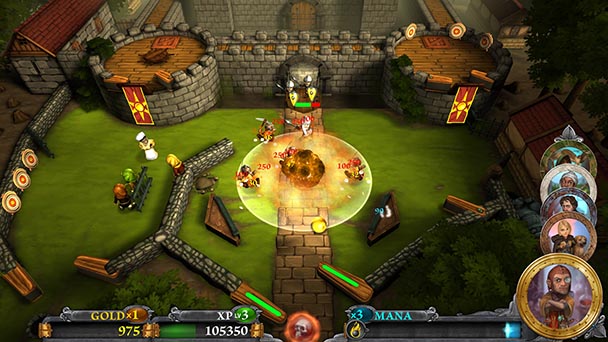 Foundationally, Rollers of the Realm still incorporates pinball principals, with rounds started by pulling the plunger (here called a ‘launcher’) to fling a ball into play. With gravity persistently pushing the orb toward the bottom of the screen, players use flippers to return the sphere back up the playfield. As any pinball wizard will tell you, nudging the ball is an essential skill. In this capacity, Rollers gives a pleasing amount of flexibility, allowing players to precisely guide the sphere toward objects and areas.

But that’s where the similarity ends. Instead of an insipid orb, each ball in Rollers of the Realm is a different personality. Players start the game as a young orphaned girl simple known as the Rogue, before unlocking different sphere like the benevolent Healer and drunken, cantankerous Knight. Although Rollers protagonists rarely transcend high-fantasy trope and are personified through amateurish voice acting, these setbacks aren’t significant. Instead, character distinction is best articulated by size, speed, and special ability. 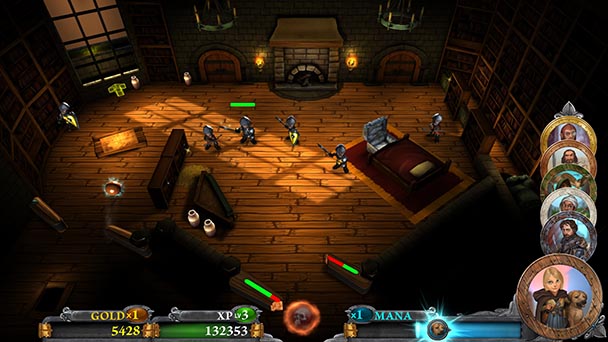 Beyond color coding, each orb is differentiated by the way it moves across each play field. The Rogue’s diminutive size allowing her to slip through small crevices, while the portly Knight splinters destructible objects but his corpulent size makes him harder to direct (and more difficult to accidently drain). Beyond these attributes, each persona has a distinctive skill, from triggering multi-ball, temporary blocking the drain hole, to the power to revive fallen comrades. As the campaign progresses, players recruit additional characters that grant abilities like restoring damaged flippers and automatically attacking nearby targets.

Unlocking these party members helps to cultivate a pleasing sense of progression, since gamers can shift between characters. Once the ball is either held by a flipper or returned to the launcher, a button press changes the active adventurer. Coupled with the progression of each table, these decision endow Rollers of the Realm will a subtle puzzle-like quality as certain characters are essential for advancement. Another adept design decision is how scoring is contextualizing. Instead of simply accumulating points, collisions with playfield elements bestows either mana or currency. The first resource is essential for using the special ability of each character, while wealth is used to purchase a wealth of stat-boosting supplements for their party members. In execution, this permits Rollers to incorporate the difficulty-assuaging mechanic of role-playing games. Thankfully, the game does so, with placing too much of an emphasis on grinding. 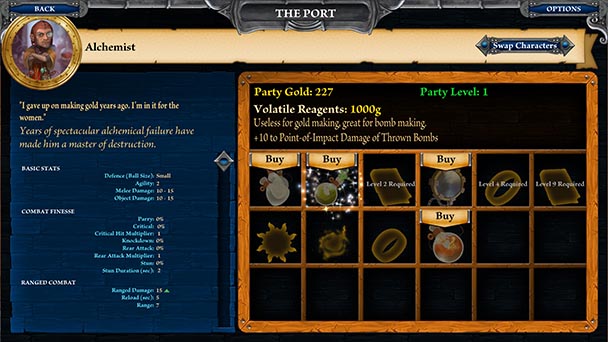 The effects of the passive boosts are seen during Rollers of the Realm’s interpretation of combat, with damage assessments and parry indicators exhibited when the ball makes contact with enemies. But even with a multitude of purchased augmentations taking down ordinary foes can be tedious, with several hits needed to mow down the softest of enemies. While that’s forgivable, the balance during boss battles isn’t. Often these showdowns can stretch for nearly half an hour, as players exploit fleeting windows of opportunity and attempt to heal their flippers after antagonist attacks. This issue is exasperated in the final showdown, where failure takes gamers back to the beginning of a three-part confrontation.

Although Rollers of the Realm’s voice acting isn’t convincing or compelling, the game’s visuals are commendable. Cutscenes are composed of attractive hand-drawn imagery that’s accentuated by the Ken Burns effect. Character portraits are praiseworthy as well, with representations delivering as much backstory as the assembling of expositional text and voice-over. Pleasingly, Rollers’ expends enough graphical options to get the game running on all but the oldest or lowest end PCs. On our in-house A10/GTX 770 PC, with every setting maximized, the title ran flawlessly. 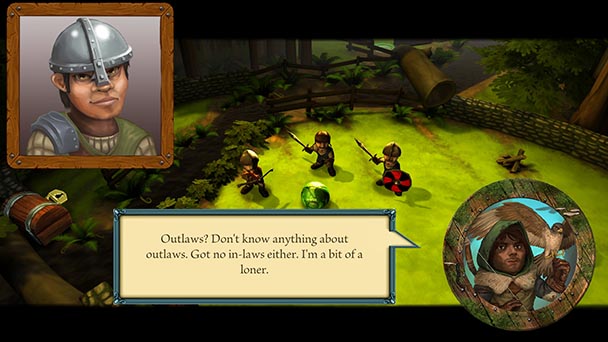 Aside from balancing issues which make boss confrontations more exasperating than entertaining, Rollers of the Realm is a creative and capable title. Intermingling role-playing and puzzle elements with the fundamentals of pinball works surprisingly well, with the end result just revealing enough of each separate ingredient. A recommendation rests on the Rollers’ reasonable ten-dollar price- and if players can find the game for a bit cheaper, we’ll have to offer a passive boost to the overall score.

Rollers of the Realm was played on the PC with review code provided by the publisher.

Rollers of the Realm review
Over the last few years, it seems like role-playing mechanics have seeped into every conceivable genre. From the inclusion of MyGM mode in the NBA 2K series- where players make decisions via branching dialog trees to Puzzle Quest: Challenge of the Warlords&rsquo; fusion of match-three puzzling with character cultivation, RPG fundamentals are no longer restrained to the adventure game. The release of Rollers of the Realm for the PlayStation 4, PS Vita, and PC demonstrates these stat-based rudiments merged with the core constituents of pinball, resulting in a largely likeable play experience- albeit with a few minor misgivings. Sure, Rollers&hellip;

Summary : Genre mash-ups can be hit or miss. Rollers of the Realm falls into the former category, offering an imaginative amalgam of role-playing, pinball, and light physics-based puzzling. 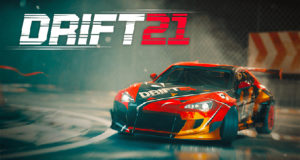 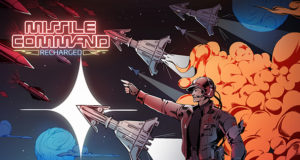