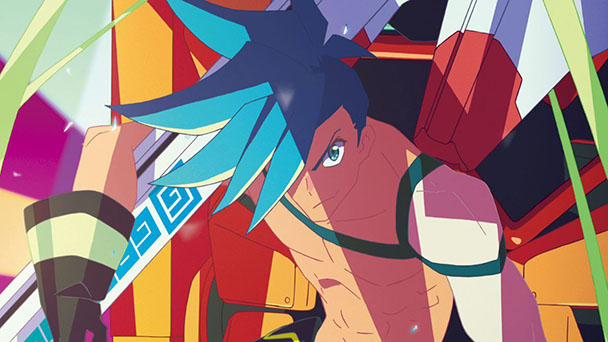 With the release of Promare, Studio Trigger delivers its first feature-length film, shoehorning at least two seasons of retina-searing spectacle into a 111-minute production. While ardent fans might miss the subtle eroticism that sneaks into Imaishi’s work, they’ll still appreciate the signature larger-than-life personalities as well as storytelling that deftly mixes the fantastical and topical.

Of course, Promare will unquestionably be remembered for its aesthetics. Blending traditionally two-dimensional characters with computer-generated imagery (CGI) isn’t new; 2004’s Appleseed brought the fusion of visual styles to the big screen. And save for the enduring difficulty of blending animation methods that operate at divergent framerates, Promare provides a procession of near-hypnotic action sequences.

Like Trigger’s approach to facial expressions and body language, these scenes are wonderfully hyperbolic. The camera constantly whips around characters and architecture, detailing chaotic cabin interiors for a moment before exhibiting minimalist cityscapes. Of course, the austerity of landscapes is a conscious decision, providing a context without competing for our visual attention. Certainly, there’s a legion of Hollywood directors who could learn from Imaishi’s meticulous framing of action. 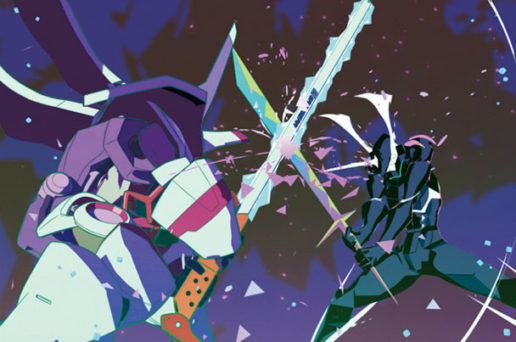 Others could glean insight from screenwriter Kazuki Nakashima’s handling of unabashedly pulpy material. The film’s opening sequence details the emergence of bizarre phenomenon where a person’s anger causes them to combust, releasing infernos of bright pink flames. Eventually, this outbreak builds into a period known as the Great Burning. After thirty years, civilization has rebuilt, and those who can harness combustion capabilities, called Burnish, are banished.

Wisely, Promare shirks the kind of long-winded prologue that can feel woefully formulaic. We first meet Galo Thymos, who with a rooster-coiffed blue hair and tendency to work shirtless, barks the type of audacious statements made by fighting game characters. He’s a member of Burning Rescue, a defensive unit who wears mecha-armor to battle blazes and bring the Burnish to justice. His hotheaded tendencies are balanced by Aina Ardebit, a by-the-books, pin-haired teen, as well as Lucia Fex, the team’s inventor and mechanic. While we don’t get enough time to witness the teammates banter when they’re not working, the repartee during action sequences creates a breakneck pace. 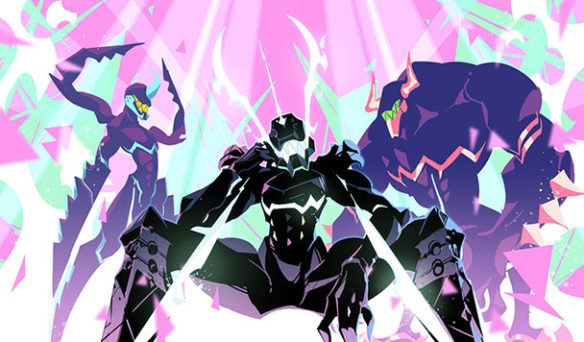 Naturally, Nakashima’s ambitious are greater than just a rivalry between a fire-fighting team and the group they’re supported to restrain. After Galo has a showdown with the leader of a militant Burnish faction, Promare’s motives become a bit more apparent, with the film focusing on relativism rather than a reductionist confrontation between good and evil. Weaving in a multitude of environmental and ethical issues, the film visuals might dumbfound but its narrative is poised to make you think.

Contributing to the synergy of another Imaishi and Nakashima collaboration, Hiroyuki Sawano’s soundtrack consistently elevates the intensity. Whether it’s the swelling strings that underscore a moment of emotional disclosure or the feverish rhythms provide a cadence for the action, the score is a factor in Promare’s success. Proficient vocal performances from the cast, especially Kenichi Matsuyama (Galo) and Taichi Saotome (Lio) are another indispensable element, as least for the subtitled version. 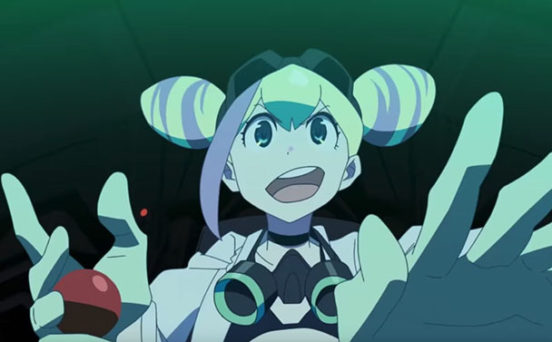 Promare opens in US Theatres on September 19th, 2019. Tickets are available here. 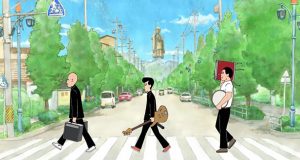