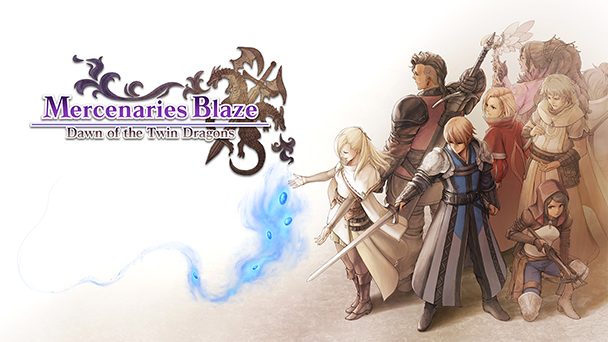 The latest entry in RideOn’s franchise continues to demonstrate improvement. Although the game doesn’t contribute much originality to the strategy role-playing genre, it’s still a worthwhile and contenting experience. 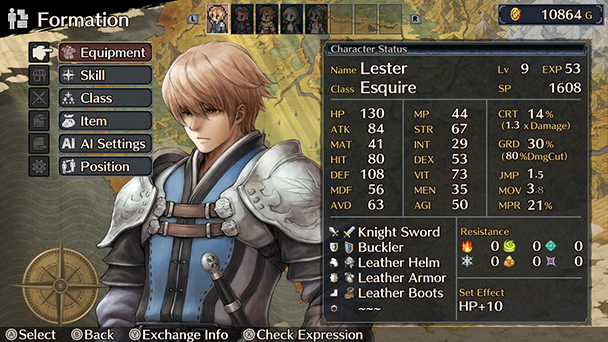 After a trio of entries, released between 1997 and 2007, Square Enix shows little interest in continuing Final Fantasy Tactic’s legacy. Sure, 2013’s Final Fantasy Tactics S allowed Japanese mobile players to revisit the kingdom of Ivalice. But the title eschewed much of the meaty strategy of its predecessors and was retired a little over a year later. Fortunately, a multitude of other developers have offered their own brand of turn-based team battles.

Although RideOn’s efforts might have lacked the budgets or scope of franchises like Disgaea or Fire Emblem, their Mercenaries series has been consistently enjoyable. With the release of the fifth entry, Mercenaries Blaze: Dawn of the Twin Dragons, the developers continue to improve many of the foundations. If you’ve been sitting on the sidelines, watching the series develop a growing fanbase, this standalone title makes an ideal inroad. 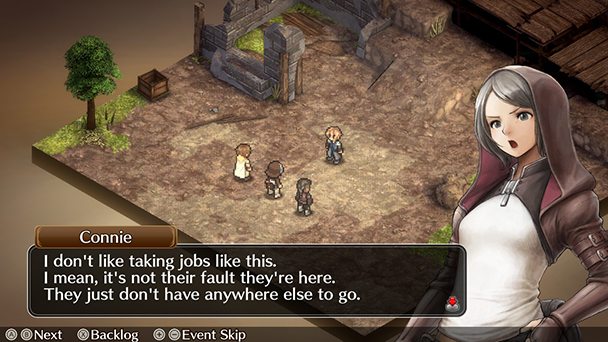 An Exploration of Nationalism

While Dawn of the Twin Dragons doesn’t require any familiarity with previous entries, returning players will find a recurring motif of large-scale conflicts seen through the eyes of unassuming hired guns. With Twin Dragons, strife stems from the kingdom of Euros’ decree that foreigners must adopt the State’s dominant religions. Expectedly, this rule vexes some migrants, and it’s the job of the game’s mercenaries to round up the immigrants and place them in work camps.

While Mercenaries Blaze’ expositional ambitions are noble, it’s execution is lacking. The nuances of immigration and forced indoctrination certainly deserve exploration, but the terse dialog often doesn’t provide enough substance for an adequate representation. Sure, there are glimpses of sophistication, like when the game tries to tackle the tensions faced by diasporic groups. But the journey from unchecked jingoist to skeptic is too plain-spoken and obvious. 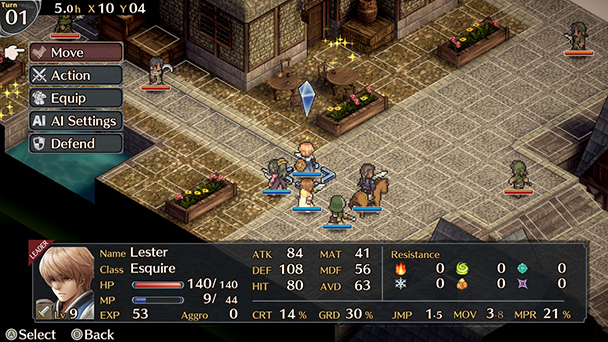 Despite RideOn not quite succeeding with the story, the title triumphs at battlefield strategy. At regular intervals in the plot, conflict emerges, pitting your scrappy team of up to eight members against an assemblage of adversaries. Wisely, Mercenaries Blaze favors accessibility. Even if you’re a newcomer to the strategy role-playing genre, moving and giving commands to your squad of mercenaries is uncomplicated, with highlights displaying navigation and attack ranges.

Regardless of experience level, you’ll likely appreciate the game’s Final Fantasy Tactic-inspired traits. Advantages in battles can be earned by attacking opponents from the side or from behind, while being at a higher elevation has its own benefit. Dawn of the Twin Dragons’ AI can be enjoyable challenging, especially since enemies like to gang up on prone units. I always appreciate a game that replicates my tactical approach. 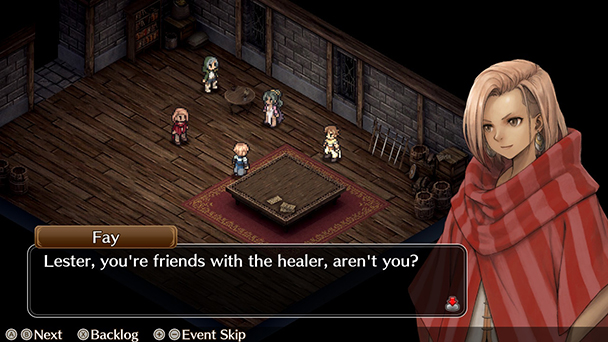 Pleasingly, RideOn gets many of the minutiae correct. Party members gain experience quick enough to not have to pause their progress to level grind. But should you find joy in non-compulsory battles, there’s side-missions to tackle, with many assignments rewarding your efforts generously. Just be sure to grab any loot laying around the battlefield before putting down the final enemy. Oddly, anything that’s left at the end of a battle is forfeited.

Another upside is found in the character augmentation process. Periodically, characters earn skill points that can be used to enhance their existing abilities or even change classes. Vocational shifts are especially worthwhile, since teammates will gain new skills and abilities without having to surrender any of their current ones. As such, characters become incredibly useful when they mature, with an arsenal that’s flexible enough to undertake almost any situation. 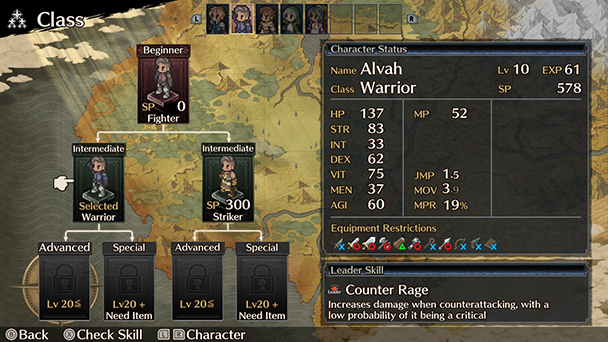 Unsurprisingly, Dawn of the Twin Dragons aims to recreate the captivating aesthetics of Final Fantasy Tactics. Frequently, the game succeeds in those ambitions with elements like attractive hand-drawn character portraits. Meanwhile, the diminutive sprites used in battles exhibit a bit more animation that previous Mercenaries titles, and reveal pleasing details likes equipped weapons. Sonically, the game has a respectable soundtrack, but is no match for Hitoshi Sakimoto’s work. Although there are some stirring songs, there’s a bit too much filler.

If you’re a tactics junkie who has already extracted enjoyment from the Disgaea or Fire Emblem games, RideOn’s Mercenary series is a likeable second-string strategy role-playing franchise. Sure, it’s doesn’t have quite the polish or complexity of Nippon Ichi or Intelligent Designs’ efforts, but it’s indisputably enjoyable. Dawn of the Twin Dragons is the franchise’s best outing yet and shouldn’t be overlooked.

Mercenaries Blaze: Dawn of the Twin Dragons was played
on Switch with review code provided by the publisher.

Mercenaries Blaze: Dawn of the Twin Dragons review
The latest entry in RideOn&rsquo;s franchise continues to demonstrate improvement. Although the game doesn&rsquo;t contribute much originality to the strategy role-playing genre, it&rsquo;s still a worthwhile and contenting experience. After a trio of entries, released between 1997 and 2007, Square Enix shows little interest in continuing Final Fantasy Tactic&rsquo;s legacy. Sure, 2013&rsquo;s Final Fantasy Tactics S allowed Japanese mobile players to revisit the kingdom of Ivalice. But the&hellip;

Summary : Mercenaries Blaze: Dawn of the Twin Dragons adheres closely to SRPG formula. For some, that might be a drawback, making the game a bit bland. But others will appreciate the game’s systems, which draw from one of strategy gaming’s best efforts.