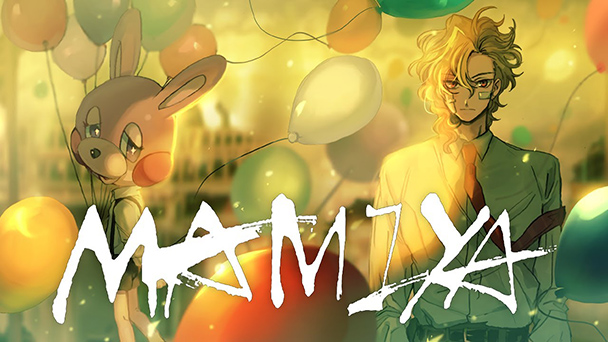 Often unflinchingly bleak and remarkably equivocal, MAMIYA – A Shared Illusion of the World’s End isn’t your typical visual novel. But like many great works of literature, it’s exceedingly perceptive, offering insights into the human condition that are poised to resonate with readers. 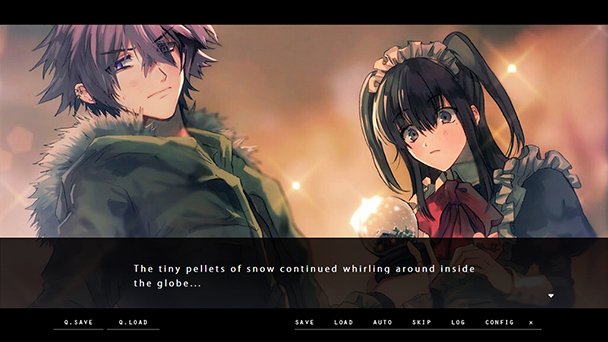 Entertainment habitually adopts an objective point-of-view, providing us with a decidedly unambiguous perspective. As such, it’s often easy to stay a few steps ahead of characters, observing a fate that they’re often oblivious to. While this standpoint might be entertaining, it’s not incredibly realistic. Few of us can foresee all of the obstacles that life will throw at us and it’s probably even more difficult to predict the effect these hurdles will have on us.

Doujin developer Kenkou Land (Remless Blue 2:00 AM) MAMIYA – A Shared Illusion of the World’s End offers a refreshingly subjective point of view. Head into the two-part visual novel and you’ll never quite know where the storyline is headed next. Initially, it’s recommended to make your way through “FallDown”, which traces the trajectories of four leads. “DownFall” follows, which adopting a fantastical approach, and culminating in one of six endings. But Kenkou isn’t going to neatly tie up every narrative strand for readers. 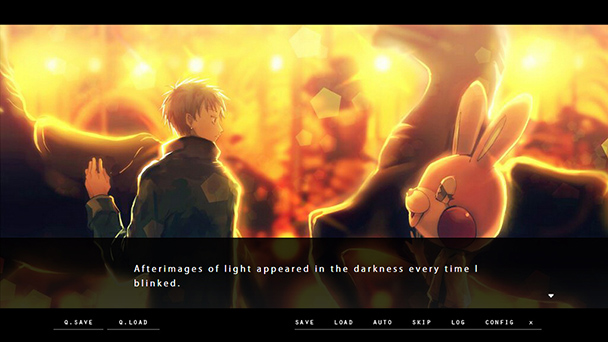 And that’s not a criticism. After sending between fifteen and twenty-hours exploring MAMIYA’s dreamlike exposition, having every minor detail unequivocally explained would have been at odds with the novel’s tone. Kenkou Land is going to make you work a bit, and after decades of being spoon-fed storylines, it’s quite likely you’ll appreciate this stance.

Let’s Begin at the End

While the plotting can get a bit verbose, exploring the nuances of the mundane, MAMIYA opens brusquely.  “Natsume died” is the opening line, hinting not only of the melancholic, but a very gradual reveal of events. At the funeral, four young men are in attendance, and while readers will follow the lives of each in a fairly straightforward fashion, chronological linearity is one of the work’s new concessions. 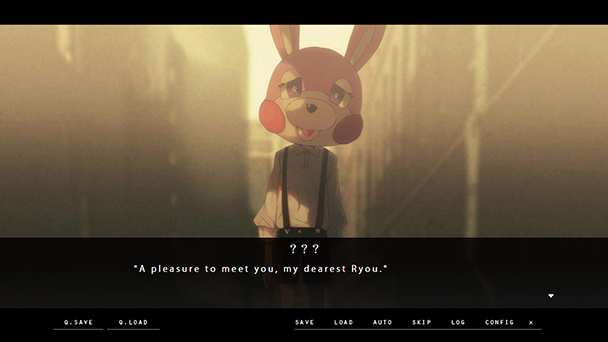 These stories will sporadically interconnect, but MAMIYA shirks incredulousness. Thankfully, there are no moments where each character embodies a different social issue or ideology with contrived chats extending a simplified ‘compare and contrast’ rumination. Instead, the game’s exploration of themes such as bullying, self-harm, gender dysphoria, loneliness, and rarely feel reductionist, or simplified. Instead, each topic is dovetailed against the backdrop where the end of the world is prophesied. Yes, it can be exceedingly heavy at times, with only brief moments of light-heartedness to soften the novel’s existential contemplations.

Profound Insights into the Human Condition

Much like the novel’s handling of sensitive themes, MAMIYA’s juxtapositions avoid obviousness. But gradually, the work explores the oft-oppositional stances of Christianity and Buddhism as well as rationality taken so far, it starts becoming irrational. Wisely, most of this is subtext. So, if you’re into fastidious readings of a text, it’s there for you to sift through, but it can also be overlooked as you speed through the novel, making it all seem like a fever dream. 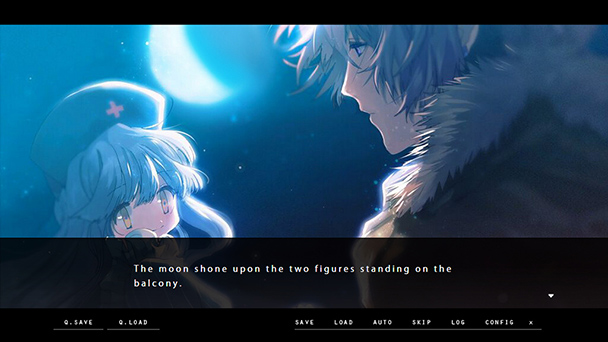 Echoing the capriciousness of the plotting, MAMIYA’s visuals vary in quality. Often, backdrops seem like photographs with little more than a Photoshop filter applied to them. But you’ll want to pay close attention to the subject underneath the stylized effect. Here, Tokyo’s sights can signal the paradox of loneliness is the world’s most populated metropolis or callousness of an icy December night. It should be noted that there are some instance of flashing light in the novel, which might be detrimental for those with photosensitivity.

MAMIYA’s character portraits and CG’s demonstrate a remarkable uptick in quality and are a pleasure to look at. And while the game’s sound effects are jarringly mixed and seem culled from a public domain source, the novel’s soundtrack is phenomenal. While tracks of moody jazz, plaintive piano melodies, and even the occasional vocal track, variety and quality are both top-notch. The soundtrack is almost good enough to make you forget about the absence of voice acting. 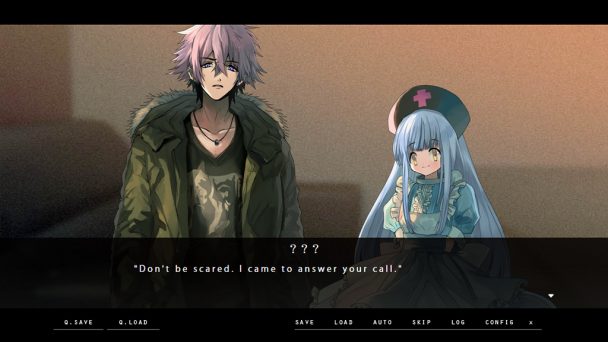 MAMIYA – A Shared Illusion of the World’s End tenor isn’t for everyone. Those looking for escapism might find the novel too grim. But I think many readers will appreciate the MAMIYA’s handling of complicated social issues, especially if you’re even experienced difficulty is your life. Kenkou Land’s indirect approach, where text, sound, and visual synthesize into an emotional payload, should be applauded. Its abstractions prove to be powerful that journalistic prose, putting us inside the heads of its leads rather than the reprieve afforded to a detached observer.

MAMIYA – A Shared Illusion of the World’s End was
reviewed on PC with code provided by the publisher.

MAMIYA – A Shared Illusion of the World’s End review
Often unflinchingly bleak and remarkably equivocal, MAMIYA - A Shared Illusion of the World's End isn&rsquo;t your typical visual novel. But like many great works of literature, it&rsquo;s exceedingly perceptive, offering insights into the human condition that are poised to resonate with readers. Entertainment habitually adopts an objective point-of-view, providing us with a decidedly unambiguous perspective. As such, it&rsquo;s often easy to stay a few steps ahead of&hellip;

Summary : Give MAMIYA - A Shared Illusion of the World's End’s lengthy demo a try. It spans the first third on the novel and demonstrates developer’s Kenkou Land masterful storytelling, setting things up for “DownFall” and the imminent sequel.