Go retro with Ravva and the Cyclops Curse, a title that recalls the look and play of NES-era games and build bit-mapped platformers with PlataGO!, a toolset that permits players to build their own run-and-jumps. 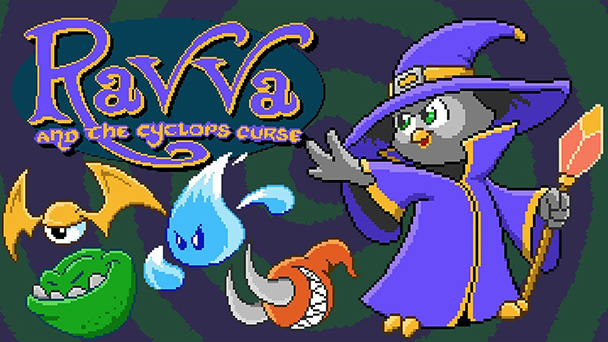 By now, most players are familiar with the Metroidvania genre. Here, exploration leads to the discovery of tools which opens even more paths for exploration, generating an engaging gameplay cycle. Ravva and the Cyclops Curse modifies this approach by giving your all the devices at the start, shifting the focus toward deciding what’s the best way to progress through the succession of horizontally-scrolling stages.

As an owl-like summoner, Ravva is equipped with a standard shot that can eliminate enemies. It’s not very effective without a power-up since you’ll have to hit them multiple times before they keel over. But it can blast through yellow-hued blocks. She also has a quartet of summons that you can cycle through with either a key or controller press. 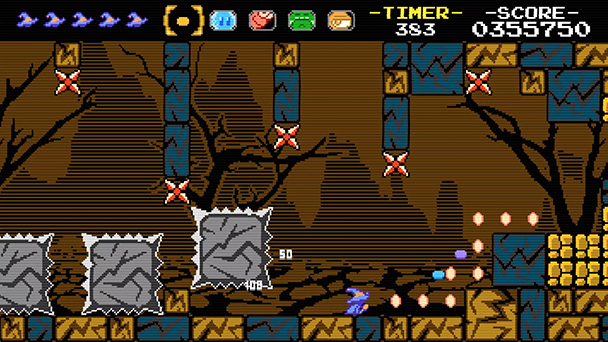 Her blue blob companion sends cyclones out that can freeze enemies or environmental objects, while her red worm-like friend can issue a fury of skyward flame. A green mouth spits out a steady supply of poisonous blobs that can both exterminate enemies and remove any emerald-colored blocks from the playfield. Finally, there’s Ravva’s yellow-colored monocular bat, which unveils any invisible objects in the vicinity.

Much like The Lost Vikings, progress revolves around determining which ability can help you advance. Certainly, if Ravva and the Cyclops Curse was just a mere puzzler, it would be worthy of your time. But many will find enjoyment in the game’s incorporation of a scoring system. Against a dwindling timer that pays an end-of-level bonus, you might want to scour each stage for extra points. Ravva has a multitude of coin and diamonds hidden in each stage and uncovering them all is just as gratifying as getting to end of a stage. 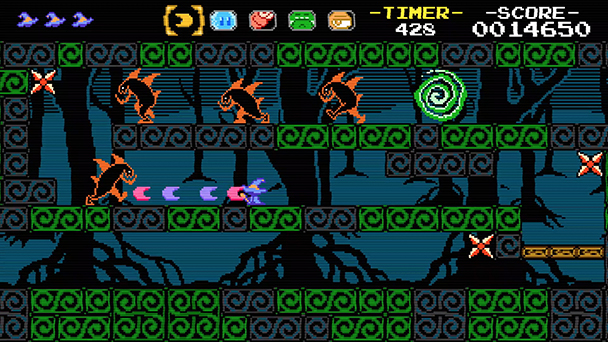 Game that emulate the look and play of the eight-bit era are ubiquitous. But Ravva has a few subtleties under her wing. Scrutinize the game’s deliberately pixelated output and you’ll witness a bit of active post-processing that simulates a CRT monitor. It’s not just artificial scanlines but a dynamic effect that sullies the aloof precision of high-definition monitors. Musically, the title doesn’t strive for the verisimilitude of the NES sound chip. Instead, the game’s polyphonic melodies are a bit more technology advanced, making for an aural treat. 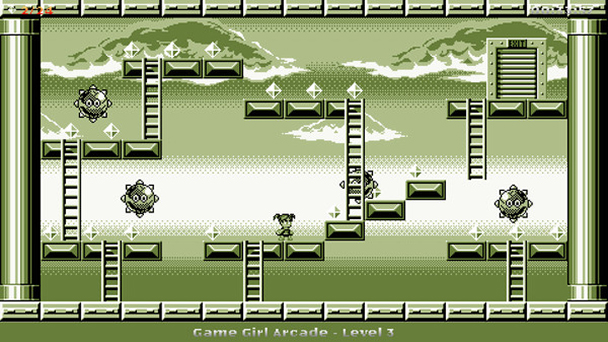 Gaming is often an immensely enjoyable experience. But toolsets such as LittleBigPlanet, ModNation Racers, and Super Mario Maker have demonstrated that creating your own content can be just as gratifying. Certainly, there’s delight in knowing that other people are enjoying your handicraft.

The downside is that learning how to build even simple stages can often be a daunting experience. Even with the most intuitive construction set, you’ll often need to put in hours before producing something that’s playable. Creation that results in actual entertainment can take quite a while longer. 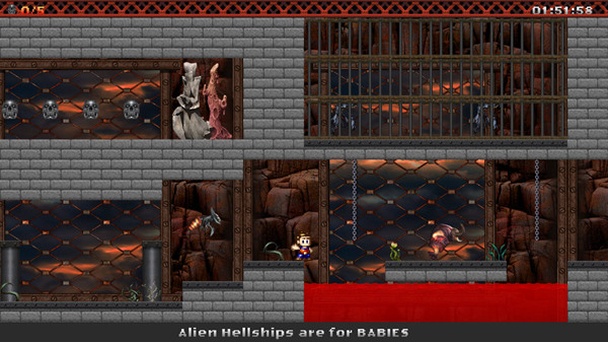 PlataGo! strives to reduce the barriers to entry when making platforming games Although the title is in Early Access, a history of regular updates shows steady progress from the developer team. Steam Workshop integration means that budding builders can sample the handiwork of others, which helps to reveal the toolsets capacities.

In PlataGo!’s current state, elements like screen perspective are locked. While this simplifies the creation process, the decision also means you’ll have to reverse-engineer your levels. Although you can use the directional key to look around, with the default double-jump, it’s way too easy to leap onto threats that lurk just off-screen. As such, platforming in PlataGo! favors stage memorization rather that spontaneous assessment of your surroundings. But developer Super Icon seems to be aware of this. One key addition is the ability to tweak aspects of character jumping, and even introducing the option for friction to add precision to the platforming. 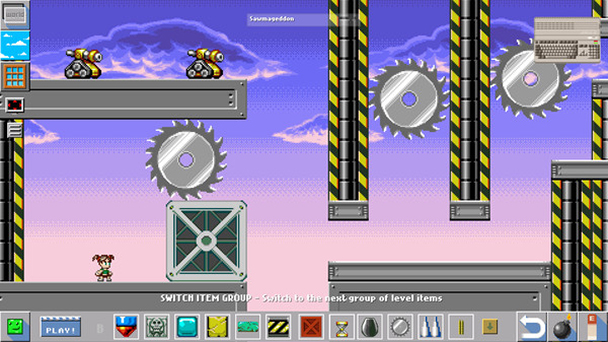 The upside is that players don’t have to master the intricacies of Unity or GameMaker in order to build a basic platformer. Simply choose one of the game’s themes which evoke different console eras and visual styles and begin to stamp bit-mapped parts, much like Super Mario Maker.  While it’s a little clunkier that Nintendo’s platformer creation package, PlataGO! also has a number of smart ideas. HUD elements like health meters and item pick-up counters can be placed anywhere on the screen, which greatly simplifies things.

For intermediate builders, PlataGO! extends flexibility. Environmental hazards like spikes, spinning sawblades, and electrical conduits can be easily micromanaged. Settings like timing, on/off speed can be tweaked, permitting builders to make everything from relaxed levels to digital sadism. The ability to add weapons, and elements like cannon that can send characters soaring across stages extend additional possibilities. Advanced users can add components like new tile-sets, backgrounds, character sprites, and even music. One user-made pack permitted me to make a stage that felt like Game Boy Advanced-style Crash Bandicoot romp, complete with the original theme music. As such, it’s inspiring to imagine how PlataGO! could turn out if and when the title leaves Early Access.