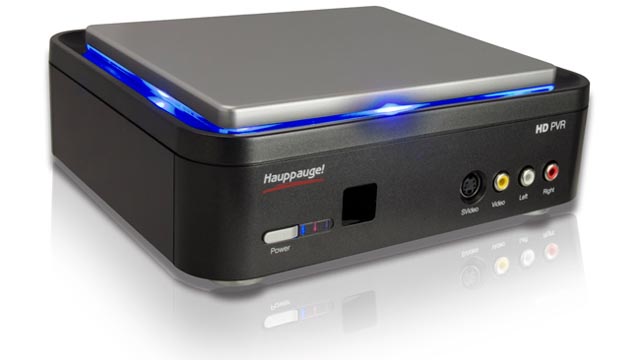 The last few years have produced an unprecedented deluge of gaming accessories. Some, like a Dolby 7.1 Surround Sound headset or a Hori Real Arcade Pro fighting stick are justifiable expenses, while others- such as exorbitantly priced HDMI cables or gaming eyewear, are largely superfluous. With a retail price of two hundred dollars, the Hauppauge 1445 HD PVR Gaming Edition doesn’t come cheap, but the device does offer an elegant and effortless method of capturing high-definition gaming footage. Whether your ambitions are machinima creation, game reviews, or montages which highlight an improbable procession of headshots, the peripheral should be the first choice for anyone who is steadfast about video and audio quality. 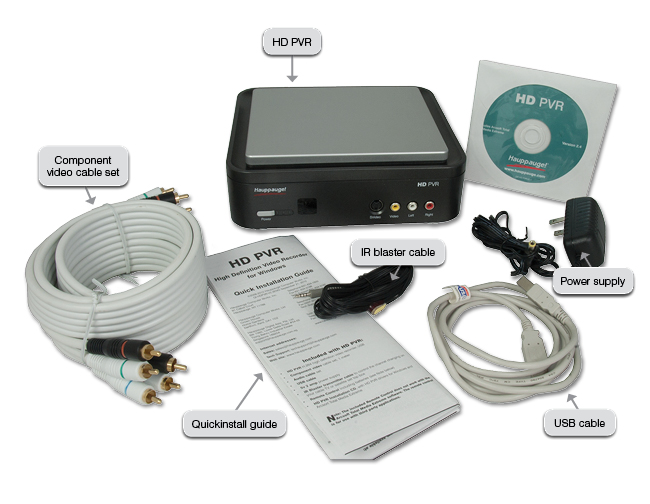 What’s In the Box?

Upon opening the HD PVR carton, it is apparent that Hauppauge is concerned about customer satisfaction. Not only are the different components packaged securely to minimize incidental damage, but the manufacturer even goes an extra mile by affixing a sheet of transparent plastic on the recorder to prohibit any scratches to the unit’s faux-brushed metal top. Despite having a diminutive 9 x 5.8 x 7.5 inch exterior and weighing a paltry 2.5 pounds, the recorder has a sturdy build quality. If wrapped in a soft cloth to prevent marring, the HD PVR is easily transportable; perfect for capturing gameplay from an exhibition floor.

Accompanying the recorder are a 5v 2 amp power supply, one meter long component cable, USB 2.0 cable, as well as a another component  cable with multiple inputs permitting connection to a Xbox 360, PlayStation 3, or Wii. While not mentioned, video can be captured from a PSP 2000/3000, as long as an inexpensive AV component output cable is purchased (I picked up one for less than ten dollars). 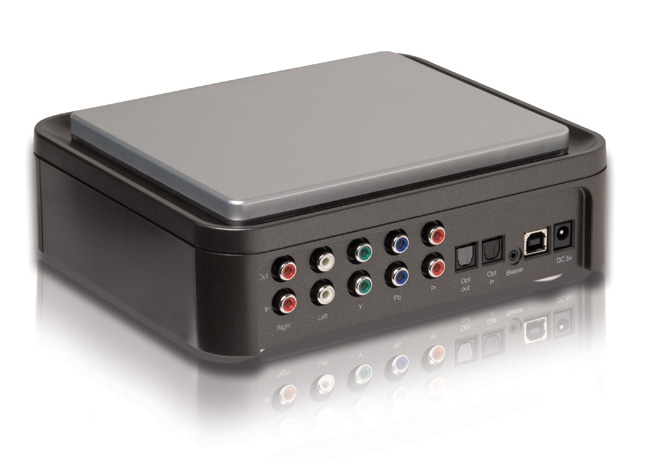 Connecting the recorder is idiot-proof, thanks to the clearly marked inputs and outputs on the HD PVR itself- as well as designators to help differentiate between the red audio and video connectors on each component cable. The back of the device boosts plugs for both incoming and outgoing component connections, while the front offers a single S-video input. Beyond two channel stereo sound, the peripheral also supports 5.1 optical audio by offering a pair on connectors along the unit’s backside. While setting-up the unit is undemanding, calculating the HD PVR’s placement might be a puzzler due to the USB cable’s 5 foot length. Hopefully your rig is no more than an arm’s length away from where to plan to position the HD PVR.

Even easier that attaching the device to a console, television, and computer is the installation of the bundled software. On our Windows 7 (both 32-bit and 64-bit) and XP machines, getting Arcsoft’s ShowBiz as well as the Hauppauge drivers onto our machines was completely automated, with the application instantly recognizing our newly connected recorder. Mac owners intent in capturing video with the 1445 have two options: Steven Toth’s $30 HDPVR Capture, or the slightly more robust EyeTV3. 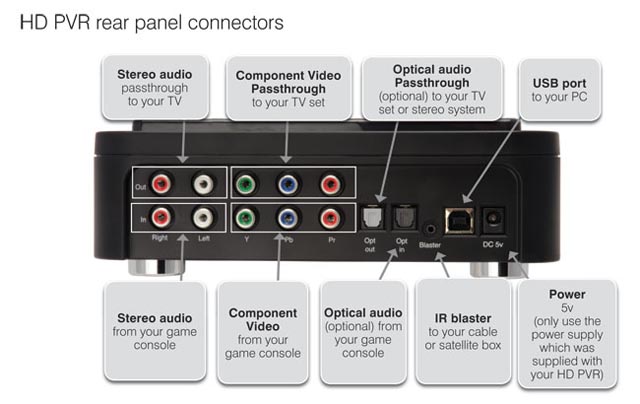 Once ShowBiz is installed, grabbing footage is as simple as selecting the capture tab, then clicking on a button to start recording. By design, the HD PVR records with the H.264 video compression standard, the same codec used by Blu-ray disks. As well as recording in the native .TS (or AVCHD) format, users may also opt to capture in .M2TS for effortless playback on a PlayStation 3, or the .MP4 variant for Xbox 360 owners. An additional setting allows for changing the bitrate of compression, permitting anything from space-saving 1 Mbit/sec recordings to immaculate 13 Mbit/sec captures. Efficiently, the Hauppauge recorder does the bulk to processing; I was able to capture hiccup-free, 1080i, sixty frame-per-second footage on an aging laptop. Unlike competitors like the Roxio Gamecap which noticeable degrade picture quality, the HD PVR faultlessly preserved the fidelity of the console. Audio quality was equally retained, exhibiting none of the overblown distortion which can affect USB captures devices.

While the bundled version of Arcsoft’s ShowBiz (3.5.17.77) allows the editing of captured clips as well as the creation of basic titles and transitions, don’t expect more than bare rudiments. The application’s pared down feature-set makes the construction of montages painless, but more savvy users will probably long for the customizability found in Premiere, Vegas, or PowerDirector. Yet for users that just want to share clips of gameplay, ShowBiz’s allows in-app uploading to YouTube and sports a speedy rendering speed if users care to insert a few transitions.

Although cheaper alternatives such as standalone units as well as dedicated capture cards can be found, few devices offer the quality and simplicity of the HD PVR Gaming Edition recorder. Undoubtedly, Hauppauge Computer Works’ extensive experience is exhibited in both the construction and performance of this peripheral, making this capture device an easy recommendation for user hoping to record faultless footage at up to 1080i.

Previous: New Releases of the Week of January 22nd, 2012
Next: Kingdoms of Amalur: Reckoning Preview