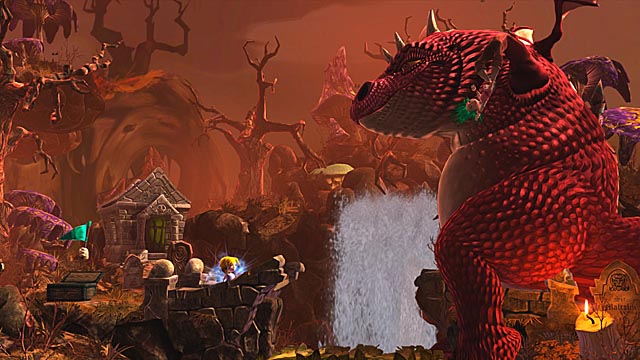 It’s often said that the early years of gaming were propelled by imitation rather than innovation. Just as Space Invaders’ assailants spouted wings and evolved into the kamikaze-like adversaries of Galaxian (and later, Galaga) or how Pac-Man roused a generation of derivative-dot munching diversions, concepts were often copied wholesale, albeit with the slightest variation. However, by the time Rainbow Arts completed The Great Giana Sisters in 1987, the industry had grown increasingly litigious. Subsequently, when Nintendo noticed The Giana’s unambiguously similar level structure, mechanics, and enemies, they threatened to take legal action- resulting in publisher Time Warp Productions pulling the title from store shelves.

In the ensuing quarter century, unabashed replication gradually gave way to respectful homage, permitting redemption for the spring-healed siblings. As such, the recent release of Giana Sisters: Twisted Dreams, harvests from a variety of hop and bop sources without ever feeling like a wholly plagiaristic platformer. With nods to the duality of Ouland as well as inspiration from Rocket Knight Adventures and Sonic Adventure, Giana is both satisfying and strenuous- often recalling the perfectionist tendencies of the genre’s bygone era. 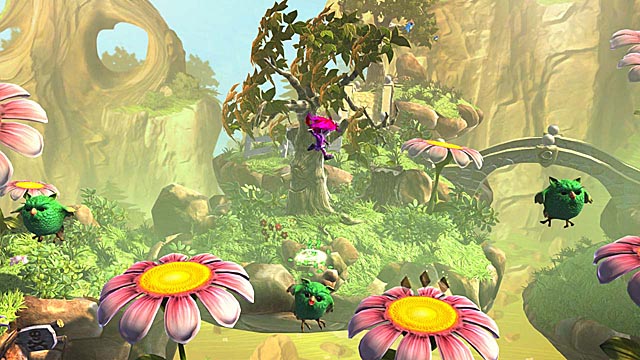 Like many elder 2D platformers, Twisted Dreams’ plotline is skeletal, offering a Mario-esque impetus as one of the Giana sisters is abducted during the game’s introductory cinematic. Players assume the role of the remaining sibling as they traverse the title’s twenty-three stage Adventure Mode. Once each level is triumphed, Giana Sisters opens the region up for play in the game’s score attack and time attack variants, with Hardcore and Über Hardcore options for unflinching masochists.

Platforming veterans will instinctively understand the core tenets of Twisted Dreams: collect the translucent crystals which litter each level and optionally jump on the heads on any susceptible-looking enemies.  So far, so predictable. Yet, what elevates the game above its peers is the dual move-set provided to the game’s protagonist. With a press of the button, the title fluidly shifts between realms- alternating between Twisted Dream’s environments and providing divergent navigational abilities. 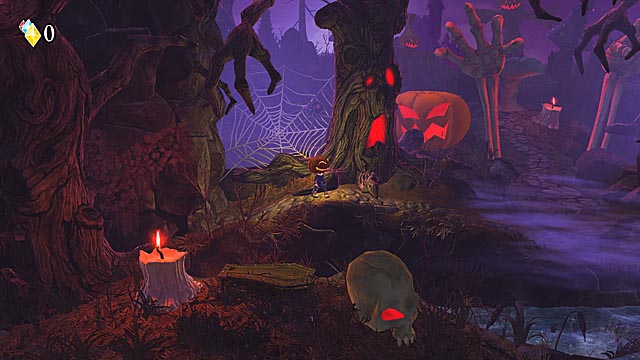 When Ms. Giana (Giana? It’s not quite clear)  is in cute mode, her golden locks styled like Jennifer Aniston, she moves lithely though the air- somersaulting and offering a graceful slow fall capable of covering large gaps. Conversely, switching over to her loligoth personality allows the violet-haired heroine to use homing attacks and rebound off walls like Sparkster, revealing her pugnacious side. Impeccably, developer Black Forest Games weaves these two personas together, allowing gamers to fluctuate between personalities at will, rather than having players choose a dispositions at pre-set checkpoints. As players persevere, alternating between these identities becomes indispensable, with combos granting access to the alcoves which shroud caches of crystals.

Twisted Dreams’ other hook is that each time the character shift is made, the game’s aesthetics seamlessly morph.  Charming Giana’s sepia-tinged world is teaming with decaying flora and jutting stalagmites while her punky personality resides in a utopian locale filled with vibrant hues and candycane signposts. Delightfully, the transition between worlds isn’t abrupt; instead each environmental object gently changes form during the entrancing transformation. Often gamers may find themselves idly shifting personalities just to see the changes to Twisted Dream’s hyper-detailed, parallax-filled stages.  Personality-dependent switches and color-coded crystals provide additional reasons to toggle temperaments, endowing Giana Sisters with a superficial puzzle element. 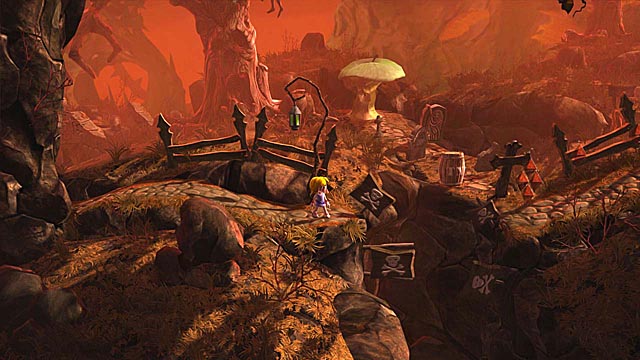 If an era of consistently complex games, the title’s straightforwardness is also its virtue. At times, Twisted Dreams recalls the simplicity of Donkey Kong Country series, allowing players to settle into a groove without the worry of an influx of influx of new game mechanics. But mirroring the difficulty of Rare’s output, Giana Sisters can offer vexing difficulty spikes, most notably during the game boss battles. While much of the frustration is offset by lenient checkpoints, some of the title’s segments expect razor-sharp precision and faultless timing. Presumably, the developers set the bar high so that player won’t blow through the game. Yet in hindsight, I enjoyed the game’s introductory levels far more than its punishing, punctuating ones. 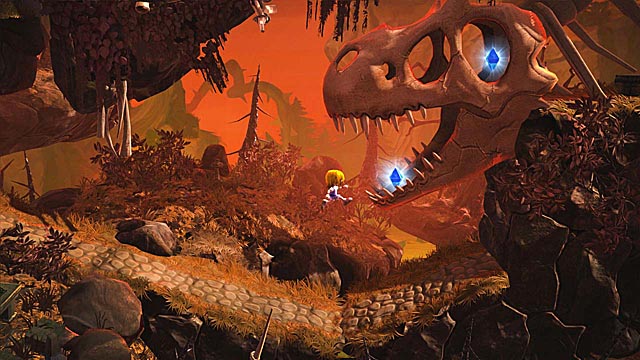 As one of the first Kickstarted projects to come to fruition, Giana Sisters: Twisted Dreams is a remarkable harbinger of hope. On paper, the mechanic of switching between personalizes could have easily collapsed into contrivance. Thankfully, that’s not the case, and the final game is one of the better PC platformers in recent memory. Save for a challenge level which escalates to slightly distressing heights, Giana Sisters is a sumptuous, satisfying expedition. Players with the slightest interest in the genre are encouraged to download the PC demo (and to have a Xbox-compatible controller), while console gamers will want to watch for an imminent release through digital publishing. Twisted Dreams just might parade enough polish and pleasing game mechanics to inspire others- which would make for a fairy-tale ending for the once-fateful siblings.