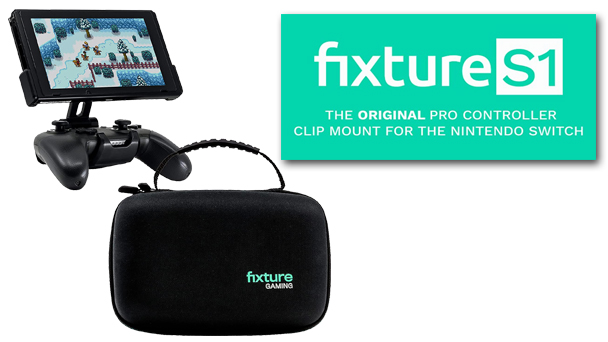 Are the Joy-Cons not cutting it for portable play? The Fixture S1 allows players to mount the Switch to the Pro Controller. An optional case bundles everything into a poundcake-sized carryable. But be aware that the implementation can feel decidedly aftermarket. 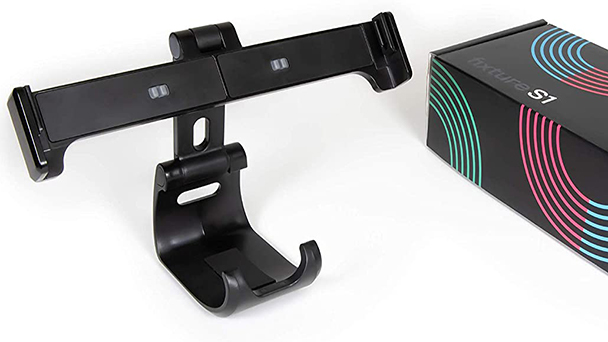 Save for a susceptibility known as “drift” and mediocrity when it comes to playing first-person shooters, the Switch Joy-Con’s are serviceable. But occasionally, there are times when you might want a more substantial input method when your console is undocked.

In some situations, you can pull out the Switch’s kickstand, propping up the device on a tray table. But when you’re on a bus or cramped train, that might be unfeasible. Austin Stark’s solution is called the Fixture S1. It’s a thirty-five dollar accessory that works like one of those gaming clips which links a mobile phone and Bluetooth controller. 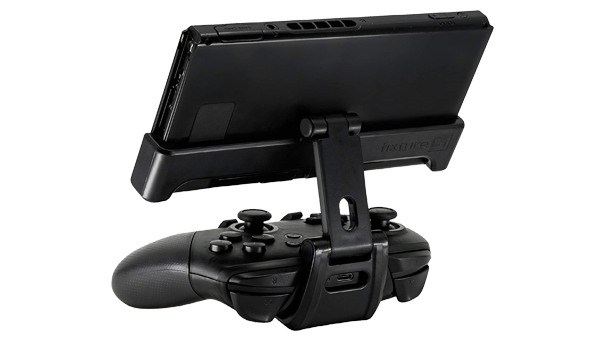 Three Steps Listed, But An Appendage is Needed

Fixture’s mounting instructions favor brevity, with three illustrations showing how to mount the Switch’s screen. After removing the Joy-cons, you’ll push your console into the top crossbar, ensuring that the ends of the S1 slide down the Switch’s railings.

But what the manufacturer doesn’t say is that you will need to remove any kind of case you have on your Switch. I have one of those hard plastic shells that are thin enough to still allow for docking. Frustratingly, the SI almost fits and it close enough that people might try to force it. Since you’re guiding the screen into two grooves rather than just one at a time, the process is a little trickier than just  reconnecting your Joy-Cons. 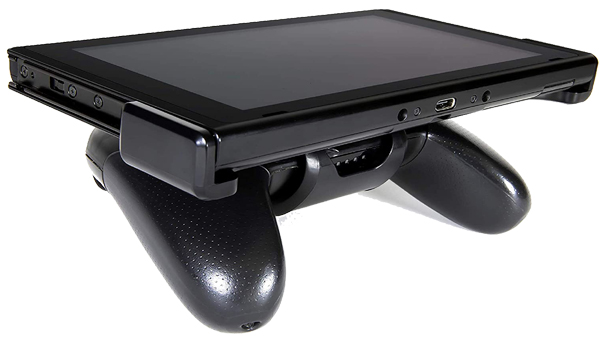 A Firm Grip on Your Cherished Console

Once the Switch is pushed all the way in, the bottom of the S1 clamps onto a Pro Controller. When assembled, the S1 feels sturdy and the hinge that maintains the angle of your screen won’t sway. Even after 25 vigorous shakes neither the Switch nor the Pro Controller was released from the Fixture’s firm grasp.

But the downside is the potential for scratches. After 50 assemblies and disassembles, faint scratches could be seen on the bottom of the Pro Controller- right where the bottom hook of the S1 rubs against the base of the peripheral. Whether the mount produced similar scratches on the side of the Switch’s screen wasn’t established. They could have been caused previously from sliding the Joy-Cons in and out. 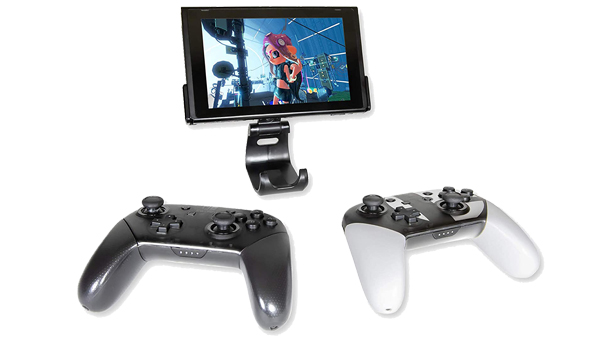 With the Switch mounted in the S1 Clip, the 343-gram (about 12 ounces) weight of the screen can certainly be felt. To test how detrimental this would be during play, I had four volunteers use the S1 for at least 30 minutes. Three thought it would be an issue, and two saying they felt a bit of soreness in their wrists. However, one volunteer said they kept adjusting their hand position and viewing angle. They didn’t feel any fatigue.

Still, the majority of assistants thought that the S1 and Pro Controller had too much heft in the back. That’s not a fault of the engineering; there’s little that can be done with weight distribution on a product like this. But potential purchasers should know that two of the four volunteers said that they’d preferred dealing with the Joy-Cons rather than experience the bulk of holding 670 grams (26.6 ounces or nearly a pound and a half) of parts.

That said, I used the Fixture S1 on a 90-minute train ride and had a positive experience. Sure, the heft was noticeable but playing Doom and Super Mario 3D World with a traditional controller offset any ergonomic disadvantage. If extra weight is going to be a problem for you, I’d sidestep the S1. 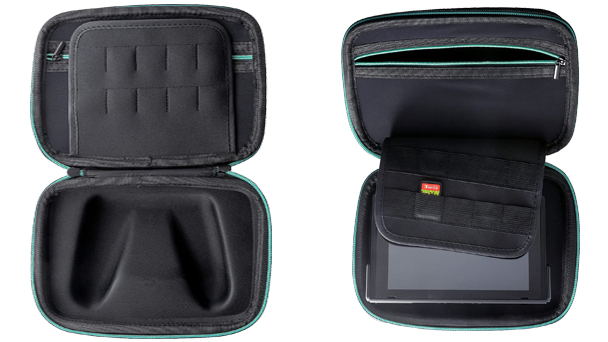 But if are interested in the mount, Fixture also offers a $25 case. Unzip the nylon housing and you’ll find a plush interior along with cartridge storage and a zippered pocket. The S1 folds down do that the Switch screen sits directly on top of the controller. The one thing you’ll need to remember is to position the clamp a bit left of center, so that it clears the right analog stick when folded. Pleasingly, when the Fixture, controller, and Switch are transported, the Pro Controllers wasn’t persistently activated, leaving plenty of charge.

So, who’s the Fixture S1 for? If you find yourself playing in handheld mode, but unsatisfied with the wide placement of analog sticks or miniature face buttons, the device might work for you. Playing fighting games with the Pro Controller’s directional pad over the four discrete buttons is pleasing, while first-person shooters felt more natural. But a recommendation comes only if you don’t might the weight distribution and won’t be swapping between the S1 and Joy-Cons often.

Fixture S1 Clip Mount and Case (Switch) review
Are the Joy-Cons not cutting it for portable play? The Fixture S1 allows players to mount the Switch to the Pro Controller. An optional case bundles everything into a poundcake-sized carryable. But be aware that the implementation can feel decidedly aftermarket. &nbsp; Save for a susceptibility known as &ldquo;drift&rdquo; and mediocrity when it comes to playing first-person&hellip;

Summary : The Fixture S1 is a useful device, providing controls with compromise. But between the weight distribution and the possibility of scratching your equipment, there are a few sacrifices to endure.