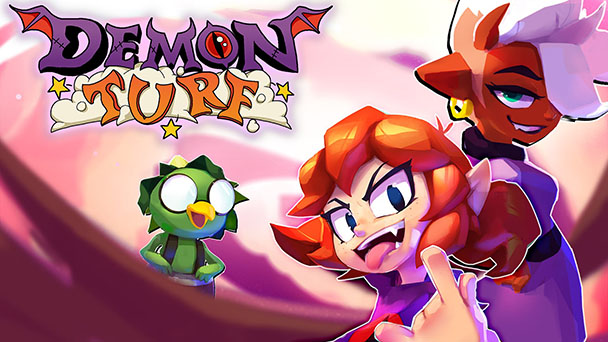 This decidedly old-school platformer brings back the thrills and quirks of mid-nineties gaming. Those hoping to revisit that age might want to stake their claim on Demon Turf. But those acclimatized to the luxuries of modern platformers will probably want to retreat to more heavenly pastures. 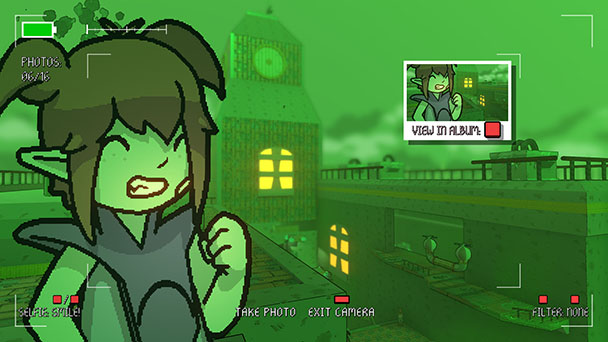 The end of the last millennium offered a multitude of recreational treasures. From movies like Toy Story and The Matrix, songs like Chicane’s “Saltwater” and Utada Hikaru’s “Automatic”, eyes and ears were habitually charmed. If you were a console owner, the era was especially remarkable, as traditional sprite-based titles gave way to polygonal, three-dimensional games.

As anyone who remembers SEGA’s Bug! can attest, the transition wasn’t always smooth. But the potential in exploring volumetric worlds felt exhilarating. Inevitably, the small issues got sorted out and contemporary platformers such as Super Mario 3D World showcased graceful character movement and intelligent camera control. 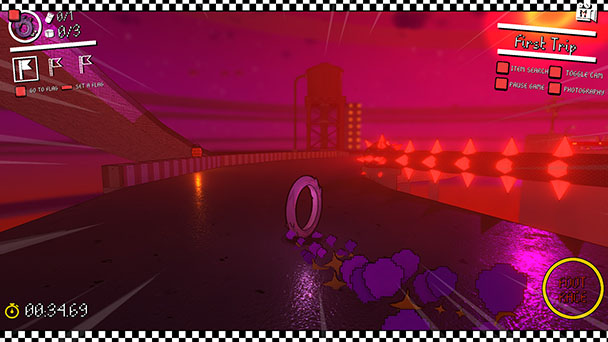 As a 2D sprite, she literally and figuratively doesn’t exhibit much depth, but that’s fine. Most of her personality is conveyed through a pair of pigtails that resemble devil horns and pitch-shifted voice acting right out of the CD-Rom era. Smartly, Fabraz also keeps the exposition skeletal, with motivation rooted in a diabolical turf war and a malicious demon lord who watches the conflict unfold. Fed up with the infighting, Beebz attempts a Nobunaga-style unification and an ousting of the lackadaisical leader. 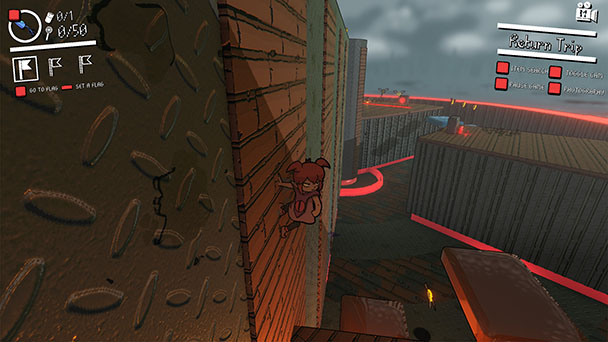 The World Isn’t Flat, But the Star is

While she might be paper thin, Beebz has nearly all the abilities of any modern platforming star. She can jump, double-jump, and wall-jump with finesse. To cover more far-flung gaps, she can even apply a Yoshi-like glide to extend the length of her leap. But gravity kicks in faster than you’d like, ensuring she can’t effortlessly soar across the game’s stages. Another trait that will constrain your early navigational efforts is Beebz’ inability to cling to edges. Just like the ‘90s, those narrowly missed jumps are controller throwers.

Beebz adopts different forms when exploring, doing things like changing into a bat when she’s vaulting herself skyward. Gradually, she’ll learn new techniques, like turning herself into a giant rolling tire or harnessing a grappling hook ability. Although each ability changes the ways of traversing levels, it would have been gratifying if they were more useful against the antagonists found in each level. 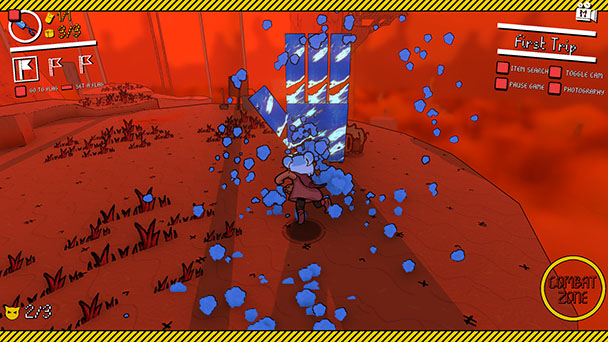 Demon Turf provides two different options for camera control. Automatic control recalls the frustrations of old, with the game’s perspective sporadically hindering your progress. Instead, you’ll probably want to select the manual option. Sure, you’ll have to constantly adjust the camera with the right analog stick, but after years of games of doing this, the task should be innate. That said, it’s puzzling that Demon Turf can’t figure out how to consistently frame the action.

As an ambitious young Demon, Beebz has two pugnacious powers. Tapping the attack button delivers a forceful shove, while holding it down can push foes off of platforms or even into hazards. But when the game spawns a horde of enemies around you, combat feels decidedly lackluster. Don’t be surprised if you can’t wait to get back to the gratifying platforming after pushing a few peons around. 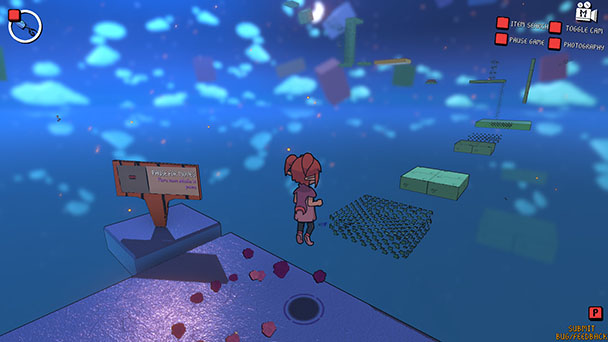 Beebz most distinct skill is the ability to lay down her own checkpoints. Three, and later, four, different spots can be placed on every stage; their location in entirely up to you. If you’re like me, you might find yourself hoarding your flags, only realizing all the unnecessary falls Beebz took at you approach the end of the stage. Although you can freely revisit checkpoints, Fabraz decided not to fully exploit the potential for puzzling.

Nicely, the game’s campaign isn’t linear, allowing players to tackle other levels when they encounter frustration. Back at the game’s hub, you’ll encounter several other denizens of the underworld, who will offer additional challenges. Collecting items scattered around the game’s stages permit players to customize Beebz appearance. There’s also a vampire in there who will grant access to a selection of arcade games, rounding out a respectable collection of extras. 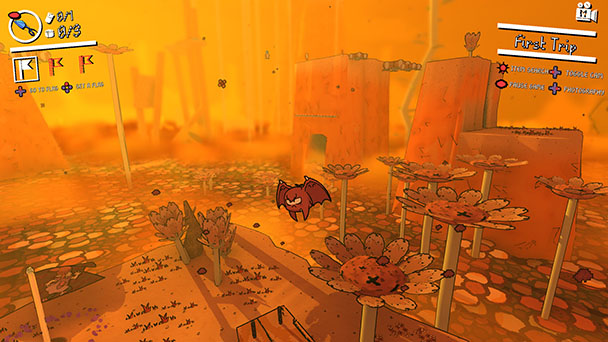 Three-dimensional platforming isn’t as ubiquitous as it once was. As such, Demon Turf’s explorations are welcome, especially on non-Nintendo hardware. There’s a learning curve associated maneuvering a 2D sprite through a 3D world. But chances are you will acclimate, just like you might have done before the turn of the millennium.

Demon Turf review
This decidedly old-school platformer brings back the thrills and quirks of mid-nineties gaming. Those hoping to revisit that age might want to stake their claim on Demon Turf. But those acclimatized to the luxuries of modern platformers will probably want to retreat to more heavenly pastures. The end of the last millennium offered a multitude of recreational treasures. From movies like Toy Story and The Matrix,&hellip;

Summary : Although Demon Turf get the nineties-style navigation down, its combat is rather joyless. As such, the game truly feels like one of those neglected third-party platforms reflecting an industry in transition.