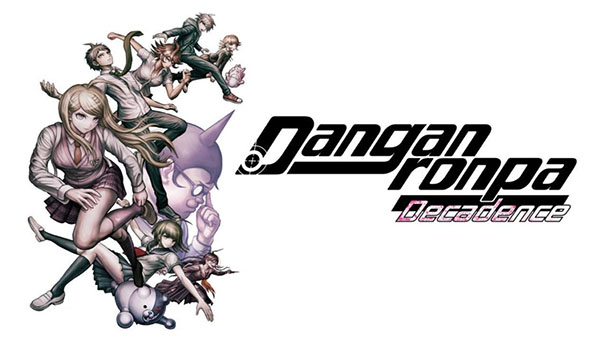 Boasting writing that spans the comical, absurd, and occasionally perverse, the Danganronpa games demonstrated just how fun and delightfully frantic visual novel-style experiences could be. Danganronpa Decadence bundles a trio of the original titles alongside an expanded post-game recreation. Like some of its characters, the compilation is flawed but also utterly irresistible. 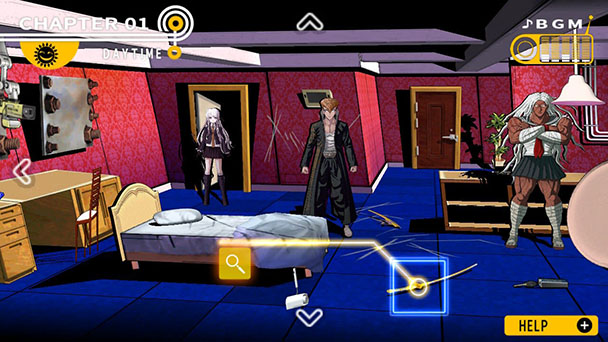 In the last few years, the concept of the battle royale has spawned its own genre. But long before the uninspired, action-driven deathmatches lured in millions of players, Spike Chunsoft imagined an academy of teenagers as a microcosm of the world. Habitually vulgar, occasionally uncaring, and often damaged, Kazutaka Kodaka and company delivered a worldview that was often unpleasant, but one that was amazingly perceptive and darkly humorous. Even players who considered the visual novels too bookish and dry became enraptured by the unflinching bloodshed and pulpy plot twists.

Danganronpa Decadence compiles a trio of the franchise entries together with Danganronpa S: Ultimate Summer Camp, which expands on the supplemental, table-top style creation found in Danganronpa V3: Killing Harmony. The package isn’t perfect. Beyond some framerate issues that seem out of place on the Nintendo Switch, the absence of Ultra Despair Girls is a bit perplexing for an anthropology curated around the console releases. But whether you are revisiting the trio of reissued Danganronpa titles or experiencing them for the first time, expect to find a wealth of transgressive enjoyment. Let’s take a look at the previously released ports before moving onto Ultimate Summer Camp: 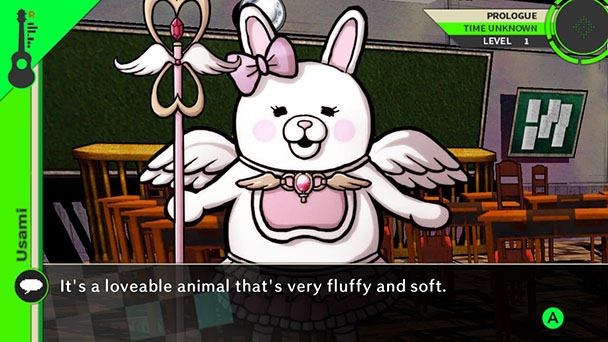 Trigger Happy Havoc’s prologue escorts gamers to the pristine hallways of Hope’s Peak Academy- a school comprised of “Ultimate” students. Each has reached the peak of various fields of study. Players assume the role of Makoto Naegi, a protagonist who doesn’t match the academy’s student archetype. Instead, the teenager is a seemingly ordinary pupil whose performance and interests are more closely aligned with the average. As such, identification with Makoto is easy; he’s a congenial, thoughtful character that anyone who has ever felt out of place will empathize with.

Soon after arriving at Hope’s Peak, Makoto begins doubting his ability to match the abilities of his classmates and suddenly passes out. Upon awakening, he finds himself locked inside the school along with fourteen peers. Following a bit of introductory banter, the group heads into the gym, where an announcement is made by a psychopathic, robotic bear named Monokuma. The asymmetrical android reveals to the students that they are trapped in the school for the remainder of their lives. The only opportunity for escape occurs if students murder one of their colleagues in a manner which avoids detection, thereby setting the stage for an engaging storyline. 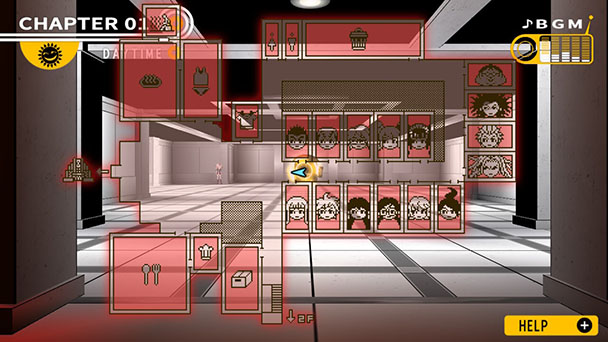 Initially, Makoto‘s cohorts appear to be an inventory of anime/manga tropes. Ultimate Swimming Pro Aoi Asahina seems like the conventional athlete whose physical prowess and good looks overshadow her cognitive capabilities, while portly Hifumi Yamada is the prototypical otaku. Not only obsessed with crafting dōjin manga, Hifumi is also a prolific fanfic writer. 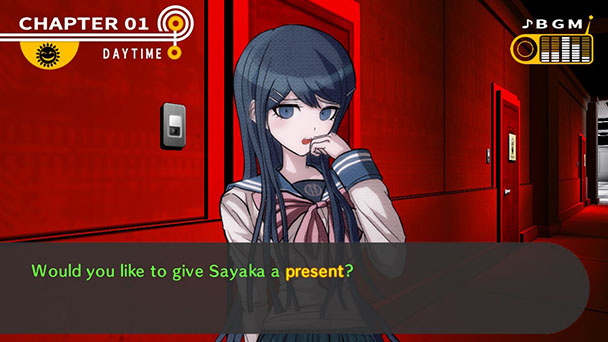 As with most visual novels, Danganronpa: Trigger Happy Havoc’s worst transgression is its linearity. Throughout the journey, players are led down a fairly narrow path. Although this technique allows the title to deliver an oft-absorbing storyline with plenty of revelations, it also means that their time at Hope’s Peak Academy feels a bit too directed, with few instances of autonomy. Beyond that caveat, Trigger Happy Havoc remains an altogether enjoyable experience eleven years after its PSP debut. Although the mini-games might seem a bit antiquated, the absorbing plotline is elevated by superior writing.

For the first hour, enjoyment in Goodbye Despair stems from identifying the trait which elevated each student to be selected for the academy. Equally as gratifying is observing the (initially) archetypical characters goaded into collaboration within a context that’s equal parts The Breakfast Club and Battle Royale. Unsurprisingly, this preserves Trigger Happy Havoc’s principal quandary, where students are allowed to leave if they can murder one of the peers without identification during a subsequent class trial. Of course, if they are discovered, they face the death penalty from Danganronpa’s recurring master of ceremonies, Monokuma. 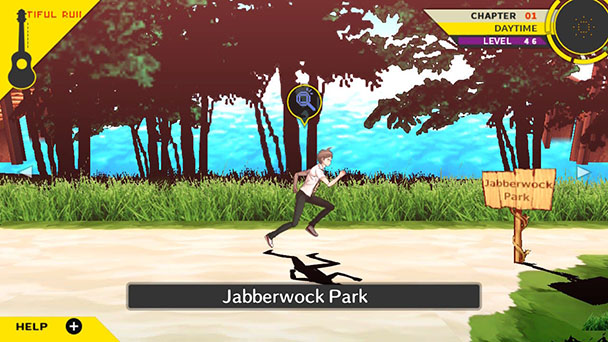 Admittedly, the premise still seems extraordinarily far-fetched. But Despair does a number of things to support the suspension of disbelief. Players are privy to the thoughtful internal dialog of the game’s protagonist. Instead of just conveying expositional elements, the character helps to emphasize both the ethical dilemmas at hand, as well as express the trepidation of being in the middle of a murderous arrangement. And while Danganronpa’s narrative foundation might often seem rooted in the fantastical, Goodbye Despair performs an exceptional job at character development. During the game’s twenty to twenty-five hour span, dialog with each student reveals enough information to make you change your opinion about each character. Knowing some of the cast will persist while other will perish, the script often plays with player sentiment, offering an interactive demonstration of Kübler-Ross’ five stages of grief.

Although the specters of sorrow and savagery hang over a majority of the plotline, there are moments when Goodbye Despair makes good on its moniker. The concept of teenage antagonism is balanced against moments where the lead character actively thwarts despondency, endowing the narrative with a bit of optimism. Like Trigger Happy Havoc, completion rewards players with a scenario where social bonds can be created without the constant threat of carnage. While the game’s plotline occasionally veers into the esoteric, the developers made a consciousness effort to link Goodbye Despair to its predecessor. In the end, the effort proves useful, adding cohesion between the two narratives. 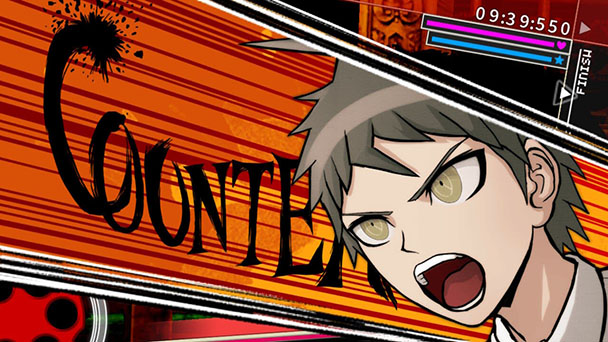 For Killing Harmony, players assume the role of Kaede Akamatsu, who as the Ultimate Academy for Gifted Juveniles’ resident pianist prodigy, exhibits sensitivity and empathy for her classmates. Like her fifteen colleagues, she’s initially characterized by her talent, but each gradually reveals a more naunced personality, filled with traits and idiosyncrasies. Given the eclectic cast of characters, it’s difficult to not identify with at least a few Ultimates. But as with any Danganronpa game, growing too attached to a character can be disheartening, as you’ll never know who’ll turn up dead next.

But that’s not to say that the Danganronpa team didn’t showing signs of fatigue when coming up with new archetypes. While Killing Harmony adopts some interesting approaches, whether it’s the gradual reveal of Maki Harukawa, the game’s Ultimate Child Caregiver or the constant stream of expletives issued by Miu Iruma, the Ultimate Inventor. But then there’s characters like Gonta Gokuhara, who was raised by a pack of wolves, and therefore developed the ability to communicate with mammals and insects. While the premise holds promise, permitting reflection between the rustic and the metropolitan, Gokuhara’s undeveloped speaking style is likely to draw the ire of players. Similarly, the optimism and trust exhibited by Killing Harmony’s Ultimate Astronaut just doesn’t resonate like characters across the first two games. That said, none of the characters are complete duds, but it does feel like Kodaka’s creative energies showed signs of deterioration. 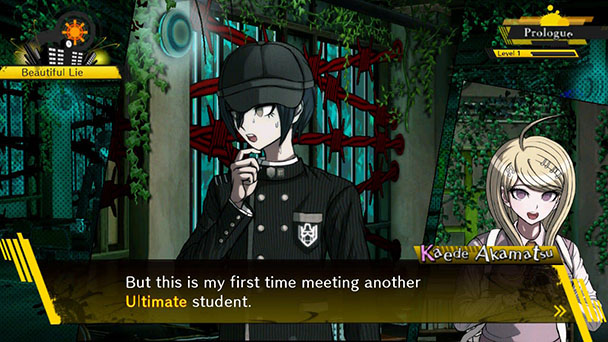 Another discerning component of Killing Harmony centers around its exposition. Both Trigger Happy Havoc and Goodbye Despair had fleeting moments where the dialog stalled. But this outing feels especially long-winded at times. Loquacious conversations sporadically don’t help with the character development or in helping to cultivate a sense of intrigue. Instead, they seem overly verbose to pad Killing Harmony’s playtime. And this time out, redundancy is conspicuous, with V3 reiterating without justification.

Fortunately, the game’s narrative has some bright spots. Monokuma’s five mechanicalized bear pups channel cute and crazy in equal measures. Not only do they offering their own amusing take on the Academy’s announcements, but they also provide their own plotline. Another decision destined to delight dedicated J-game fans is the incorporation of characters like the Ultimate Main and Ultimate Cosplayer. There are quite a few nods to the otaku culture presents, and thanks to the liberties taken by the localization team, you’ll find a surprising amount of references to more domestic things, with everything from Taylor Swift to obscure factoids interwoven seamlessly into the dialog. In the end, Killing Harmony is gratifying, but has difficulty measuring up to its masterful predecessors. 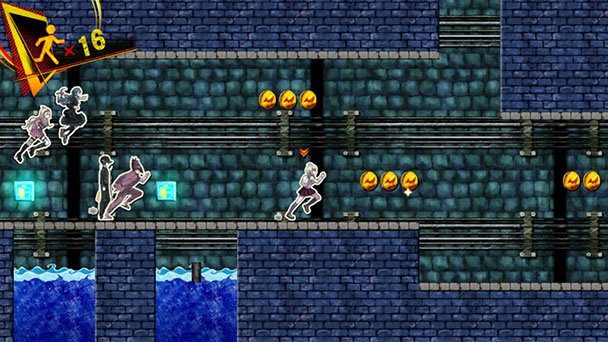 When it comes to characterization and efficient writing, Danganronpa V3: Killing Harmony is the weakest of the three mainline entries. But one notable upside was the inclusion of the “Ultimate Talent Development Plan”, a post-game reward that imagined Danganrona’s characters moving across the spaces of a digital board game, extending a Fortune Street-style diversion.

First, the bad news: despite Ultimate Summer Camp selling for nearly twenty dollars, there’s a heavy push for gacha mechanics. Sure, you can grind your way to earn in-game to earn Momocoins. But the drop rate is so frustratingly low, I considered anting up real money so I could finish the review. But the vending machine in the School Store isn’t active yet, so I got a limited look at the game’s collection of 200 playables. Mainly, I played with each game’s protagonists across Battle Mode, leveling up by traveling around a board picking up talent fragments. 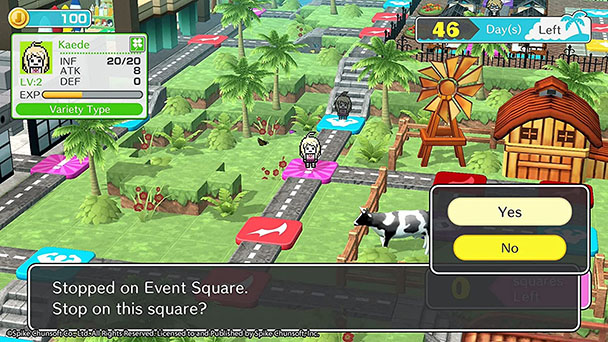 That said, the selling point will be tempting to dedicated series fans. Ultimate Summer Camp imagines characters from across the three games meeting up rather than succumbing to a tragic passing. In execution, events can often feel like indulgent ship with favorites like Makoto and Sayaka reuniting on Friendship Squares. While the developers boasts over a thousand new interactions, you’ll witness some exceedingly familiar rendezvous across multiple sessions. If the simple role-playing battles aren’t to your liking, you can opt for the AI to tackle them. But I suspect given the dearth of new mainline Danganronpa titles, players might not mind the simplicity or finally seeing harmony for the Ultimates.

Danganronpa Decadence was played on
Switch with review code provided by the publisher.

Danganronpa Decadence review
Boasting writing that spans the comical, absurd, and occasionally perverse, the Danganronpa games demonstrated just how fun and delightfully frantic visual novel-style experiences could be. Danganronpa Decadence bundles a trio of the original titles alongside an expanded post-game recreation. Like some of its characters, the compilation is flawed but also utterly irresistible. In the last few years, the concept of the battle royale has spawned&hellip;

Summary : Despite the absence of Ultra Despair Girls and some minor framerate issues, Danganronpa Decadence nearly feels like a celebration of eleven years of teenage angst, treachery, and mayhem.