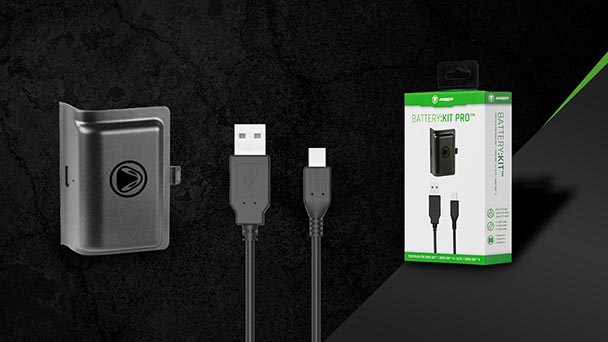 Iterating on the Xbox Controller S and Xbox 360 controllers, the Xbox One’s pack-in controller is a near-masterpiece seventeen years in the making. And save for the peripherals slightly sub-standard directional pad, it’s a feat of ergonomic and functional engineering. If you’ve been playing games in the twenty-first century, you’ll most likely find fingers intuitively tapping triggers and face buttons, while the offset analog sticks allow for innate movement in first and third-person shooters.

As such, the only real problem with the Xbox One Wireless Controller is their appetite for batteries. Sure, they consume AA cells at a protracted rate, but a lack of any rechargeable power source remains a quizzical design decision, especially since the rival DualShock 4 has one built in. I always feel a bit environmentally irresponsible when I toss out spent batteries. 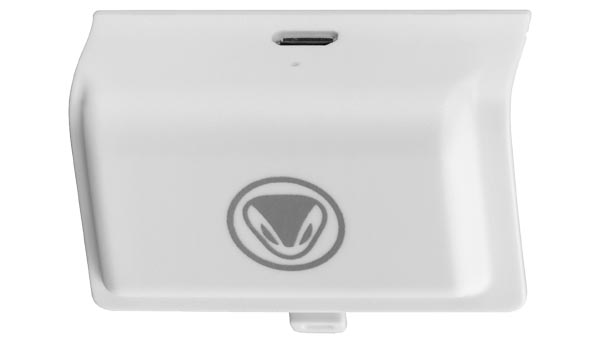 While those who own a charger are encouraged to pick up a pack of Eneloop Pros, which boost a 2550mAh capacity, those seeking an easy all-in-one solution might want to give Snakebyte’s Battery: Kit Pro a try, even with the products unusual colon inclusion. Substantially cheaper that Microsoft’s own Play and Charge Kit, and with a larger capacity than many of the no-name nickel-metal hydride packs sold on Amazon, Snakebyte finds a pleasing balance between price and performance.

Like most battery packs, installation is straightforward and can be completed in a few seconds. After removing the back of Xbox One Wireless Controller and removing an expending energy cells, the Battery:Kit snaps into place with its unified combination of power cell and cover. For better or worse, it’s a snug fit. On one hand, you can be assured that the Kit won’t come loose during a boisterous play session. Bit on the other, it’s slightly difficult to pry off should you want to remove it. 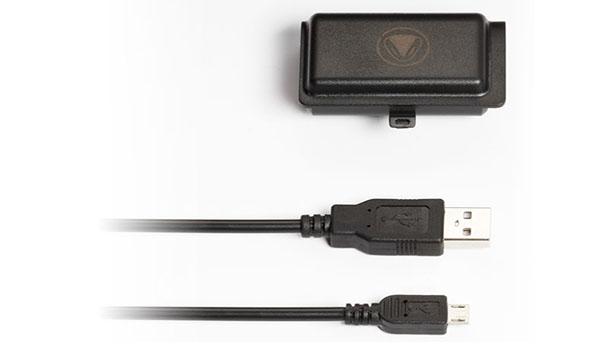 Fortunately, you won’t have to take it off very often. Charging of the back is handled through a micro-USB port on the back of the Kit, and Snakebyte includes a 2.62-foot cable to make the connection to a charging block (which isn’t included). Filling the peripheral up to capacity takes usually takes about two and a half hours, but pleasingly our test units arrived with a partial charge, which both shortens the wait and ensures the capacity of the cell isn’t diminished. After all, NiMH batteries can suffer from over-discharging, which can permanently damage a battery, unless there’s proction.

While playtimes will vary based on a game’s use of vibration, use of a headset, and other factors, the Battery: Kit Pro exhibited some solid performance when pitted against a number of rivals. With 1400MAh, Microsoft’s own Play and Charge kit delivered nearly twenty hours of play across Tom Clancy’s Ghost Recon: Wildlands and Forza Motorsport 7, while Snakebyte’s 1500mAh peripheral offered up a competitive 18 hours of playtime. After asking an electrical engineering professor why the battery with a lower capacity might last longer, he speculated that output hinged on the material or even quality of the cell. But he stated, a two hour or roughly ten-percent variation could be caused by other, non-controlled factors like temperature and continual use. 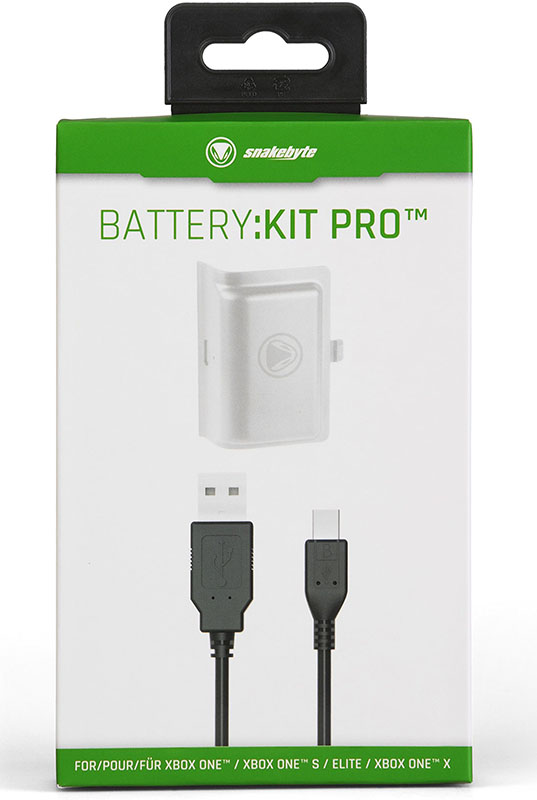 And that’s likely the case. During a retest, both rechargeable packs lasted about seventeen hours, putting Snakebyte within striking distance of it’s first-party rival. One thing for sure- if you are looking for a rechargeable solution for your Xbox One, it’s best to go with a trusted brand. Unknown branded battery pack on Amazon and eBay are a dice roll, with capacity often exaggerated. We purchased a ten-dollar pack for comparison that conferred less than four hours of playtime before needing a recharge. But for those seeking the longest cycle between charges Eneloops are the way to go, giving 30-40% more playtime that Microsoft or Snakebyte’s offerings.

With a retail price of about sixteen dollars, the Battery: Kit Pro gets a subordinate recommendation. Undoubtedly, Eneloop’s are the way to go. They’re a bit pricier and require players to pull them out of the controller for a recharge, but last significantly longer. For those who would rather not have to worry about this, Snakebyte’s kit offers a solid solution that will keep your gaming sessions going.

A Battery: Kit Pro was provided by Snakebyte for review

Snakebyte Battery: Kit Pro (Xbox One) review
Iterating on the Xbox Controller S and Xbox 360 controllers, the Xbox One&rsquo;s pack-in controller is a near-masterpiece seventeen years in the making. And save for the peripherals slightly sub-standard directional pad, it&rsquo;s a feat of ergonomic and functional engineering. If you&rsquo;ve been playing games in the twenty-first century, you&rsquo;ll most likely find fingers intuitively tapping triggers and face buttons, while the offset analog sticks allow for innate movement in first and third-person shooters. As such, the only real problem with the Xbox One Wireless Controller is their appetite for batteries. Sure, they consume AA cells at a protracted rate,&hellip;

Summary : A cheaper alternative to rechargeable batteries and Microsoft's own Play and Charge solution, Snakebyte's Battery: Kit Pro finds a pleasing balance between price and performance.