Is It Wrong to Try to Pick Up Girls in a Dungeon?: Arrow of the Orion review 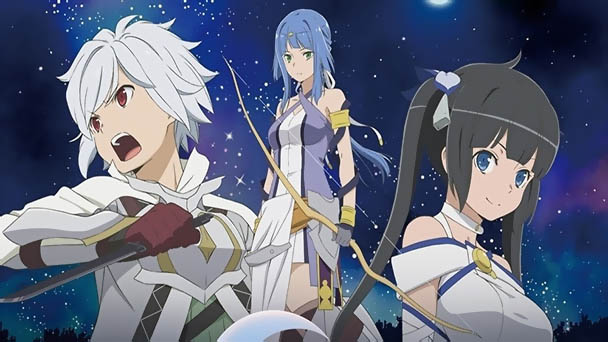 Is It Wrong to Try to Pick Up Girls in a Dungeon? (affectionately known as DanMachi in Japan) success stems from several remarkable traits. Fujino Ōmori’s light novel, as well as the property’s adaptations in manga and anime form, blend Greek mythology with a surprisingly insightful exploration of the human condition. The storyline sees gods descending from heaven and relinquishing their powers, to appreciate the hardships faced by humanity. Specially, this is viewed through the ordeals faced by the Goddess Hestia and the inaugural member of her Familia, a 14-year-old adventurer named Bell Cranel. Struggling for survival and the respect of other, more affluent Familias, the pair faces persistent opposition.

Satisfyingly, DanMachi also deconstructs many of the tenets of role-playing games. Bell starts as a lowly novice, nearly killed by a minotaur in the town’s dungeon. Driven by an indefatigable spirit for self-improvement, he grinds his was through the town’s underground chambers. Battling monsters is a ceaseless toil, but one that drops magical gems that function as currency and items that can be used for crafting. Arguably, it’s DanMachi’s stat tracking that truly feels ingenious. Here, attributes are illustrated on each character’s back, along with special abilities. Much of the property’s enjoyment stems from discovering creative elements of the city of Orario and its citizens. 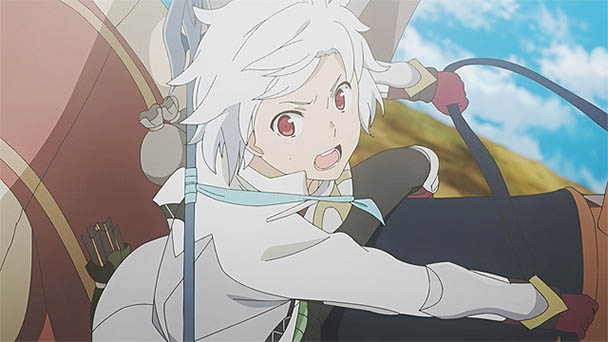 Wisely, the theatrical release of Is It Wrong to Try to Pick Up Girls in a Dungeon?: Arrow of the Orion provides viewers with a peek beyond the city limits, exploring the world at large. While the eighty-two-minute film might not be based on any of DanMachi’s light novels, it’s written by Ōmori, and incorporates the same combination of action, humor, and love for lore as the anime’s inaugural season as well as the Sword Oratoria spin-off. Pleasingly, the film seems to offer a gratifying bridge between the anime’s first season and the second season that’s due this month in Japan.

Unsurprisingly, Arrow of the Orion’s set-up draws from Arthurian legend, with a ‘sword in the stone’-like contest held in the town’s square. Anyone who manages to release the arrow from its crystalized anchoring is rewarded by an all-expense paid trip courtesy of Hermes and arrival of the Goddess Artemis. After brawny humans and even is Wallenstein fail at pulling the weapon out, Bell surprises everyone by releasing it, putting the plot into motion. 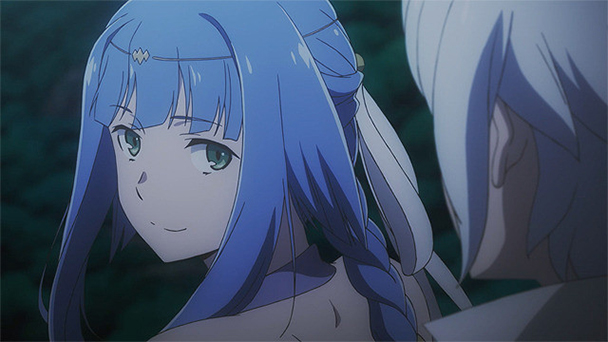 Not for DanMachi Newcomers

Arrow of the Orion’s storyline becomes a rollicking adventure, incorporating all the tenets of an ancient epic, as we follow the hero’s journey. As such, the film wastes no time on reintegration, with humor and intrigue relying on the audience’s knowledge of character and previous event. If you haven’t read or watches DanMachi, most of the enjoyable little nuances, like Hestia’s defensiveness from Bell’s endless line of suitors, might not be appreciated. As such, it’s recommended to at least have read through the first five chapters on the light novel or Volume 8, Chapter 34 of the manga.

Those well versed in DanMachi will appreciate the film’s ambition to reveal more of the world and push Bell in new directions. It’s thrilling to leave Orario, witnessing the world’s forms of transportation, and finding exotic, free-roaming monsters who exist outside of the dungeon. Even more enjoyable are the instances of exposition that divulge why Goddesses seldom visit the lairs, and always with a party of brawny adventurers. Certainly, the difficult the film flings at Bell is intriguing, potentially sullying his youthful enthusiasm. There’s plenty of potential for Arrow of the Orion’s plot points to influence future episodes. Hopefully, J.C.Staff will more allow the film’s more poignant moments to have an effect on the upcoming season. 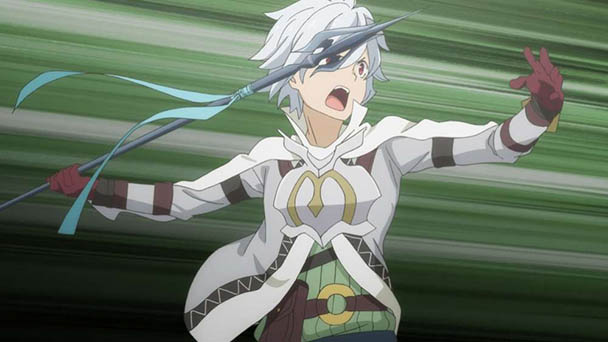 Large Cast, But A Focus on Several Characters

Arrow of the Orion’s taut focus means there’s not a lot of screen time for supplemental characters. Know going in that Ais and the Loki Familia’s appearances are fleeting. While the film aims to incorporate DanMachi’s extensive cast of characters, many are restricted to little more than extended cameos, seemingly to not bloat the film’s running time. But this is a film that rewards, with fluid, engrossing battle scenes and plot that liberally borrows from Classical Greek form.

Is It Wrong to Try to Pick Up Girls in a Dungeon?: Arrow of the Orion doesn’t work as a standalone film nor does it try to be. But for fans of the novels, manga, and anime, the movie delivers the goods. Often the formula for a theatrical release is to offer a storyline that delivers a self-contained mini-arc. Although Arrow of the Orion certainly does this, is also shows us more of the world and its captivating characters. 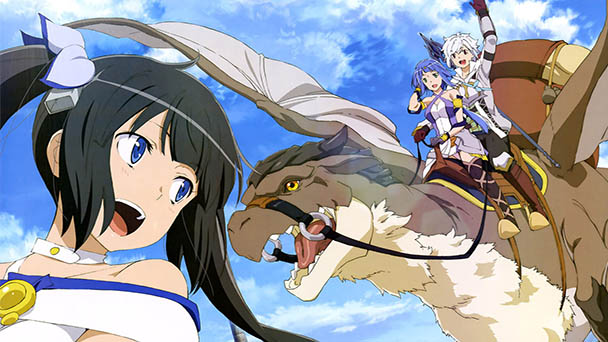 Is It Wrong to Try to Pick Up Girls in a Dungeon?: Arrow of the Orion
opens in the U.S. on July 23rd, 2019. Tickets are available through Fathom Events.