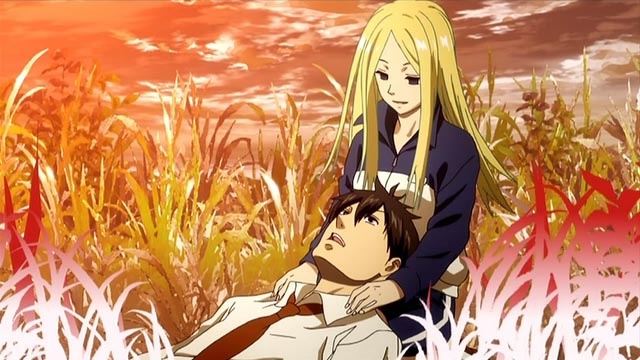 A good sitcom is one of the hardest things to write. Viewers tend to range from devoted regulars to mid-season drop-ins, so each episode has to be a self-contained story in and of itself, while still contributing to an overall narrative. Characters must be immediately relatable to anyone tuning in for the first time, yet evolving at a speed that rewards weekly viewers. Add to that the minefield of comedic theory, and it’s no wonder that most never hit their mark. Investing in any sitcom halfway through is a gamble, but watching a foreign sitcom a full season in? That’s sentencing yourself to confusion and boredom.

This is exactly how I felt three episodes into Arakawa: Under the Bridge x Bridge (or X2, as it is also called). At that point, all I gathered was that Arakawa is an anime sitcom about a group of people, one of whom wears a turtle costume at all times, that live in a town and know each other somehow. With very little context for these characters, I could see myself 10 episodes down the road, judging the series based solely on its visuals and music, both of which were quite good, but that hardly makes for a compelling review. I scrambled to Wikipedia to read a synopsis of the original manga and first season of the show. Without spoiling anything for myself, I was able to learn that Kou Ichinomiya, who was raised never to let himself become indebted, had been rescued by a girl from Arakawa named Nino. In order to repay the debt, Nino tells Kou that he must fall in love with her, and so begins his stay in the wacky town of Arakawa. 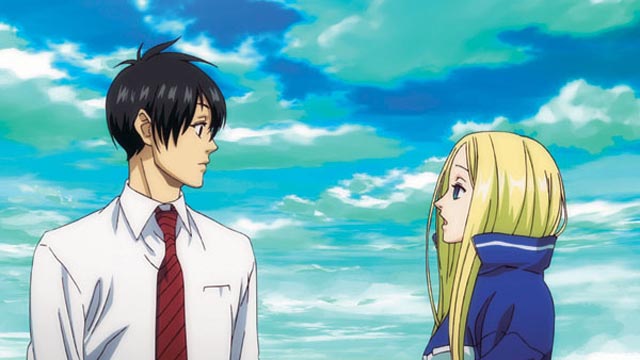 I jumped back in where had left off. The extra knowledge didn’t help me make sense of anything. The characters had obviously evolved since their initial introductions, which I would appreciate as a fan, but as a newcomer, I was becoming more and more frustrated. It also didn’t help that several of the characters had multiple nicknames and pet names, so even though I knew the relationship between, say, Kou and Nino, I wouldn’t understand who “Riku” was when they talked about him (aside: some people refer to Kou as Riku, because, “why not?”). After returning to the scene of the crime just as confused as I had been without any information, I tracked down the first season and marathoned it before trying my luck with the second season again.

After completing my preliminary 6 hours of research, Arakawa X2 was much more enjoyable ride. Once I understood who these characters were and how they related to one another, I was able to appreciate the goofy one-off adventures they had throughout their second season. The second season is a little more light-hearted than the first and more time is spent on specific events rather than character introductions, which is why it is so hard to jump into. If you are already a fan of Arakawa, or are willing to familiarize yourself, Arakawa X2 is worthy continuation of a quirky series. As I said before, the animation is top notch, and the ensemble is unique and light on recycled tropes (which makes it a winner in my book). 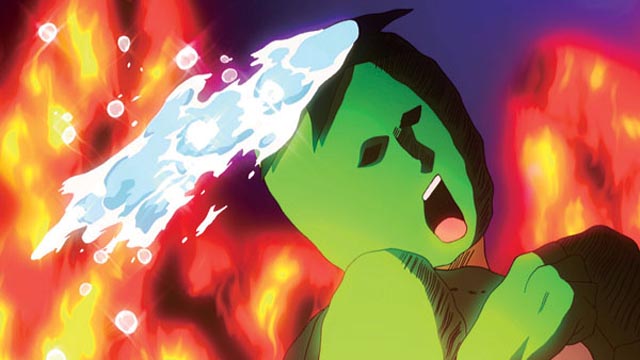 The Arakawa X2: Under the Bridge x Bridge Premium Boxed Set comes with 2 DVDs, 2 BluRays and an 11”x7” hardcover artbook and a hardy dust sleeve to hold all of it. There are also a few bonus features, like writer commentary, TV spots and a gallery, so fans are getting their $70 worth. There is a similar set available for the first season, and I would recommend starting with that if you are interested. Both seasons are of similar production quality, and the first 13 episodes are essential to understanding anything in the first episode of the second season. Arakawa is a very fun franchise if you’re willing to put the time in, but on an episode-by-episode basis, it’s hard to sit down and be entertained. Still, it was about as enjoyable an anime as I’ve seen without relying robots or dragons, so I suppose that speaks positively of it.