anohana: The Flower We Saw That Day Review 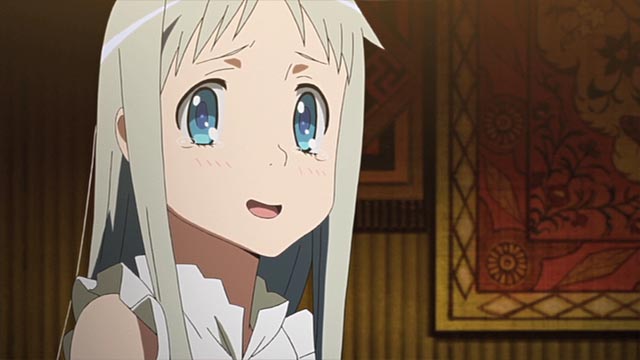 As a universal human experience, the exploration of death isn’t an uncommon theme in anime. While mortality has been depicted in a wide range of methods- from Shinigami no Ballad’s lead character escorting people through the afterlife to Colorful’s protagonist earning an opportunity for redemption by reentering the world, explorations of dying and bereavement have often been fanciful. NIS America’s recent publishing of anohana: The Flower We Saw That Day (aired in Japan as Ano Hi Mita Hana no Namae o Bokutachi wa Mada Shiranai) delivers an eleven-part series that’s more rooted in reality, revealing a variety of ways in which its characters deal with the passing of a childhood friend. Although this technique might initially seem like an unfulfilling, overly glum approach to the topic, a ceaseless supply of nostalgia and poignant charm ensures that the series is unfailingly tender. As such, even the most aloof anime viewer is bound to have their tear ducts flushed and their emotions passionately stirred.

Much of anohana’s potency hails from its technique of character development which contrasts a group of companions between two time periods. Through a liberal sprinkling of flashbacks we become acquainted with the Super Peace Busters- a team of six, carefree friends who gather at a makeshift clubhouse in the woods. Like most grammar school-age groups, their days are marked by a worry-free existence, filled with Gameboy Advanced play sessions and lighthearted teasing. Juxtaposed against this idyllic era is the depiction of the members ten year later. Devastated by the loss of one of the Peace Busters, the friends have drifted apart; each one dealing with grief in a different, but equally unhealthy fashion. 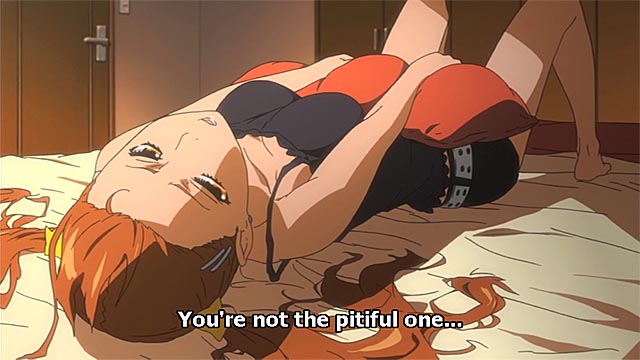 It’s this delta between blissful past and tortured, isolated present that helps ensnare viewers through the first two episodes. Well-crafted articulation of each main character maintains our attention through the remaining chapters. Although the series’ stimulus seems to be mere wish fulfillment, writer Mari Okada (Fate/Stay Night,Toradora!) offers a world which fractures simple fairy tale fantasy. When it’s requested that lead character Jinta “Jintan” Yadomi transcend his hikikomori-state and return to school, we watch as the teen makes several, painful failed attempts. Even the requisite comic relief of Tetsudō “Poppo” Hisakawa is sullied by the stain of sadness, as we learn that his globe-trotting follies were little more than an avoidant coping mechanism. Smartly, intermixed with all this grief are scenes of incredible warmth, such as when the group rekindles their youthful innocence to collect a rare Pokémon (called Nokémon for the lawyers). Rarely has a depiction of gaming as a social, congenial affair been as tender as anohana’s wistful articulation. Episodes habitually conclude with the series’ enchanting outro song, Secret Base ~The Thing You Gave Me~ (10 Years After Ver.)playing in the background- ensuring additional, forceful tugs of the heartstrings.

Visually, A-1 Pictures (Persona: Trinity Soul, Working!!) artistry is consistently exquisite, whether depicting the passionate skies of Chichibu’s afternoons, or the meticulous detail of a UPC code on the back cover of a notebook. Likewise, the studio’s depictions of the Super Peace Buster team is inspired, rendering characters across two distinct stages. Fastidiously, the movements of child and young adult are articulated distinctly, adding a minor but convincing detail to the anime’s already credible characterizations. After witnessing anohana’s thinly veiled references to video games and anime, it shouldn’t be surprising for viewers to feel that Meiko “Menma” Honma bears a slight resemblance to a certain Disgaea character, possibly pleasing Nippon Ichi’s faithful. 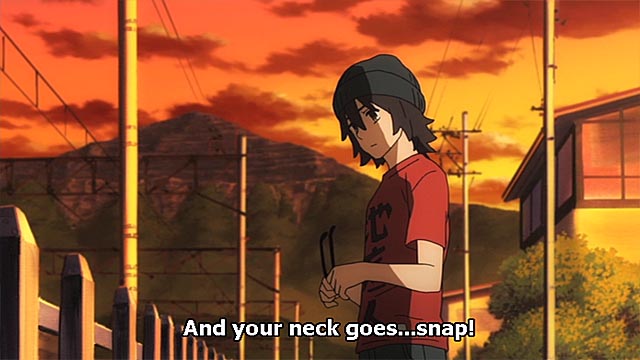 Like many of NIS America’s previous efforts, both DVD and Blu-Ray iterations are bundled together, with both versions offering immaculate picture quality. While supplemental books often seem like obligatory supplements to justify the elevated expense of a collector’s edition, anohana’s accompanying hardcover text is a must for any fan of the series. From translations of Jintan’s t-shirts, stills, character sketches and bios, this is an ancillary that aficionados will repeatedly study.

While many anime are capable of delivering diverting entertainment, anohana: The Flower We Saw That Day is one of those exceptional series that is so moving, it’s capable of altering the viewer’s perspective. While I can’t promise other, less sentimental watchers will experience the same reaction, for me anohana made me appreciate many of the seemingly small, insignificant elements of existence and the social bonds which make these things worthwhile. In that respect, the series is unconditionally recommended; share it (and an amble supply of Kleenex) with someone you care about deeply. 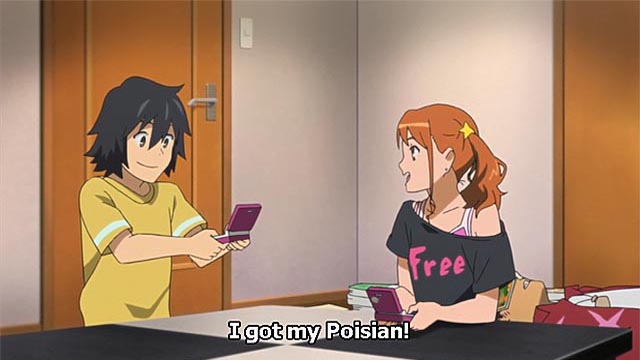 Previous: Dishonored Preview
Next: New Releases for the Week of August 5th, 2012