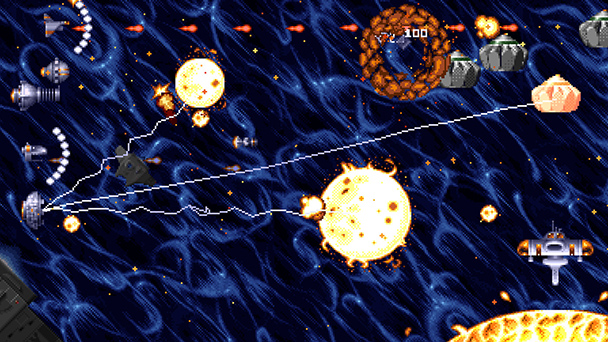 1993 Shenandoah is a curio with nearly a three-decade gap between development and release. Yet, it captures the indie zeitgeist of a lapsed era when games were crafted in garages rather than sprawling studios. Those who lived through the ‘90s are likely to appreciate journeying through this serendipitous worm-hole for perspective of the industry’s progression. It’s distinctive and rather enjoyable, too.

Shenandoah: Daughter of the Stars demonstrates the longevity of the shoot ‘em up genre. Back in 1992, Krister Karlsson and three of his friends set out to make a game for the Commodore Amiga. Following the development of a demo and the backing of a publisher, the project continued toward an imminent release. But that never happened. When finalizing the project, teenage melodrama ensued. The team broke up, work was halted, and the demo was unceremoniously put into a storage box.

Luckily, the project was recently unearthed by Karlsson, who rediscovered the demo when preparing for housing renovations. Excitement spread organically, allowing several like-minded developers to finally bring the once-lapsed game to market. Renamed 1993 Shenandoah to memorialize the game’s extraordinary hiatus, the game has been completed, and it now available on Switch. But was it worth the wait? 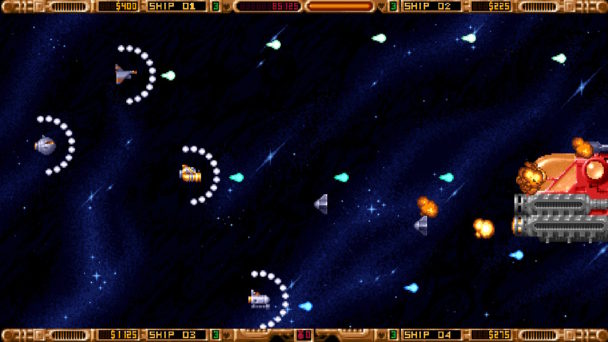 Head into 1993 Shenandoah and you’ll be reminded of the industry’s halcyon days, before board room decisions and focus groups commodified our beloved hobby. During the early ‘90s, the European demo scene was still quite active. From bedrooms and garages, small teams would create programs that would push the hardware to its limits. Not unlike the bravado of street art or hip hop, individuals could make a name for themselves, coding dazzling proofs-of-concept that flaunted tantalizing visuals and seducing sounds.

Much of this coding was mere boastfulness, but some would form the foundations for a game. But often, these works felt reverse-engineered for technical amazement, rather than designed from the ground up for amusement. But in retrospect, many of the imaginative ideas that sprang from the era might be preferable to today’s overly risk-avoid efforts.

An Unprecedented Amount of Weaponry

This experimental spirit runs throughout 1993 Shenandoah. While shooters like Gradius 3 provides players with a multitude of different weapons, Shenandoah’s arsenal is unrivaled. At the beginning of the game you’ll be able to select from six different Class 1 ships, as well as a trio of Class 2 vessels. The former are small and nimble, and are able to carry two weapons, while the latter are larger, accommodating a quartet of different armaments. Ships can be upgraded further, contributed to the game’s longevity. And unlike most modern shooters, where single-credit clears are possible, 1993 Shenandoah favors perseverance over practice, as you invest currency into your arsenal for a fighting chance.

At the start of each of the game’s fifteen stages and proceeding sentinel battles (the game’s name for bosses), you’re able to purchase and upgrade weaponry. Here, Shenandoah extends twenty-five different weapons across a trio of categories. Each can be upgraded up to three times. You’ll find many of the traditional types of guns here which fire homing rounds, a rapid-fire succession of mini-gun ballistics, and even enemy-piercing rail guns. Although some might criticize the game’s lack of balancing, many might find benefit to the approach. Experimenting with different ships and loadouts in order to conquer each foe-filled stage is its own reward. You’ll also have to learn to prioritize certain adversaries. While collisions with some remove one of the regenerating, rotatable orbs that protect your ship, other impacts will instantly destroy one of your ships. 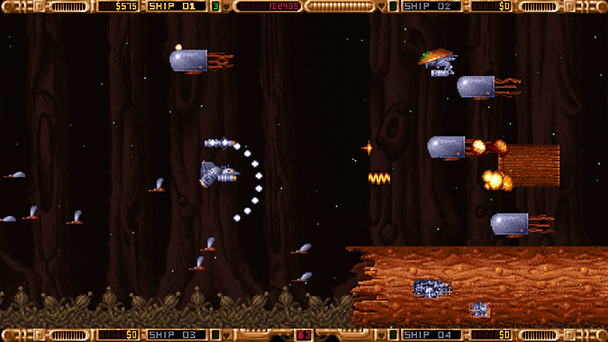 A Wealth of Enemies, But Attack Patterns are Basic

Shenandoah does stagger with its stage design. Having over a hundred enemy types adds variety. While you’ll be flying through dense minefields and asteroid belts in some levels, other stages push players through interior areas filled with defense turrets that launch bullets or bolts of lightning. Other features like magnetic battlements guarding channels filled with currency contribute distinction. But when compared with many modern shooters, the repeating waves of opponents can feel slightly generic, a sentiment that’s exacerbated by stages that can be a bit too long. It’s a minor quibble, but Shenandoah’s attack waves are recycled a bit too often.

Fortunately, sentinel showdown help make up for this. Naturally, these escalate the level of difficulty, requiring razor fast reaction when powerful projectiles are released. Sporadically, these battles are a bit more ambitious, requiring you to destroy the core of a generator. While Shenandoah is light on exposition, the pop-up dialog provided hints is a welcome addition. Another remarkable component is the game’s ability to accommodate up to four co-operative partners, which should ease the difficulty of these confrontations. 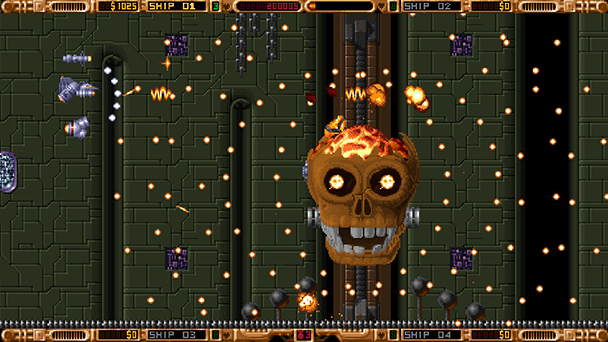 Visually, makes the jump from Amiga to Switch quite nicely. Players can expect a wealth of effects from the era, from stages that end with a wavering transition to an amble display of particle effects. Those with a fond memory of 68000-based gaming will undoubted by delighted with the spritework, background tiling, and occasional visual indulgence like a giant animated dragon that spans several screens in size. Sonically, there’s the housey beats and those choral melodies that evoke the period, but you’ll find that the music loops are a bit too short. Another fault can be found in the sound mixing, where certain explosions and klaxons are far too loud. That said, there are some especially satisfying sound effects. The crunchy collapse of glass domes is every bit as satisfying as the score bonus.

Will those without a recollection of Amiga gaming appreciate 1993 Shenandoah? The games departure from shooter tradition remains, goading gamers into augmenting a ship that emits a constant barrage of bullets. And while Shenandoah isn’t reluctant to fill the screen with bullets, it’s far more benevolent than contemporary bullet-hell titles. For veterans, the game is likely to spur speculation of an industry where independent efforts still dominate, an age when aspirating teenagers can showcase their skills with the world. 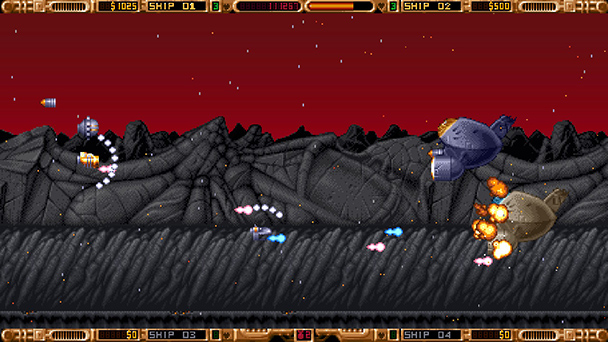 1993 Shenandoah was played on the Switch with review code provided by the publisher.

1993 Shenandoah review
1993 Shenandoah is a curio with nearly a three-decade gap between development and release. Yet, it captures the indie zeitgeist of a lapsed era when games were crafted in garages rather than sprawling studios. Those who lived through the &lsquo;90s are likely to appreciate journeying through this serendipitous worm-hole for perspective of the industry&rsquo;s progression. It&rsquo;s distinctive and rather enjoyable, too. Shenandoah: Daughter of the Stars demonstrates&hellip;

Summary : 1993 Shenandoah shirks the formula popularized by single-credit shooters. Instead, you’ll grind to build a warship outfitted with awesome amounts of weaponry. It’s a design decision that lends a light role-playing feel and ultimately makes Shenandoah worth seeking out.