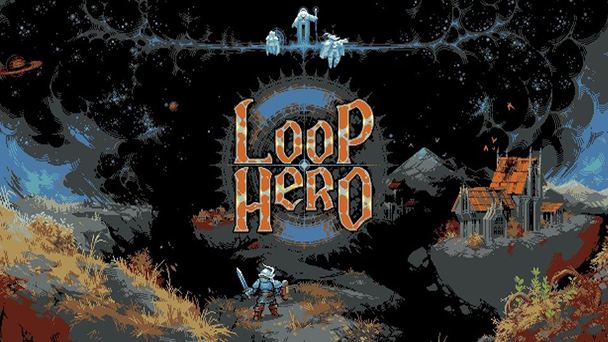 With light role-playing, inventory management, deck building, and even city managerial components, many of Loop Hero’s components might feel a bit familiar. But when assembled in interlocking and occasionally ambiguous ways, the title is like nothing else out there. 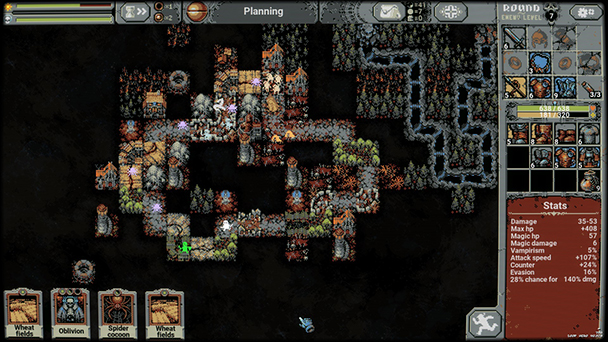 Remembrance is a reoccurring theme in Loop Hero. In Four Quarter’s (Please Don’t Touch Anything) latest release, the stars are slowly disappearing. Heartbreakingly, no one is taking notice of the gradual demise of the world. “Even the memory of it will be gone”, a text-based prologue states, threating to undo all of a civilization’s progress. Fortunately, the game isn’t always so nihilistic, injecting a bit of dark humor from its monstrous cast.

But Loop Hero’s patchwork of mechanics could likely trigger a wellspring on memories in players. At the most basic level, play mirrors a reverse-tower defense game. The game’s amnesiac protagonist will tread across a succession of circuitous paths. Initially, low-level slimes will halt your progress, promoting combat to automatically play out in a pop-up window. While turn-based, you won’t control the lead character’s actions directly, but you are responsible for a multiple of factors that influence their stats. 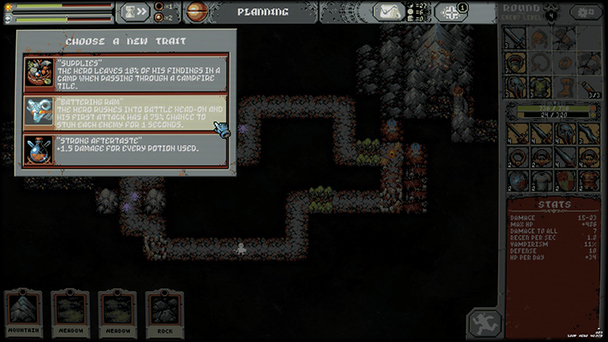 Of Swords, Valleys, and Victories

The dividends of success are items and cards, revealing another of Loop Hero components. The former has a basic level indicator, but you’ll want to hover over them to check for passive perks. Some of my favorite weapons and armor have a regeneration attribute. While battling with harpies and giant spiders or just walking between the main loop, you’ll manage to heal for a few hit points every second. Or maybe you favor sheer striking power, augmented by a change for a critical. Loop Hero’s different character classes has their own style of play (especially the Necromancer, who favors indirect conflict). But beyond that character build extends a wealth of autonomy.

Cards, the second dividend, open up additional possibilities. Pick up one and the game divulges all the locations where it can be placed. Some cards like rocks and maintains can be positioned outside the main loop, upping your maximum HP by a few points. Position one next to a preexisting rock or mountain and you’ll even earn an additional health bonus. But other cards require placement on the main loop, often serving as monster generators. 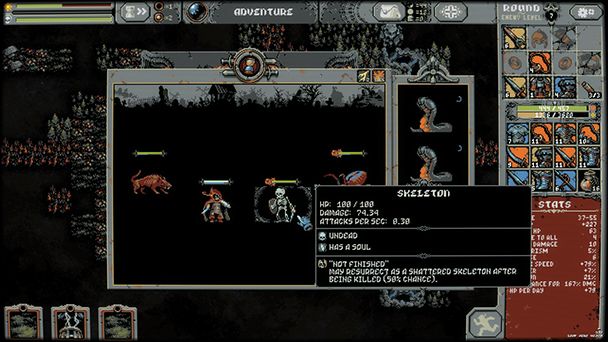 Like a city management sim, you’ll want to be very deliberate with your placement. Build around a treasury and you’ll earn a wealth of resources. Place a number of mountains together and Loop Hero turns the cluster into a massive peak. While you’ll earn bonuses, the peak will also release the occasional harpy who flies over to the loop, looking for blood. While a hoovering over a mouse reveals essential data, sporadically you’ll own learn about the repercussions of placing cards through experience. And then, there’s a whole other module between loop runs, where you’ll take collected resources to build up you base of operations.

Amazingly, the combination of components is complex but never prohibitive. Each draws on your own experiences gaming memories, feeling vaguely familiar. Have you built up a section that draws too many creatures in a section of the loop? Plop down a Road Lantern card which will safeguard a zone, similar to the protection a fire station offers in SimCity. While Loop Hero can be shoehorned into the roguelike genre, due to its punitive deaths, random loot, and permanent upgrades, it doesn’t resemble any of its contemporaries. Evidence of this is found within in-game progress. At first, it’s not always evident what affect your actions will have on each stage. But experience becomes the teacher here, revealing the repercussions of every decision. Smartly, there’s enough substance to sustain this sense of mystery for quite a few hours, as you develop your deck, master each class, and confront a multitude of different bosses. 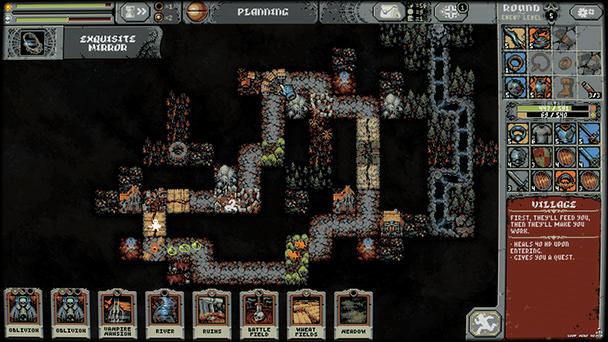 Exposition occasionally arrives in remarkable ways. While there’s the gradually drip feed of info between loops, there are also insights delivered the first time you meet many new monsters. Each narrative morsel reveals a new facet about Loop Hero’s world. But the game’s narrative is careful not to disclose too much, undermining the sentiment of uncertainty that permeates playtimes.

Completement the storyline is a delightful pixel-art aesthetic that recalls the early days of computer gaming. Sporadically, you’ll be treated to imagines that flaunt dithering, a lost art from an era where computers could display limited colors. Completing the aesthetic is a filter than emulates the scan-line of a CRT monitor. While you can opt for a Commodore 64-style font, Loop Hero also offers a modern typeface and even one to assist players with dyslexia. Musically, the game’s chiptune soundtrack ensures audio isn’t anachronistic. Sound effects are often whimsical, with a roster’s crow signaling the start of a new night/day cycle. 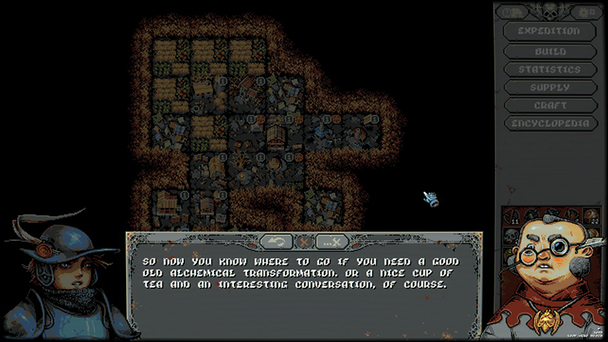 What’s most interesting about Loop Hero is the game difficulty. Effectively, you’re in charge of the level of challenge, placing cards that directly or indirectly generate adversity. Likewise, you can play it safe, opting to retreat after each trek around the loop or stick around and face tougher battles. All too often, it seemed like the title was daring me to continue, when prudence suggested I should retire. It’s hard to not appreciate a game with randomized features where failure rests squarely on your shoulders.

While memory in Loop Hero may be endangered, the title is adept at generating recollections of its own.

Loop Hero was played on PC with review code provided by the publisher.

Loop Hero review
With light role-playing, inventory management, deck building, and even city managerial components, many of Loop Hero&rsquo;s components might feel a bit familiar. But when assembled in interlocking and occasionally ambiguous ways, the title is like nothing else out there. Remembrance is a reoccurring theme in Loop Hero. In Four Quarter&rsquo;s (Please Don&rsquo;t Touch Anything) latest release, the stars are slowly disappearing. Heartbreakingly, no one is taking notice of the gradual demise of&hellip;

Summary : Loop Hero is a complex machine comprised of a lot of familiar parts. Although it's also astonishingly accessible, there's enough depth and variation to hold your interest for a very long time. 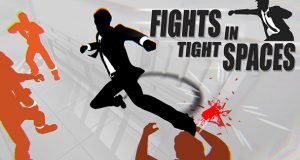 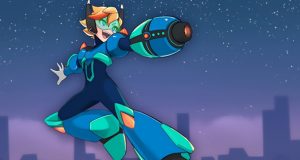