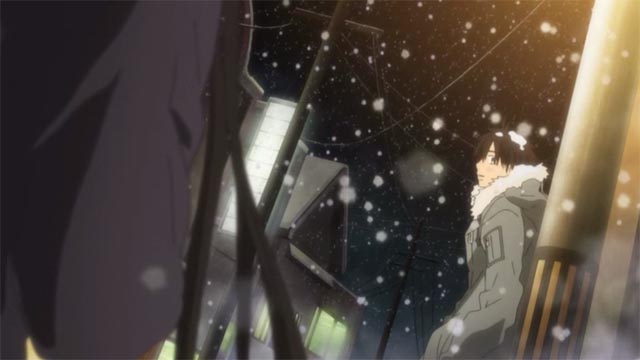 Playful titillation has become a traditional quality in NISA publishing efforts- from the penetration of a Reyvateil’s ‘installation port’ by an enlarged crystal in Ar Tonelico: Melody of Elemia to an impish onsen cutscene in Hyperdimension Neptunia mk2. Remarkably, the company’s output of anime has sidestepped these salacious subjects, eschewing the bouncing boobies and fierce mecha combat which viewers might have expected from N1’s American arm.

With subjects which range from WAGNARIA!!’s quirky cast of restaurant workers to Our Home’s Fox Deity’s gender-switching, mischievous animal spirit, NISA localization choices have been both inspired and capricious. More than once I had presumed I’d be uninterested by a series such as Toradora! or Katanagatari, only to find myself steadily devouring each subsequent episode with fervent fanaticism. Undeniably, the most surprising discovery has been Kimi ni todoke, which charmed me with its idyllic portrayal of high school romance. Whereas stateside media typically prefers a hasty romanticization, the series focused on the amusing idiosyncrasies of a burgeoning relationship, compassionately conveying the subtleties of innocent awkwardness and moments of tacit tenderness. 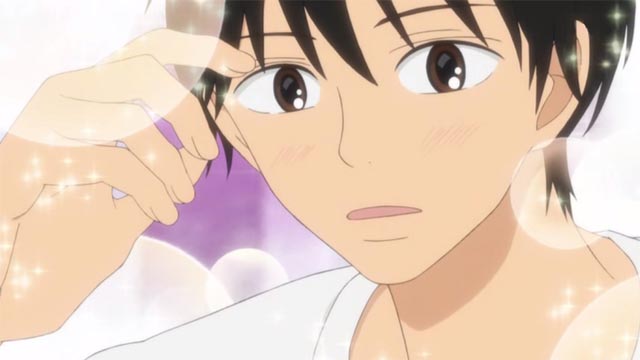 With the release of the second volume of Kimi ni todoke: From Me to You, the remaining twelve episodes (less Night Talk– a superfluous, summarizing installment) round out the anime’s first season. Romance– the collection’s opening chapter, resolves the incident which punctuated the first volume- foreshadowing the misunderstandings and jealousy which linger through the backdrop of this collection. While Sawako and Kazehaya’s sentiments are indisputably obvious to the audience, both characters prove unable to articulate their feelings, endowing each episode of Volume Two with restrained romantic tension.

For some, witnessing the characters’ faint misunderstandings and powerlessness to profess their emotions- as well as the accompanying pace of the series, will be troubling. Others will appreciate the series for its ability to articulate the complex mindsets of Sawako and Kazehaya as well as Ayane, Chizuru and Ryu- the pair’s circle of friends. Both the extended build-up and the development of each character help to elevate the moments that many anime take for granted, allowing a hug or fleeting glance to express heart-tugging mutual fondness. Once the context for Volume Two’s finale comes into focus, Kimi ni todoke rarely misses an opportunity to stoke the smoldering blaze of anticipation. Pleasingly, the collection maintains a tender crescendo right up to the finish, with A Christmas, The Two of Them and A Birthday showing a courtship that ranks as one of the medium’s best. 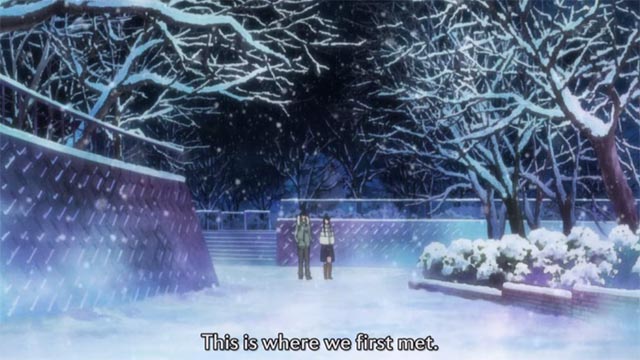 As is becoming customary for NISA’s anime releases, Volume Two’s Blu-rays and DVD’s are housed in a sturdy cardboard case, adorned with pivotal moments from the collection’s 273-minute running time. Both editions offer immaculate picture quality, allowing Kimi ni todoke’s vibrant palette to help express the anime’s serene and quixotic tone. Accompanying the two slimline cases, is a hardbound book, entitled Our Memories, compiling poignant moments from the series as well as accompanying scenery shots. Curiously, my book included the cover for a seemingly unrelated text inside the first page.

NIS America’s refusal to pander to the shōnen crowd has bestowed a number of successes on these shores, exhibiting a side of Japanese culture which transcends the fetishized gothloli and breast-obsessed animation which has dominated the industry. Kimi ni todoke: From Me to You Volume Two is quiet, introspective, and thoughtful; it’s a journey which forgoes the spectacle of fighting robots to deliver a barrage of emotional fireworks for the patient viewer. 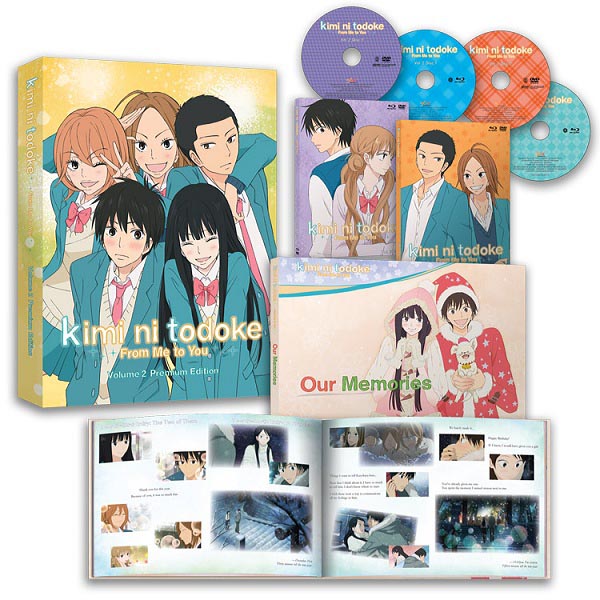