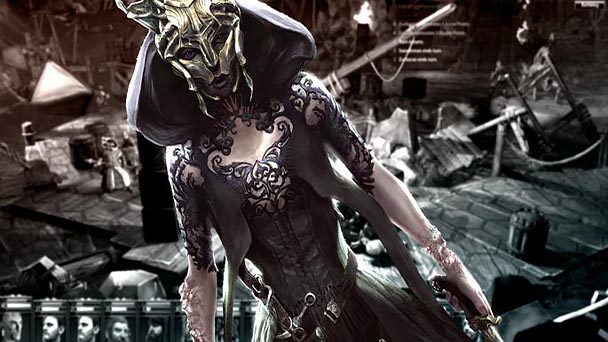 Last month I previewed Daedalic Entertainment’s Blackguards 2, and though it had potential, the game sadly didn’t win me over. Now, a few weeks after this tactical RPG’s launch, I can safely say my opinion has changed quite a bit.

Blackguards 2, is a title based on ‘The Dark Eye’ series of pen & paper roleplaying games. As I mentioned in my preview, considering this ruleset is somewhat unknown in English speaking nations, it’s rather surprising to see how Blackguards 2 dedicates no time to introducing it to players. You are expected to learn by doing, which is an admirable hands-off approach, but one which may turn newcomers away. 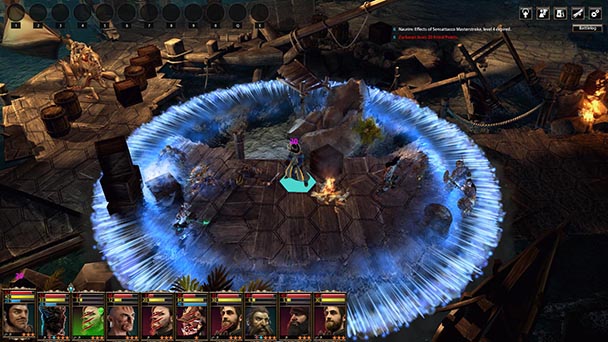 Taking place in a dark fantasy setting, Blackguards 2 quickly establishes a grim, somber mood. Players take control of Cassia, a noblewoman cast off to a monster infested dungeon and left there to die. The story follows our anti-heroine as she gradually turns insane, escapes her shackles and slowly sets forth a plan for revenge. While the plot itself is somewhat standard for the genre, it’s the uniqueness of Blackguards 2’s characters that make it stand apart from other games. Cassia is for all intents, mad and one wonders for the sanity of her followers as well, but as she amasses her forces from small rabble to rebellious army it soon becomes clear that madness is this character’s best trait.

Despite this, Blackguards 2’s story is very disjointed, plot points are presented at an abrupt pace, often with little context provided. This issue is even further reinforced if you have never played its predecessor, as players are expected to be familiarized with returning characters. Often, the story hinges on events from Blackguards, with only a minimal explanation of their importance. Those who have not played the previous game will feel left out at times. 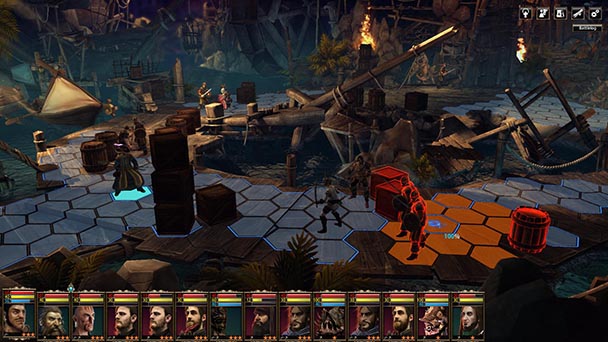 Combat is your standard hex-shaped tactical fare. Before each mission, players assign starting locations for each party member and are presented with mission objectives. However, you cannot view the map or enemy placement before choosing your team. Many times I found myself making wrong pre-battle choices simply due to the game’s insistence on providing poor intel.

Worse still, certain missions create false objectives, automatically switching the intended nature of each battle. One of these instances takes place early in the campaign, where you’re tasked with setting traps to stem the enemy flow. However, once the mission began, enemies poured from the opposite direction and the purpose of the assignment was to escape their grasp. The idea sounds interesting in theory, but I found it more annoying than anything else, made even worse by the fact half of the traps didn’t work for no apparent reason. 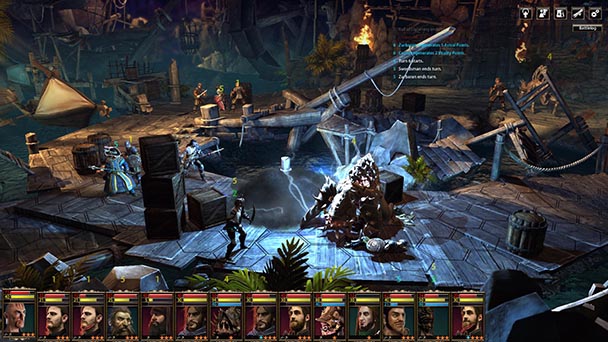 For the first portion of Blackguards 2, the combat is serviceable if unspectacular as linear objectives, a small party and repetitive visuals make for a poor first impression. However, the game soon opens up to reveal much deeper and engaging experience. Once Cassia frees a band of mercenaries, a travel map opens up. Suddenly, the linear structure of each mission is replaced with a new segment. Here, players are presented with cities, towns and other key locations to overtake, each with its own set of bonuses ranging from increased defense/offense to new store items. From there, you must slowly capture strategic points until you reach the capital for a final showdown.

Along the way, Cassia may recruit soldiers who will join her in each mission. These can also be upgraded to further enhance their effectiveness. It’s at this point that Blackguards 2 reaches its apex, the mix of tactical RPG combat with the conquest of territory provides an engrossing and addicting experience. 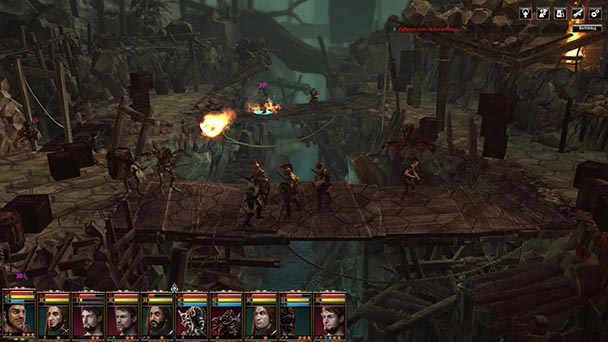 However, the combat itself leaves something to be desired starting with the HUD. As mentioned before in the preview, Blackguards 2 is needlessly complicated. Finding the right actions can be a chore, to the point where casting even a basic spell requires a minimum of four clicks. While this may not seem like much of an issue, it tends to slow down the pacing as battles become larger. Speaking of which, players are also not allowed to save during combat, this can be seen as a positive or negative depending on your play style, though I would prefer an “ironman” option instead.

Blackguards 2 features a somber art style, fitting of its theme, but sadly, it isn’t as well represented as it could have been on a technical level. Character model and graphical assets are often recycled from past missions which slowly wear down their welcome. Graphical effects are not as impressive as they could have been either. Often, major attacks and spells seem somewhat lifeless and dull. 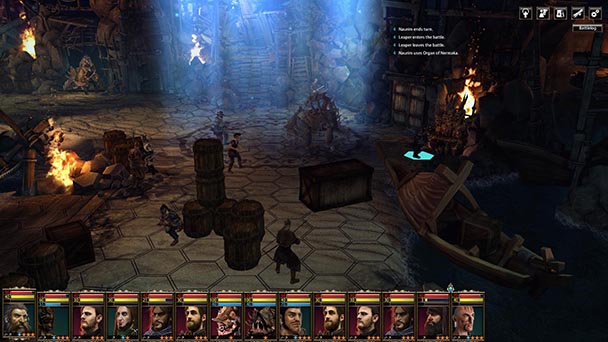 I am pleased to have enjoyed Blackguards 2 much more this time around, while many of the issues still persist, the overall experience is now much smoother. The initial set of missions create a poor first impression, but players who persist will find enough gameplay variety interesting twists to keep them coming back for more.

Blackguards 2 was played on the PC with review code provided by the publisher.

Blackguards 2
Platform: PC
Developer: Daedalic Entertainment
Publisher: Daedalic Entertainment
Release date: January 20th, 2015 (US)
Price: $34.99 via Steam
Language(s): English/German voice, English, French, German, Italian, Spanish text
Blackguards 2 review
Last month I previewed Daedalic Entertainment&rsquo;s Blackguards 2, and though it had potential, the game sadly didn&rsquo;t win me over. Now, a few weeks after this tactical RPG&rsquo;s launch, I can safely say my opinion has changed quite a bit. Blackguards 2, is a title based on &lsquo;The Dark Eye&rsquo; series of pen &amp; paper roleplaying games. As I mentioned in my preview, considering this ruleset is somewhat unknown in English speaking nations, it&rsquo;s rather surprising to see how Blackguards 2 dedicates no time to introducing it to players. You are expected to learn by doing, which is an admirable&hellip;

Summary : Despite lacking refinement and having a slow buildup, Blackguards 2 provides a unique and worthwhile experience for any tactical RPG enthusiast.